Skip to content
Neal Morse – Sola Scriptura and Beyond 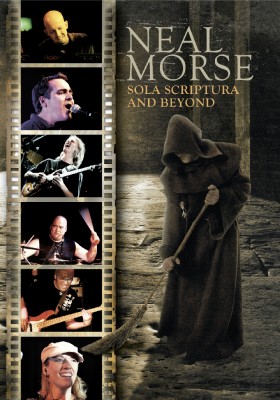 Neal Morse - Solo Scriptura and Beyond

Track Listing
DISC ONE – CONCERT
Recorded May 26, 2007 The Boerderij, Zoetermeer, The Netherlands

1. The Creation
2. The Good Don’t Last /Open Wide The Flood Gates
3. The Door
4. The Conflict / The Conclusion
5. Question Mark Medley
– The Temple Of The Living God
– Another World
– The Outsider
– 12
– Entrance
– Inside His Presence
– The Temple Of The Living God
6. Testimedley
– Overture No. 1
– California Nights
– Colder In The Sun
– Somber Days
– Sing It High
– The Storm Before The Calm
– I Am Willing
– Oh, To Feel Him
– Rejoice
– God’s Theme
7. We All Need Some Light
8. Wind At My Back

Sola Scriptura Tour – Behind The Scenes.
Bridge Across Forever acoustic version.
Question Mark Live: Recorded at The Columbia Club, Berlin July 14,2006
1. Sweet Elation
2. In The Fire
3. Solid As The Sun
4. The Glory Of The Lord
5. Outside Looking In
6. Help Me
7. King Jesus
8. Reunion
9. Encore Medley:
– We All Need Some Light
– Open Wide The Flood Gates
– Open The Gates Part 2
– Solitary Soul
– Wind at My Back

This DVD was recorded on my first tour with Neal Morse. Watching the concert and the tour documentary on the bonus disc brings back very happy memories of a very special period of my life. 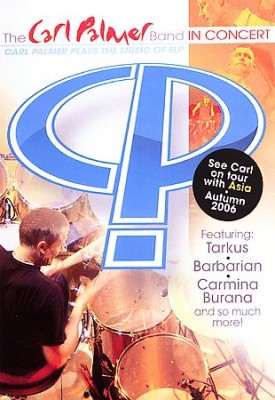 This DVD is the result of an MTV recording of a gig we did in Bucharest, Romania, shortly after I’d joined the band.

The gig was a difficult one; littered with mistakes and technical difficulties! There was no reverb on my amp, which, on the night, was fine as we were playing in such a big hall… However, when the DVD was put together, the only audio source was a direct stereo mix of what came out of the desk – close mic’ed guitar, D.I. bass and drums (result; completely dry guitar sound). There were zero edits made to the audio of this DVD… As a insight of me trying to get to grips with playing the pieces in the set just after joining the band, this may be worth a look. But if you’re looking for a good example of my guitar playing and the CPB at it’s best, then this is probably not the best place to start!