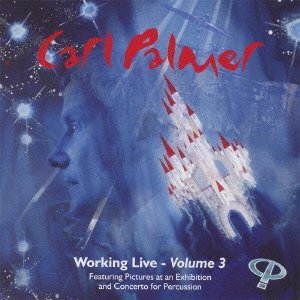 1. Peter Gunn
2. Romeo and Juliet
3. Pictures at an Exhibition
4. Bitches Crystal
5. Nutrocker
6. In a Moroccan Market

This album was a long time in the pipeline.  We started recording tracks for it when John Wheatcroft was the bass player for the band (2005 – although those tracks were later re-recorded by Stuart Clayton) and finally added the finishing touches in the studio on the 19th and 20th of January, 2009.

The album is essentially a live recording of a Carl Palmer Band show at The Robin Hood in Wolverhampton, with the exception of a couple of tracks – Nutrocker and Bitches Crystal.  We arranged Bitches Crystal before hand – that process usually consists of me and the bass player (Stuart Clayton at the time) exchanging a lot of e-mails containing recorded and transcribed ideas before going into the Studio and showing Carl what we’ve come up with.  Once in the studio, Carl tells us what he thinks about what we’ve done and gives us his vision for the piece.  What you have on this album is pretty much our first run-through of the piece.  I remember that I wasn’t sure what I was going to do for a solo so we agreed that I’d improvise something and then overdub a better solo later in the day – in the end we decided to stick with the improvised solo as it seemed to flow naturally and had the ‘live vibe’ that we were going for (after all, this is meant to be a live album!).

Carl had also mentioned that he’d like to do a version of Nutrocker.  Neither me or Stuart had found time to arrange it before hand and so we just presumed that we wouldn’t be doing it…  sure enough, on the second day, we sat in the studio working out Nutrocker by ear and then recorded our very first take.  I remember Carl saying that he wanted a bluesy guitar solo at the end of the song, but I wasn’t entirely sure what he wanted or where he wanted it as we’d never actually played the song up to the point of the guitar solo!  The first time any of us actually worked out what was going to happen at the end was when we were actually recording the take that ended up on the album – so, again, very spontaneous.

I really enjoyed recording like this – even if the end result was warts ‘n’ all!  I like the spontaneity of capturing a moment in time – as close to 100% inspiration as you can get, I guess.  It’s sad that the vast, vast majority of recorded music you hear today is polished and pro-tooled to death – it says a lot that this simple approach to recording was like a breath of fresh air… surely all recording should be like this?!!

Another interesting point about this album is the cover artwork.  Die-hard ELP fans will spot that the painting featured on the cover of the album also features on the original ELP Pictures at an Exhibition album artwork.  However, unless you’ve been to Carl’s London house I’m guessing you won’t realise that the original painting is hanging above Carl’s kitchen table!

Track Listing
1. Love is a Dream
2. Nickels and Dimes, Marbles and Stones
3. Not Man
4. Abstract Malady
5. Lullaby of Bedlam
6. Redemption
I. So Many Roads
II. Star for a Day
III. The Humdrum Life
7. This Good Place

I was excited when, in June 2008, I got an e-mail from Randy George (the bass player on Neal Morse’s albums) saying that he’d liked what I’d done on Neal’s last album, Lifeline, and asking me to contribute a few parts and solos towards his band’s coming album.

Randy asked me to record parts, fills and solos for 3 songs on the album. The material I recorded for 2 of the 3 songs got used on the album – click the underlined tracks above to have a listen. 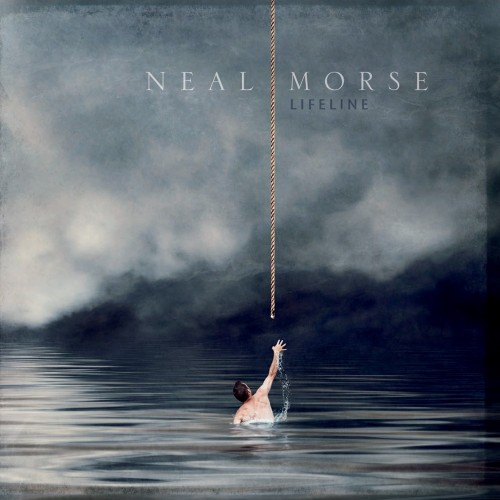 On Wednesday 12th of March, 2008, I received an e-mail from Neal asking me if I could record a few guitar solos for him by the coming Saturday. I was due to be marking some guitar practical exams at BIMM on Thursday and Friday (the following 2 days) and so, within minutes of getting Neal’s e-mail, I set about phoning every other guitar teacher I knew to see if I could get someone to cover the exams for me! When I’d gone through all the guitar teachers with no luck, I tried a bass teacher (well, it’s only 2 less strings – how different can it be?!!)… thankfully he agreed to cover for me on both days.

The next day (Thursday), Neal e-mailed me 3 backing tracks over which he wanted me to record guitar parts.

The first was an original track; ‘Fly High’ and the other two were cover versions for the album’s bonus disc; ‘Lemon’s Never Do Forget’, by the Bee Gees and ‘Crazy Horses’ by The Osmonds!

I recorded a full guitar solo for ‘Fly High’, but Neal decided to only use the last ‘Shred’ part of the solo (the rest of the original solo built steadily to the ‘shred’ climax that appears on the album).

For ‘Lemon’s Never Do Forget’ I recorded fills throughout the duration of the song, a Beatles-esque (as requested) guitar solo and a guitar orchestra harmony section at the end of the piece.

For ‘Crazy Horses’ I recorded a harmony guitar solo and horse noises! I later learned that Paul Gilbert had also recorded guitar parts for the track and Neal, not knowing that Gilbert had done parts before asking me, opted to use his instead of mine (who wouldn’t want to have Paul Gilbert play on their album?!!). 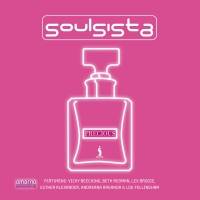 I remember recording the acoustic guitar part for ‘Heaven Rejoices’ in a church in Brighton. The studio control room was set up in a separate room and I recorded my guitar parts, alone, in the main room of the church. Somebody had set fire to a patch of wasteland behind the church… now, whenever I listen to my acoustic guitar part in the first verse and bridge of this song, I’m transported back to the magical atmosphere of that night; the room lit by the glow of the out-of-control fire and the flashing of the fire engines’ blue lights – all in the perfect still and silence of the inside of the church building.