After a great night’s sleep I woke up bright and early, partly due to jet lag but mainly because we had a cruise ship waiting for us!

The next 5 days would be spent onboard the MSC Poesia as part of the Cruise To The Edge – a Prog Rock festival and Caribbean cruise in one – it’s a tough job, but someone has to do it!  :oP

We had one of the ship’s minibuses come to collect us and take us to check-in/register. 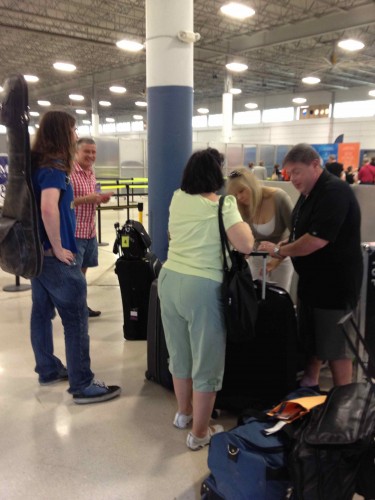 Once onboard I went to check out my cabin.  As soon as I opened the door, I realised my view of the Caribbean was going to be somewhat limited… 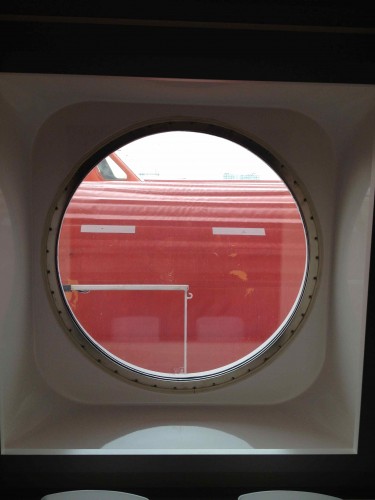 On the bright side, the view from the buffet was much better.  I went to get some breakfast/lunch but found myself stumbling at the first hurdle, having to ask a waiter whether the supplied food receptacle was a plate or a tray… it turned out to be a plate, but I figured I’d have to work my way up to American food portions, so used it to carry two bowls of salad… 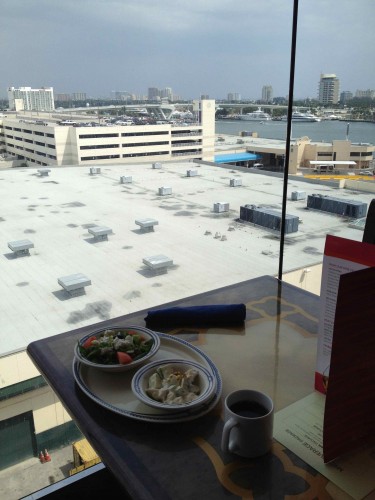 After lunch it was time for an emergency drill.  When the test siren went off we all gathered on deck wearing our life jackets.  Bruce was determined that if the ship went down, his computer was coming with him! 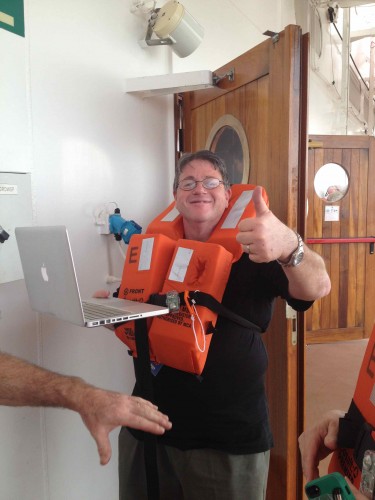 We had our first gig of the cruise in the evening.  Today we were playing in the ship’s main theatre. 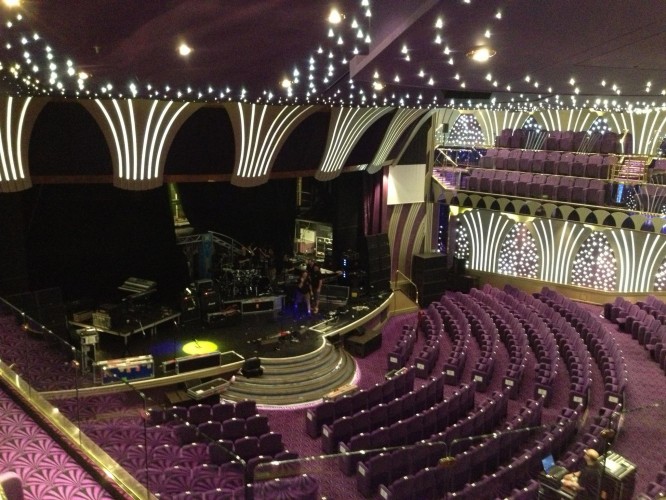 The gig went well, we had fun and it was nice to know that tomorrow would be a relaxing day off.