We spent the first half of the day driving from Germany back to The Netherlands (not as silly as it sounds, seeing as the two countries boarder each other and there’s a common joke that The Netherlands is so small, everything is an hour and a half drive away).

Tonight we were due to play one of my favourite venues – The Boerderij in Zoetermeer.  I’d never played here with Carl before, but it was the setting for my second gig (and the first time we played the full set) with Neal Morse, which resulted in the live DVD Sola Scripture and Beyond – happy memories!

We arrived at the venue and made ourselves at home in the dressing room before it was time to sound check. 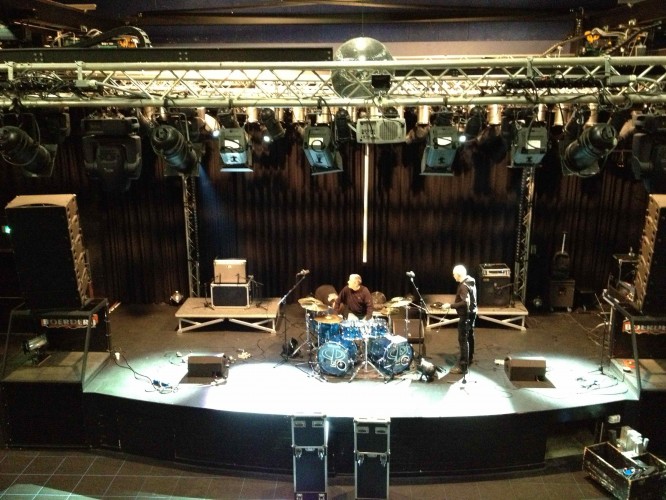 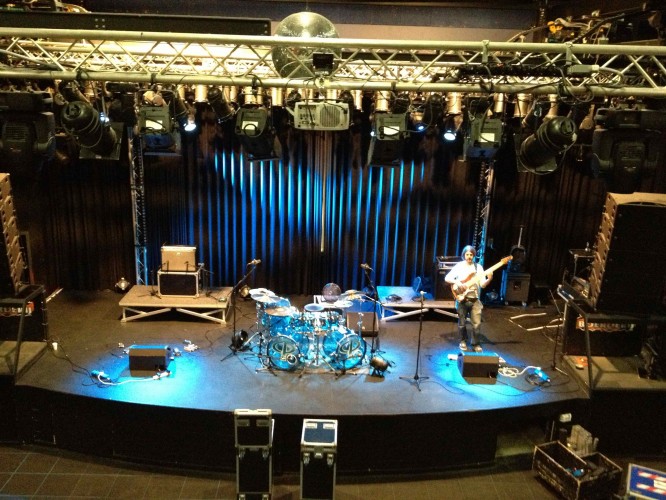 We were told that a special guest might be in the audience tonight, and it turned out that the rumours were true – Mr. Big lead vocalist Eric Martin came backstage to say hello… 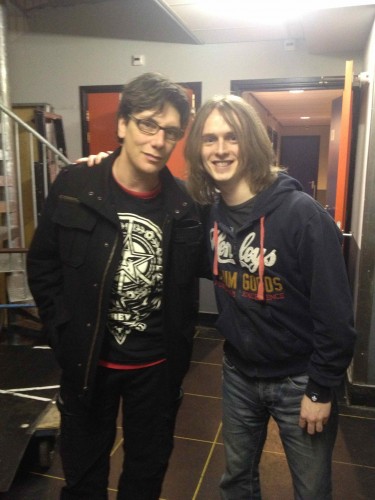 A great gig, a great venue and great to catch up with old friends/childhood hero!