We spent the first part of the day driving from Germany to The Netherlands. 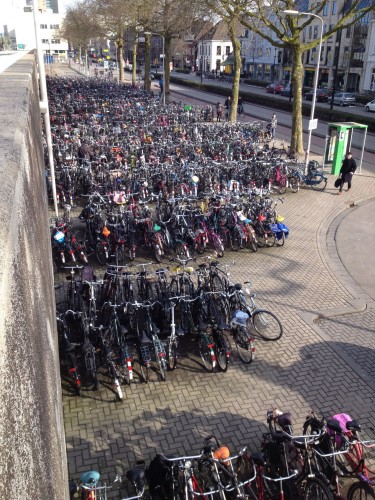 When we arrived at our “hotel”, we found a very nice bar that served food… but no sign of any bedroom facilities.  After further enquiry we were assured that we had come to the right place and that our rooms were upstairs.  After signing away our souls… 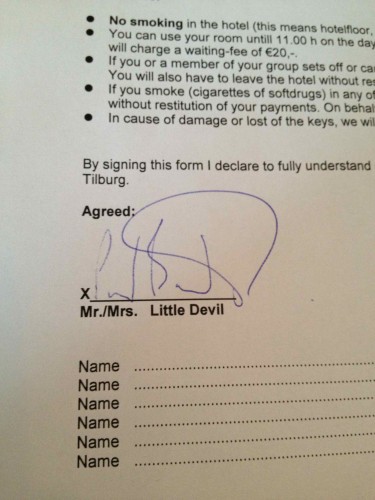 …we were led through the back of the bar and upstairs, where we were shown our youth hostel-style rooms, the communal bathroom and were assured that the freezing cold temperature wouldn’t be so bad after the heating had been on for a few hours.  I didn’t mind sharing a bathroom or spending the night in my allotted sub-zero room, but the fact windows had poorly fitted blinds that let more light in than they blocked out meant that tomorrow would probably be a very early start for me!

After not too much discussion it was decided that, after the gig, we would drive directly to the hotel in Germany where we were due to stay in tomorrow night – a plan welcomed by all!  Not wanting to let the best part of the establishment go to waste, I ordered a soup and espresso before we left for the venue. 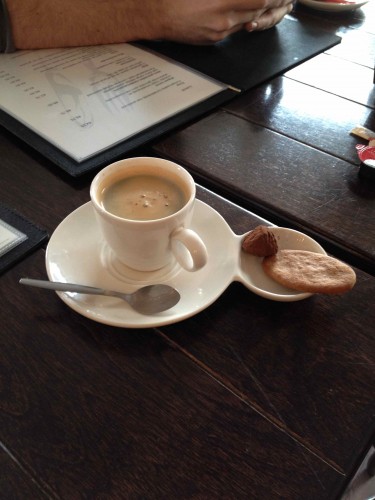 When we arrived at the venue we found a small, dark and aptly named rock club with lots of character and friendly staff. 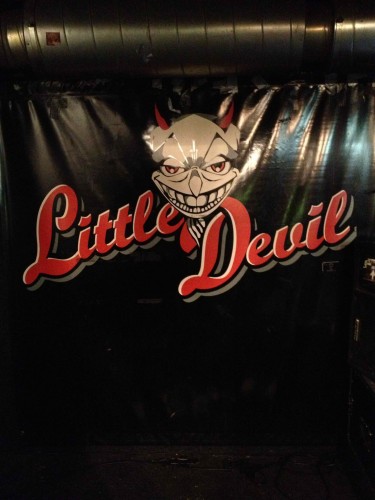 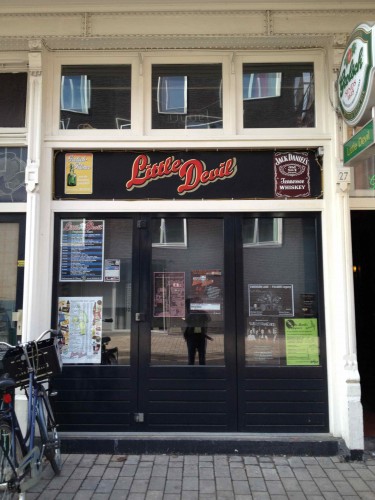 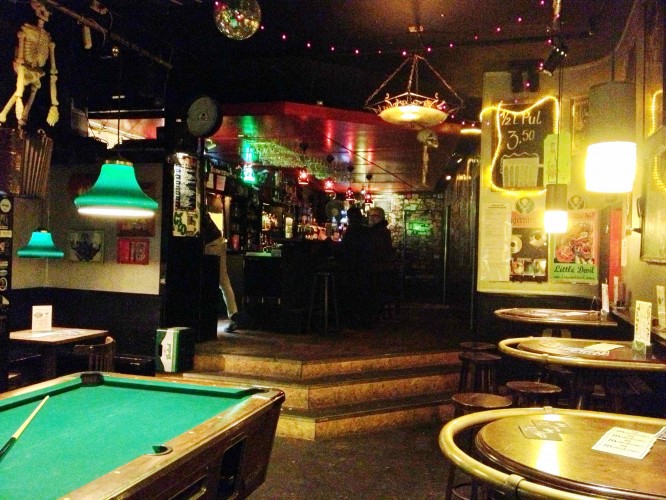 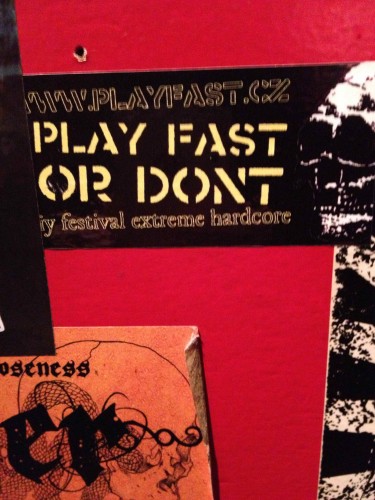 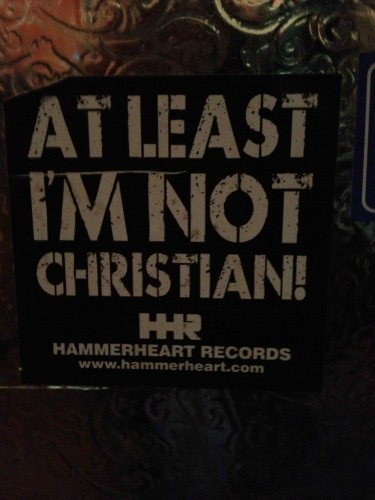 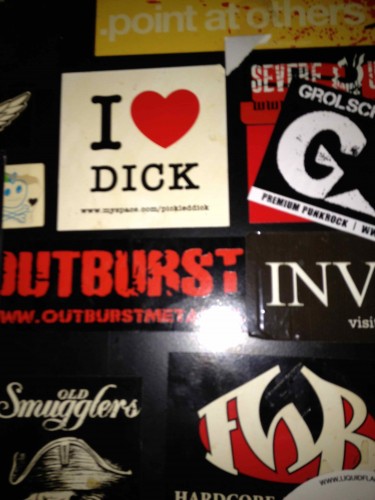 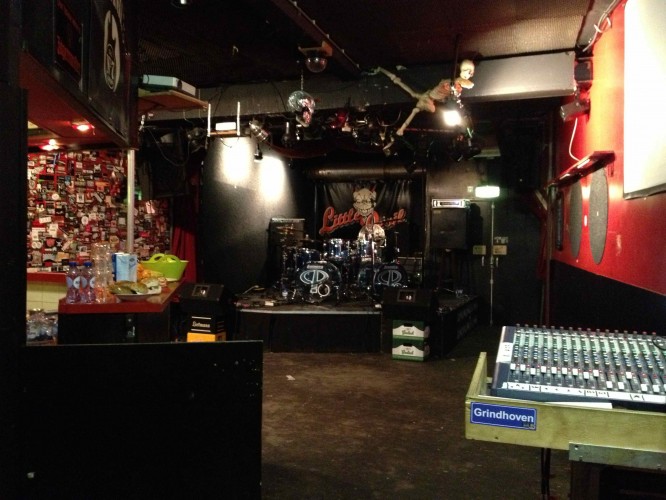 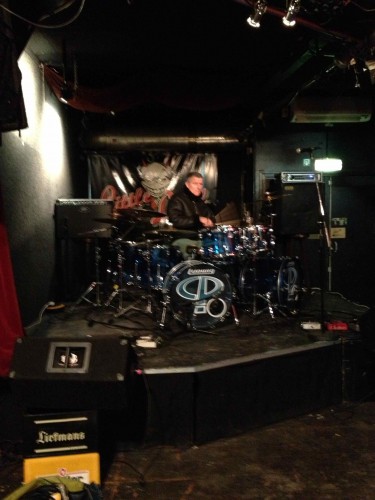 … with a little help from Simon… 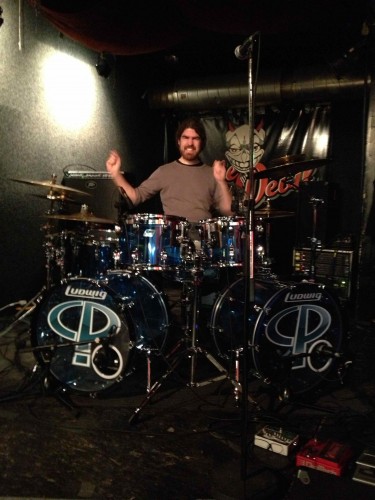 Our dressing room was a rather charming dungeon with its entrance in the corner of the room. 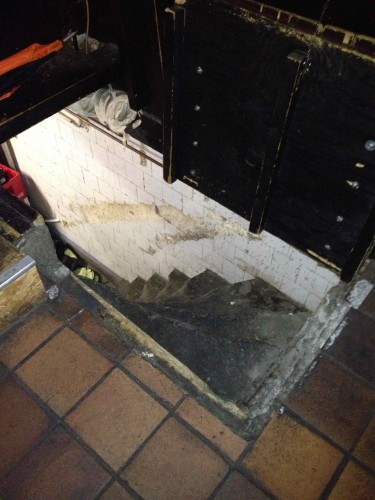 … but it had the added bonus of being the bar’s stock room!!!

After the show we drove to, as planned, to the town of our next gig – Nuess, Germany.