I’d been woken up and kept awake for most of the night by an intense headache.  At breakfast it became clear what had caused it; I’d not had a single coffee in the previous couple of days (opting instead for green tea) – clearly my caffeine addiction is a serious one, as the moment I started to drink my morning cup, the headache faded.  A few cups later it had completely disappeared. 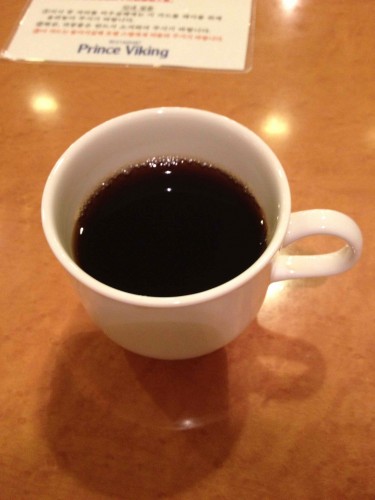 The Japanese seem to have come up with ingenious solutions to problems the rest of the world don’t even realised exist.  One such problem is someone stealing your seat in the hotel breakfast room while you’re busy making a selection from the buffet.  The solution to this problem is a small card that you place on your table – genius!

Reassured that my table had been secured, I found a wide selection of food at the buffet – bacon, eggs, sausages side by side with dumplings, exotic fruit and other traditional Japanese foods.  One such cultural offering was Rice Porridge…

Our promoter Tetsuya had arranged to take Simon, Simone and myself on a sightseeing trip in the afternoon.  The first place he took us was a narrow alley which was used for the opening scene of the movie Blade Runner.  He told us that it was called “Peace Alley” – very nice, we thought.  Then he went on to explain how it’d got its name – years ago people would go to the toilet in it… soon the penny dropped – it was actually called “Piss Alley”!

Moving on from Piss Alley, we took a train to a local temple.  When we arrived at the station I realised how useful it was having a local guide – I didn’t fancy my chances navigating around Tokyo using the maps provided…

We arrived at the temple, had a look around and said a quick pray to whatever god we chose (our promoter gave us money to pay for our prayers)! 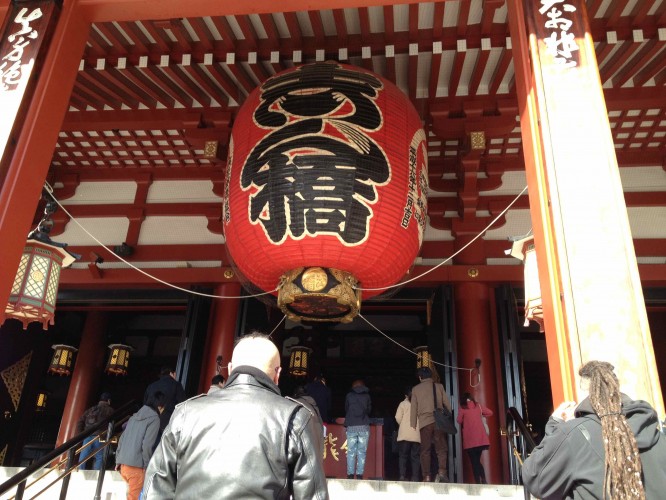 From the temple we moved on to an electronic district – an area of the city with lots of electronic shops and large multistory video game arcades.  We went into one of these arcades to find business men on their lunch break, playing bizarre video games using playing cards on a screen – they used the cards to control characters and armies – unlike anything I’d ever seen. 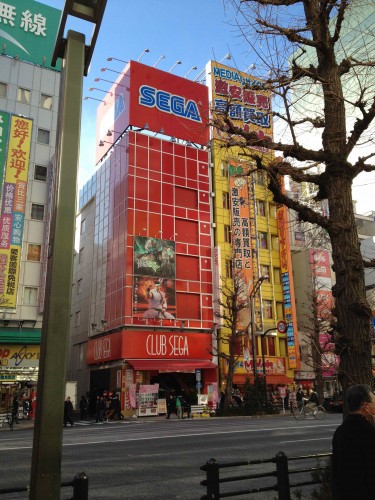 We moved on to the musical instrument district – dozens of guitar shops in one street – before heading back to the hotel where I made myself some green tea (the standard issue hot drink in Japanese hotel rooms) and did a little practice before heading out for a sushi dinner. 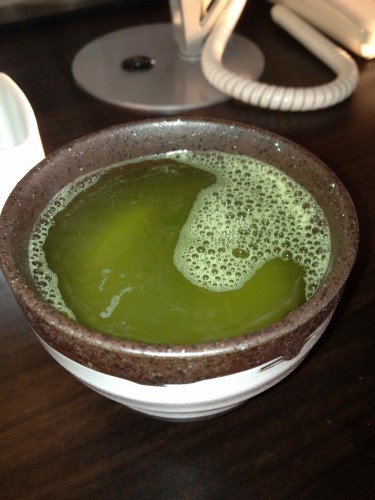