After a MUCH better night’s sleep I was feeling in good shape for our second and final rehearsal day.  We worked on the new tunes for a few hours and then ran the entire set.  After a full day’s rehearsal, and only a little less coffee than the previous day, Simon went to collect his car from the car park.  When he got there he found that the barriers had be locked down for the night, so we were stuck with no car until the car park opened again at 8am the next morning.  We arranged to leave our gear in the rehearsal studio overnight, go back to Simon’s via the London Underground and meet Carl first thing the next morning to collect everything. 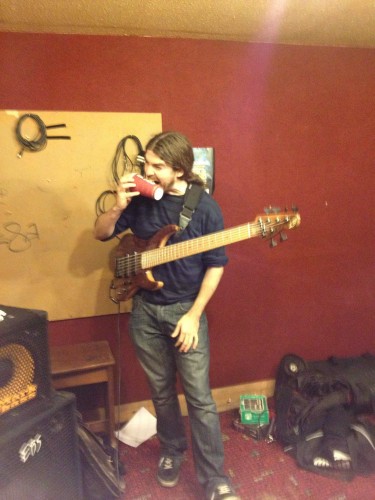 It took about an hour to get back to Simon’s flat, and when we arrived we decided celebrate the end of rehearsals with a meal at an amazing local pizzeria called Pragash.

Simon’s a big sports fan, and he’d arranged an evening of TV.  First up was UFC (Ultimate Fighting Championship) – something I’d never seen before – very brutal, but compelling viewing!

A little later a few more people joined us to watch the Super Bowl, making for a full evening of American culture… done simply in the name of tour preparation of course! 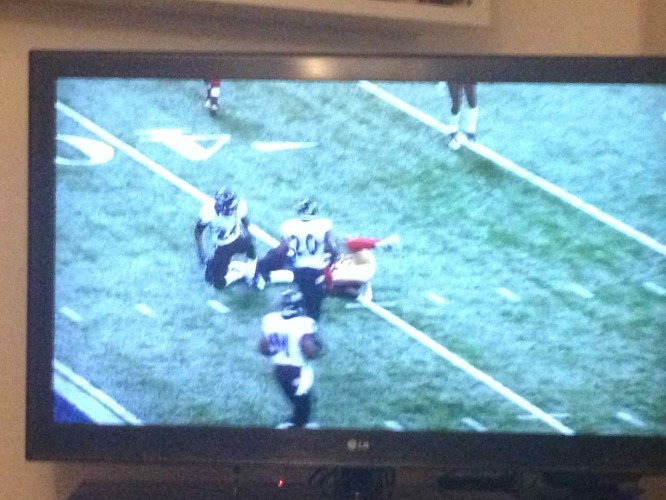