I was awoken at 10am by my phone – I panicked, thinking that I’d over slept again.  Thankfully, when I looked at my clock, I found that this was not the case.  I answered the phone to hear Marcel, our promoter here in Sao Paulo, telling me that my amp for tonight’s show did indeed have two channels – something I’d requested the previous day.  I thanked him for keeping me posted and reminded him that I needed a foot switch for it in order to change between the two channels.

The band and crew met in the hotel lobby at 12 noon and a little later we were picked up by Marcel who took us to a different branch of the same chicken restaurant we’d visited the previous evening – apparently they were sponsoring the gig by giving us free meals.  This particular branch was in a shopping mall where, like the rest of the world, Christmas had arrived early; it was funny that here, in this mall, we could have been just about anywhere in the world – does anyone else find it sad that travel is fast becoming a pointless exercise, with everywhere in the world looking the same? 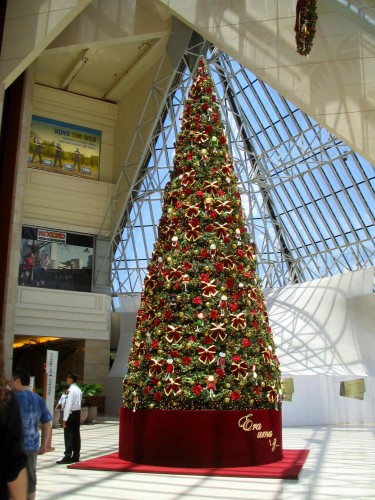 Me and Simon did our best to avoid chicken (we both felt we’d had our fill the previous evening) and after our meal we went to the venue – a cool rock club.  When I arrived the first thing I noticed was that my amp didn’t have a foot switch.  The guy who had provided it explained that there wasn’t one for it – doh!  I explained to Marcel that I absolutely had to have one and so he and Harry set off for a local music shop to buy one, along with a drum throne (a mere drum stool just won’t do when you’re drumming king!) and some guitar stands.  Harry and Marcel returned just when it was time for me to soundcheck; the foot switch worked perfectly – we were in business! 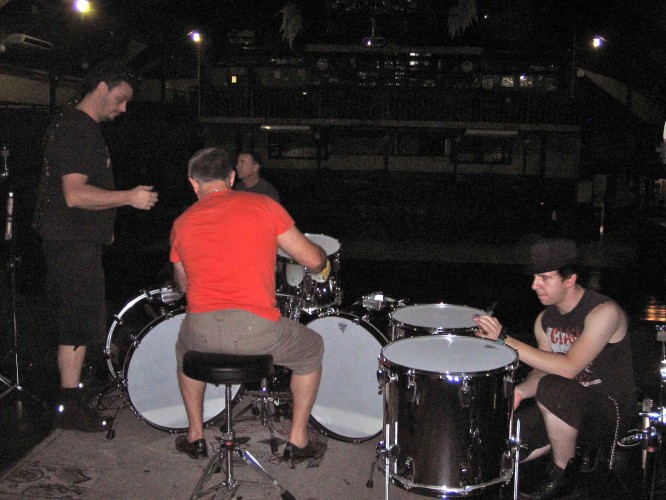 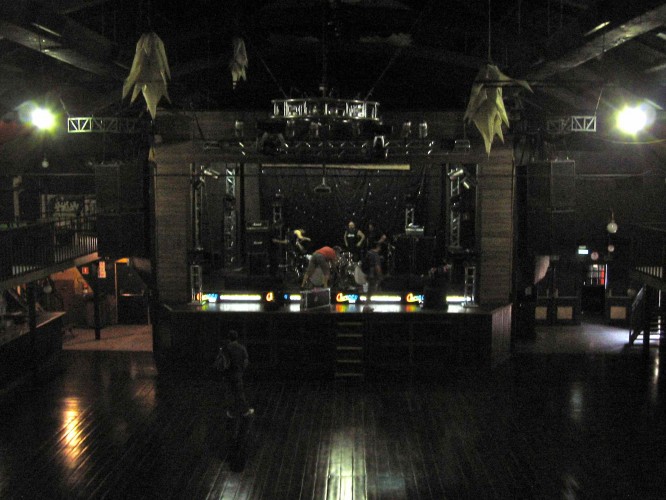 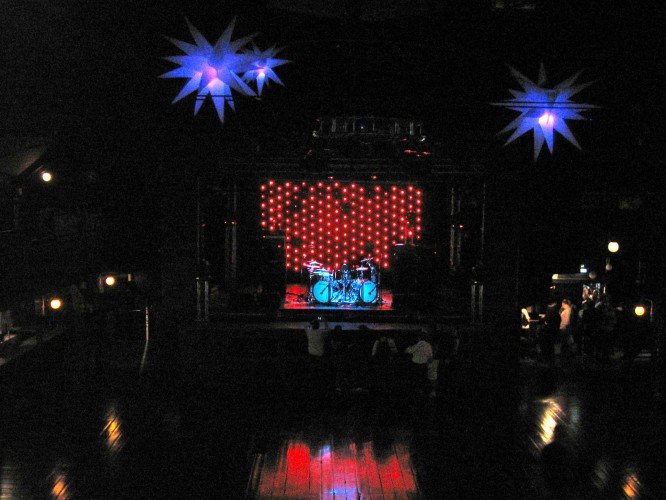 The gig went well – made, as always, be a very enthusiastic audience – a great end to a great tour.

After the show we dropped our luggage at the hotel before heading out to ‘The London Pub’ – run by an english guy and his Brazilian wife.  They gave us free food and drinks, and we played pool, jammed with the band and talked until the not-so-early hours of the morning. 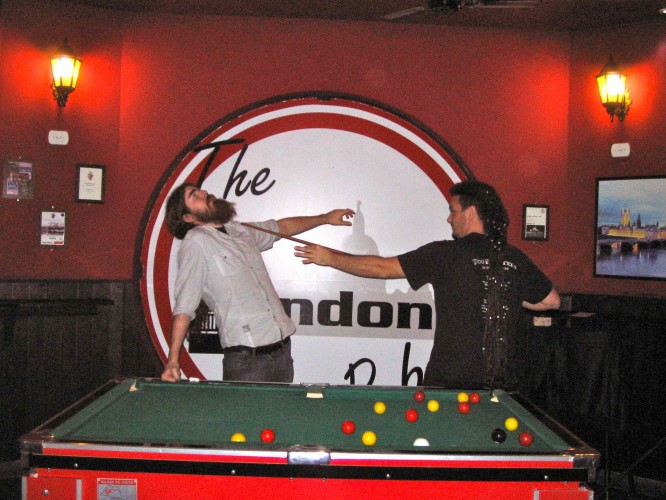 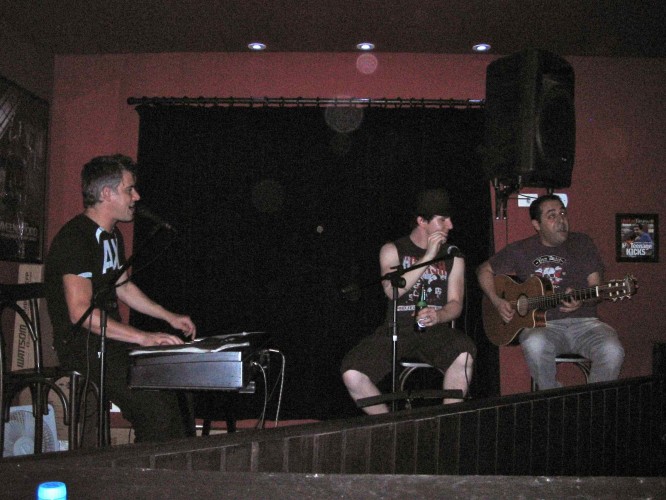 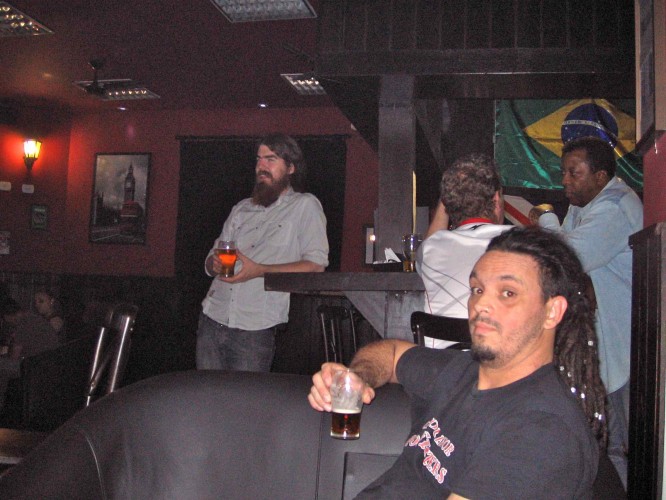 Eventually we got a lift back to our hotel with two of the bar’s employees.  I got into bed at 6.30am – what a great night!