We left the hotel at a very respectable 9am and Damian (from the Argentinian agency) accompanied us to the airport in our minibus.  When he got on the bus I noticed he was wearing a ‘Brighton Volleyball’ T-shirt… not sure he appreciated me taking a photo of him in it though… 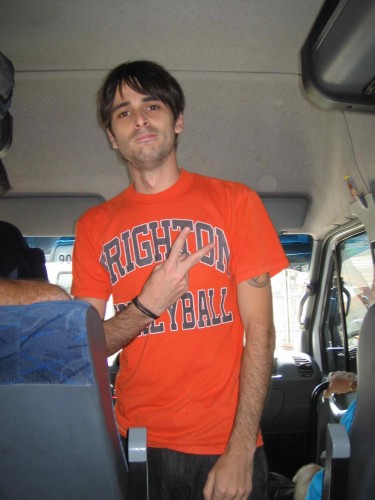 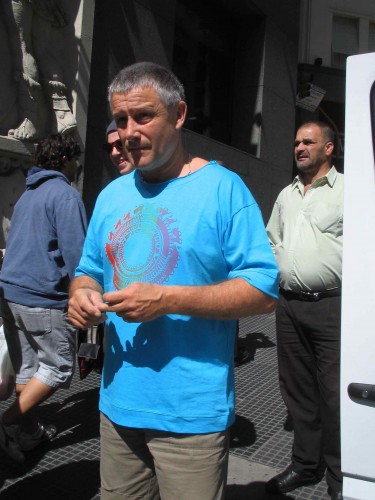 The flight to Brazil was good and I watched the movie Salt (although i missed the last two minutes, as the entertainment system was switched off for landing). 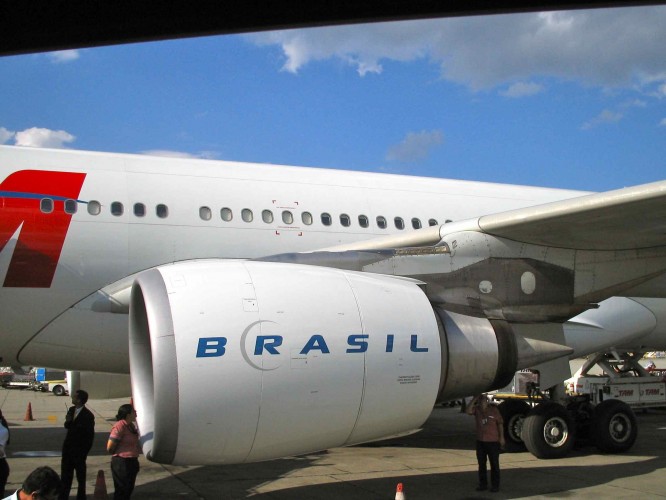 When we arrived in Sao Paulo we were met by our promoter, Marcel, who took us to our hotel where we stayed for a couple of hours before he picked us up once again for the live TV slot we were due to do. 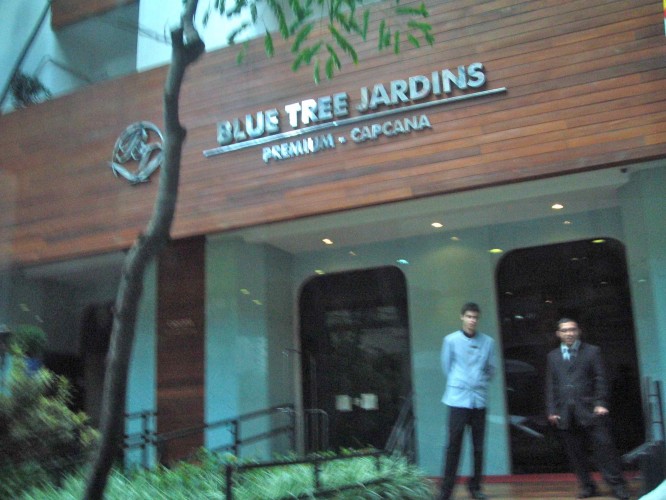 When we arrived at the TV studios we made our way to the elevator.  When the elevator arrived I was surprised to find a lady inside, sat on a wheeled office chair, operating the lift.  We told her which floor we wanted and she pressed the relevant button for us.  Gratefull for her assistance we got out of the lift and went into the TV studio.

Once in the studio we were shown to a waiting room where a large TV screen displayed what was happening on the show we were about to appear on. 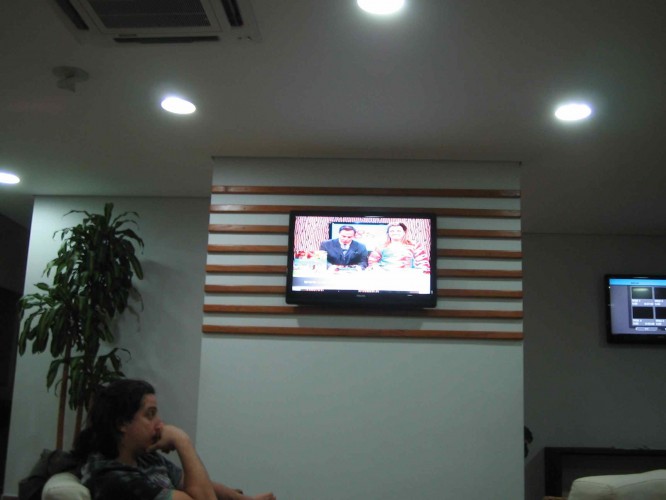 After about 15 minutes we were taken to the studio.  We waited for a while on the set of a cookery programme – Carl entertained us with a mock demonstration of his culinary skills before we were shown through to the studio of the programme we’d been watching unfold on the TV screen in the waiting room. 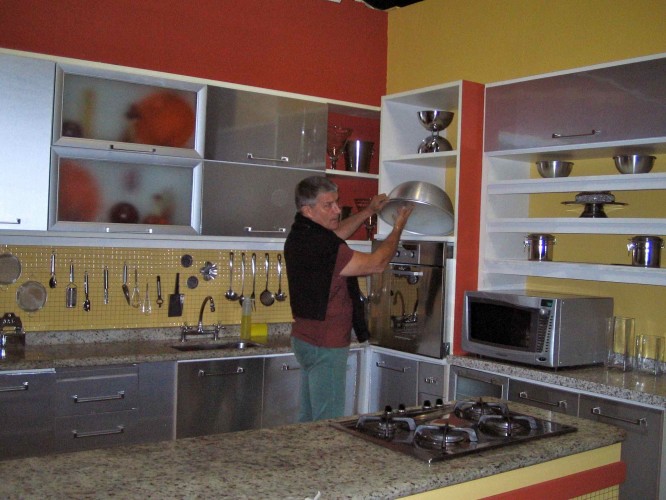 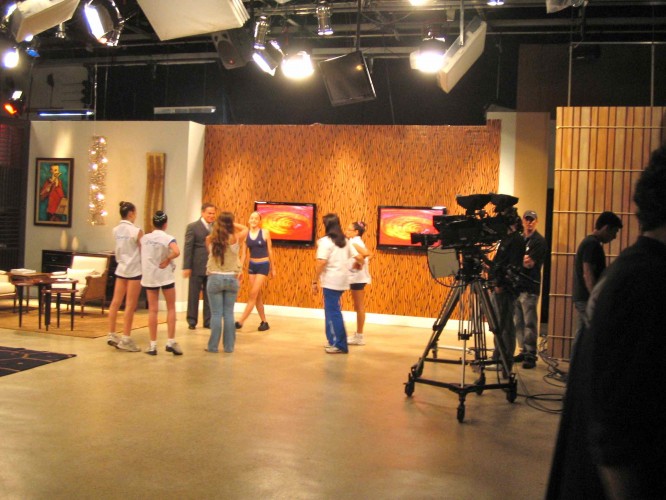 Once in the studio it became clear that they weren’t expecting either me or Simon as they only had one clip-on mic, which was promptly strapped to Carl.  Carl did the interview interspersed with Video clips from the band’s Live In Europe DVD – at least I made it onto live Brazilian TV, even if I wasn’t ‘live’!

When we’d finished at the studio Marcel took us to a local restaurant that specialised in chicken – I spotted ‘Chicken Hearts’ listed in the starter section of the menu.  When I pointed out this odd sounding dish to Simon he decided to order it and, sure enough, a large plate of around 30 small hearts arrived.  We had half-expected ‘Chicken Hearts’ not to be a literal name – like ‘fish fingers’ or ‘buffalo wings’… but we were wrong!  Simon gave me one of his hearts (what a romantic gesture), I cut into it to find blood oozing out.  I’m afraid to say that I ‘chickened’ out of eating the heart; Simon, on the other hand, demolished well over half of his chicken hearts (apparently they were a lot better with mustard)! 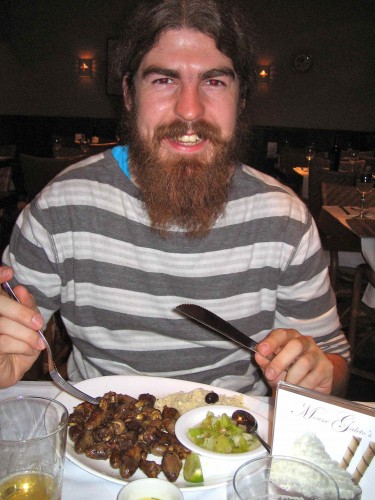 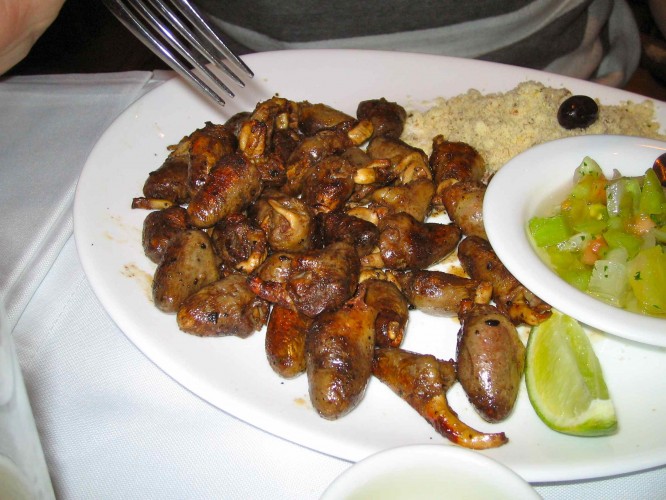 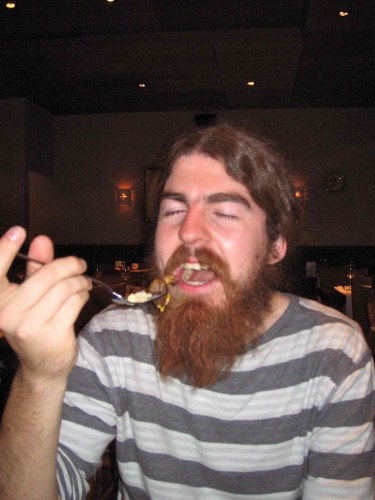 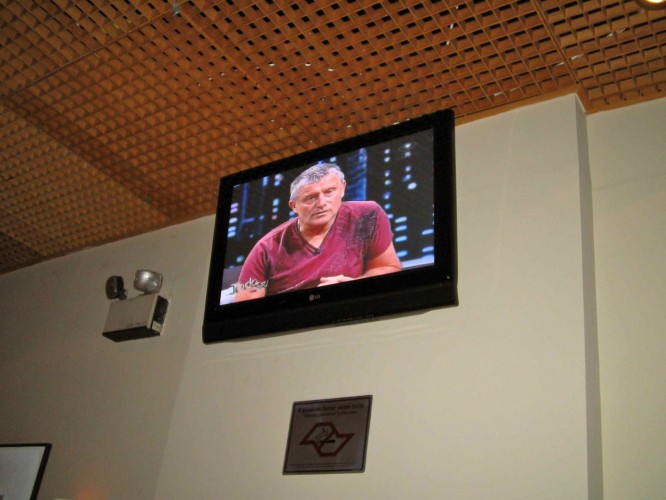 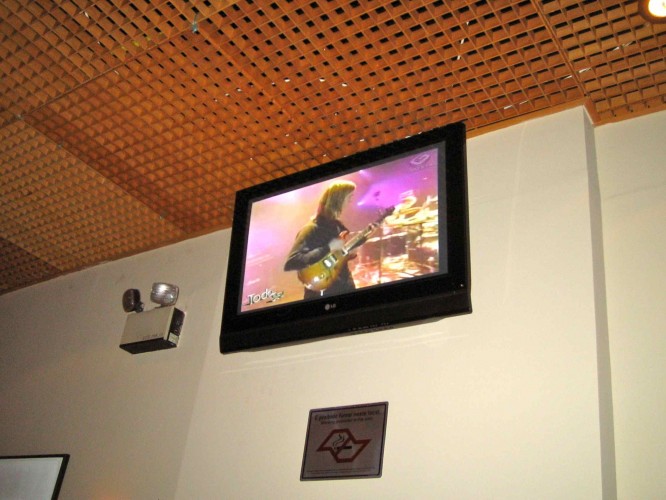