At 1.30pm I was awaken by my hotel phone ringing – I’d completely slept through my alarm and the phone call was Harry saying that everyone was waiting for me in the lobby – oops!

I quickly got together my luggage and made my way down to the lobby as quickly as possible.

The promoter took us to the venue – a nice large theatre in Santiago. 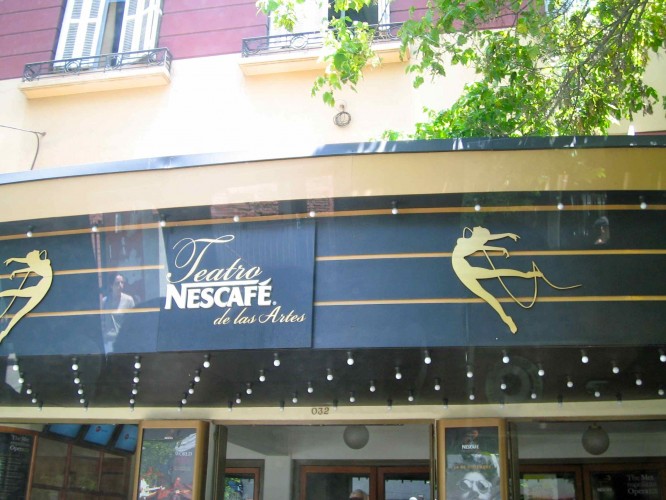 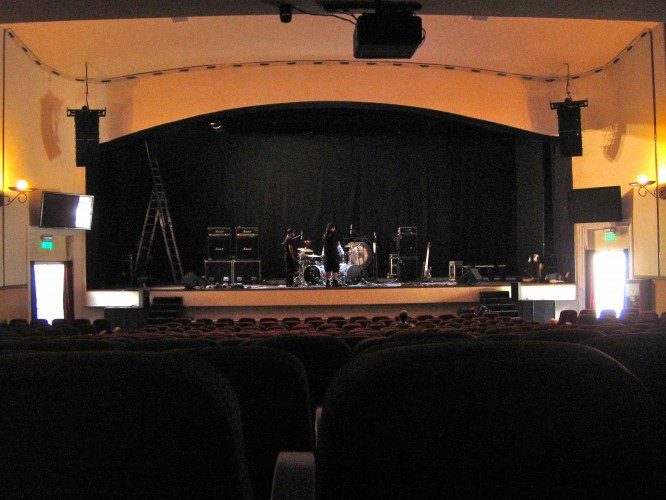 Before soundcheck I had chance to take a walk outside.  When I stepped outside a guy came towards me and said my name.  It was Cristian, a keyboard player who I’ve got to know via e-mail.  I explained that I was just coming out for a look around and he showed me and Simon around the block before it was time to go back inside for our soundcheck.

After the soundcheck and lunch at a nearby restaurant we decided to go back to our hotel.  As we waited outside the venue we saw our minibus approaching fast – as it pulled in to pick us up we heard a huge bang… it had smashed into a parked car and knocked it’s bumper off… oops!  We waited for the drivers to exchange whatever details they needed (the driver of the parked car was just about to set off when the accident happened, so he was sitting in his car at the time). 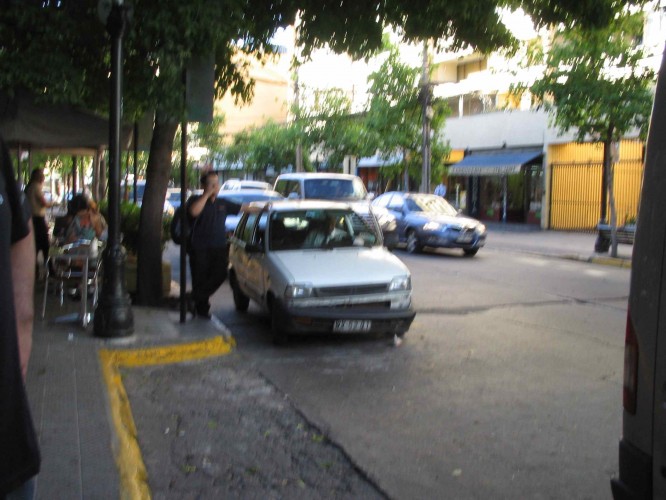 Our trip back to the hotel was very welcomed by me as I was longing for a shower… I’m pleased to say that I stepped onto the stage clean that night!

At the start of our shows it has become customary for Harry to go onstage and give a little announcement about things such as “No flash photography”, “No video cameras” etc (even though it doesn’t seem to make the slightest bit of difference!).  Determined to fulfil his role even if he couldn’t speak to language, Harry got one of the venue staff to translate a script into Spanish.  After a couple of run throughs he boldly stepped out onto the stage and, in front of around 700 people, he read the whole thing out – what a guy! 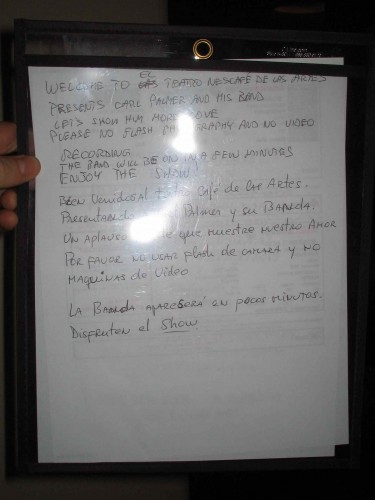 Unfortunately the sound onstage was really bad – my guitar kept changing levels until, by the end of the show, it was deafeningly loud.  Afterwards Simone told me that my guitar was so loud on stage that he didn’t even have me in the P.A. – not a good thing for sound quality.  I’ve no idea what was going on as, even when I turned my amps down it didn’t seem to make any difference – mystery.

Exhausted, we made our way back to the hotel to grab a couple of hours sleep before our 4.30am lobby call – who ever said touring is glamourous?