Another early start for another long drive.  Our drive was though desert, complete with impressive looking cactuses. 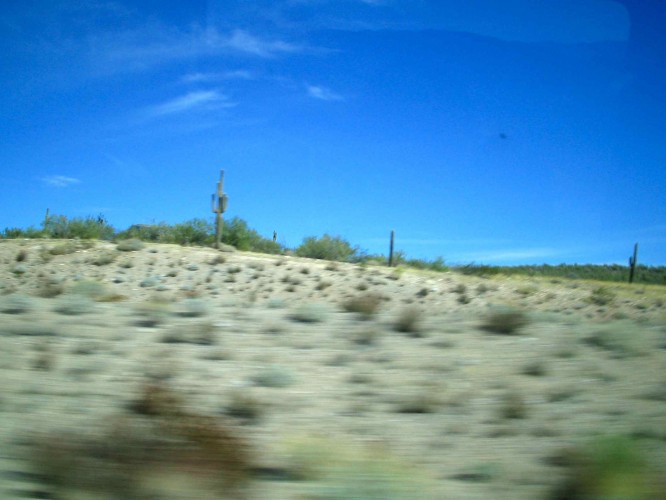 A tree-hugger at heart, I had second thoughts about hugging one of these dessert shrubs. 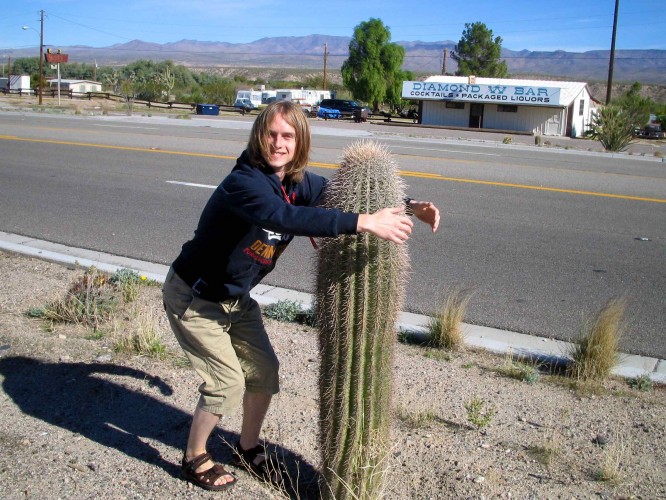 When we arrived at the venue we found a large Bar & Grill.  The crew set up the stage while a few customers finished their lunch – we hoped that they’d be finished by the time we soundchecked… ours is the kind of music to give you indigestion! 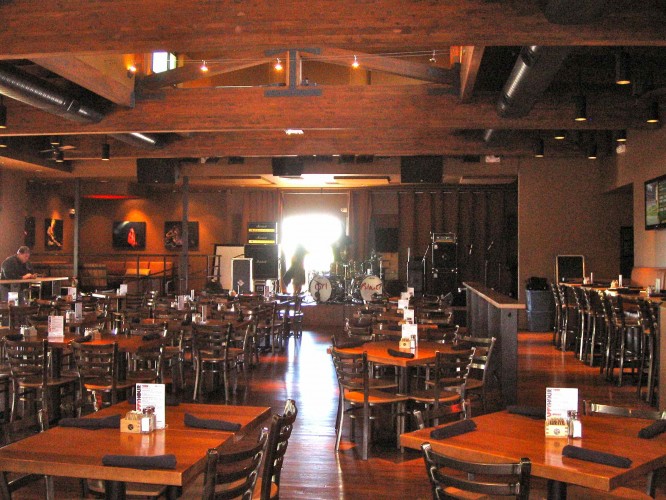 While we waited for the crew to set the stage Tony, Simon and myself went to a huge pet store next door.  Inside we found lots of curious animals – lizards, mice, snakes, tortoises, turtles… 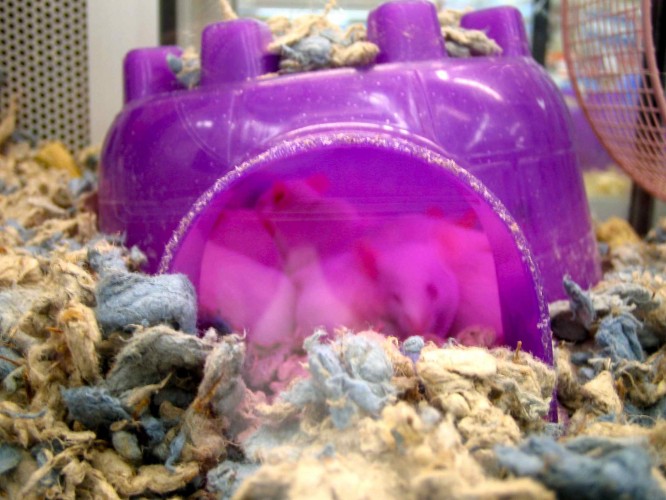 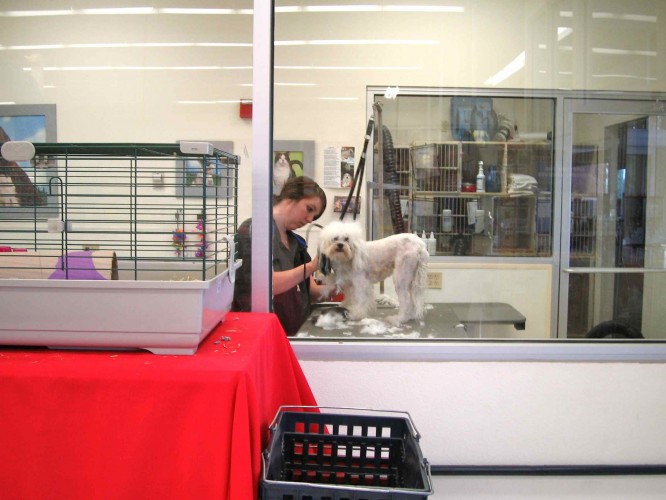 Apart from being perhaps the world’s biggest ELP fan, Tony also has a passion for reptiles and snakes in particular.  He was disappointed when the glass case labelled ‘Baby Corn Snakes’ was empty.

At the back of the store we found the fish section.  I spotted a rack containing dozens of small plastic pots.  Inside the pots were, so Tony informed me, Japanese Fighting Fish.  Apparently the fish had to be kept apart as, if they’re in a bowl with anything else, they would just kill it.  I felt so sorry for them, confined to these small containers, being treated as inanimate products, goods or stock. 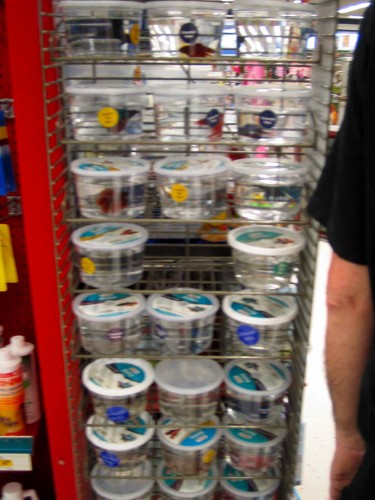 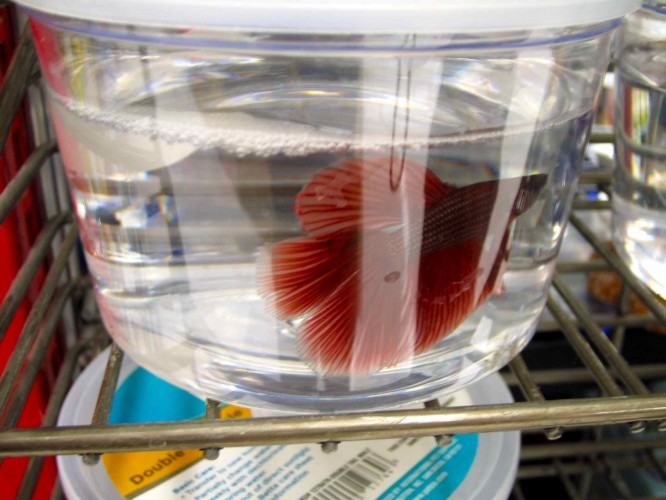 What was even more tragic was the fact that, further into the store, we saw some of the fish marked as clearance stock – a fish, a life, a soul, being reduced to an over-stocked commodity on clearance. 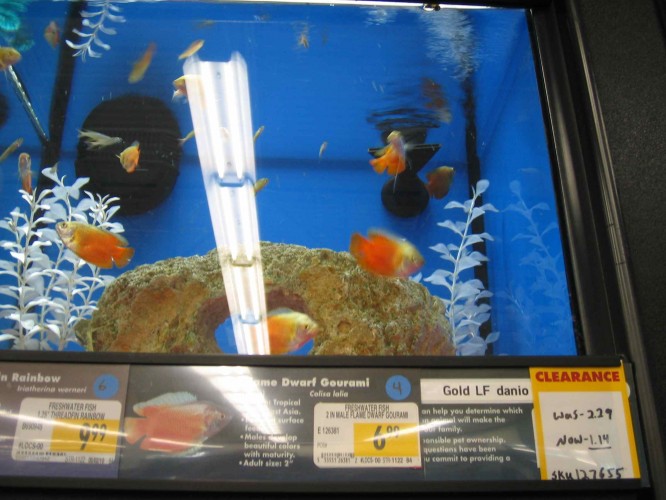 We went back to the club and I sat down to play some guitar in the dressing room while Tony went snake hunting on a patch of waste land he’d spotted!

About half an hour later I heard Tony come into the club announcing that he’d found a snake – what I didn’t expect is that he’d brought it with him!  Sure enough, in his hands was what he told me was a baby Corn Snake – the very snake he’d been disappointed not to see in the pet store.  He handed me the snake and I held it for a while, letting it crawl effortlessly and seemingly happily through my fingers.  I felt honoured to have shared a moment with nature – the moment was made even more special after experiencing the lack of respect with which we treat animals.  It was a privilege that I was able to go someway in connecting with an animal from the wild, who seemed as interested in me as I was in him (or her – just how do you determine the sex of a snake?!!). 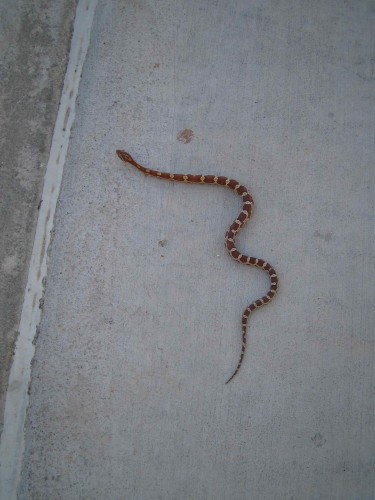 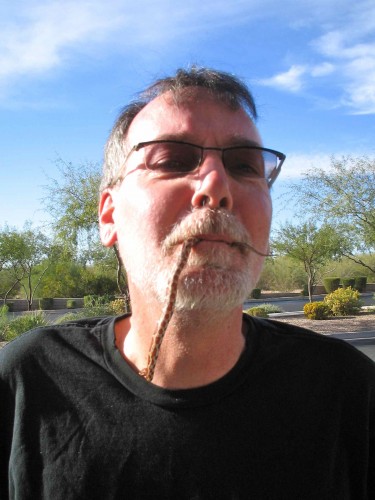 After we’d spent some time getting to know the snake I went with Tony to release it near where he’d found it.  He couldn’t find the exact rock it had been hiding under, so we settled on a bush nearby. 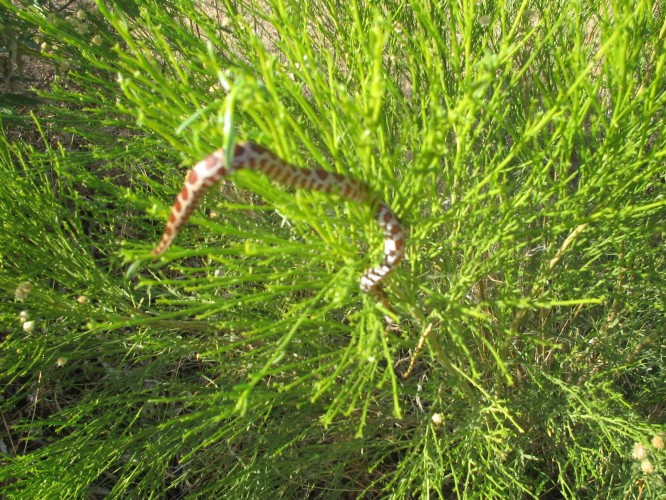 After our soundcheck we decided to check into our hotel before the show.  We returned about a half hour before we were due to go on stage and waited in the dressing room for our five minute warning.  The dressing room had been graffitied by the previous bands that had played there – the prizes for most amusing band names went to ‘Garaj Mahal’ and ‘Phill Harmonic’. 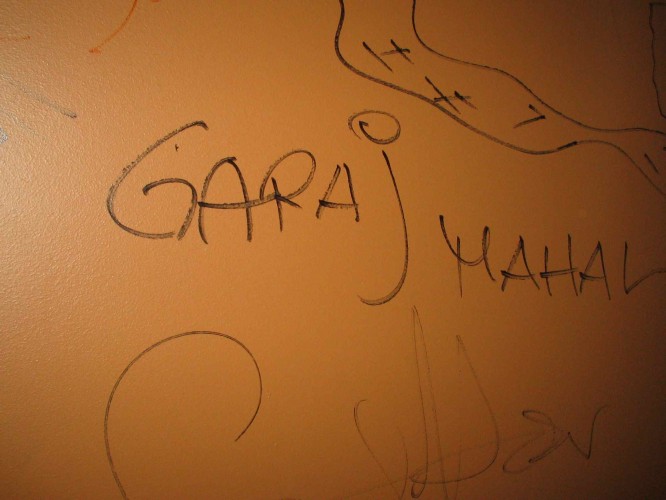 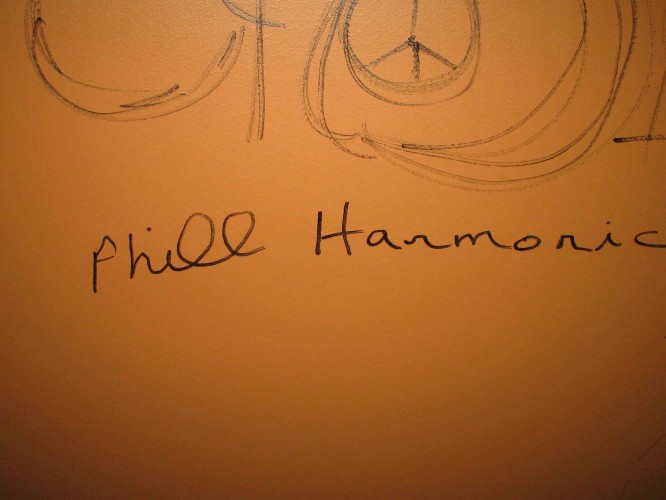 The show was good fun and marked our last gig in the US.  It’s off to South America tomorrow.