We had an early start today, in order to allow time for the drive to Vegas and the soundcheck for the evening’s gig.

We decided not to make many stops… but when we did, we made sure that we picked a place that sounded really good… 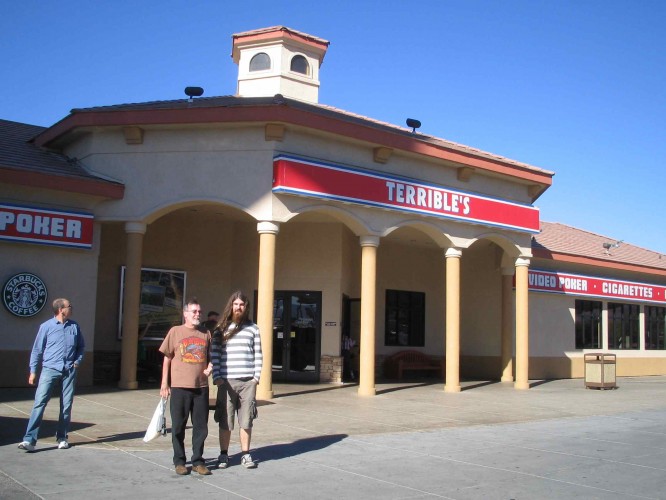 When we checked into our hotel we found it was also a casino and our gig venue for tonight – how handy!

Casinos in Vegas are one of the few places in the US that permit smoking in public places – Josh was determined to make the most of it…. 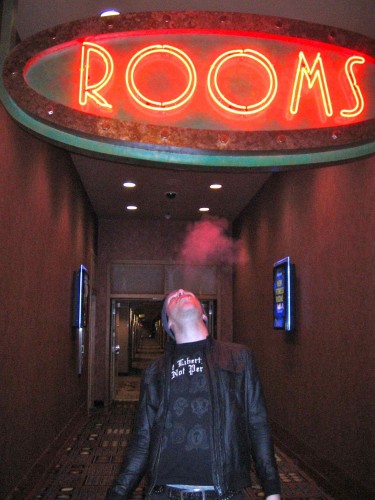 After a quick bite to eat and an explore of the casino floor, we went to soundcheck.  While the stage was being set up Carl did an interview for the coming High Voltage festival DVD – apparently he was very candid (I always admire Carl for his honesty) and gave some very interesting answers… you’ll have to wait for the DVD release to find out just what he said! ;o)

The walls backstage (we were playing in a separate theatre within the casino building) were covered with signed photos of all the people who had played there.  On one of the photos I spotted something I recognised – the photo was of Dave Mason playing one of the guitars that I’d seen hanging on the wall of the Canyon club a couple of nights ago! 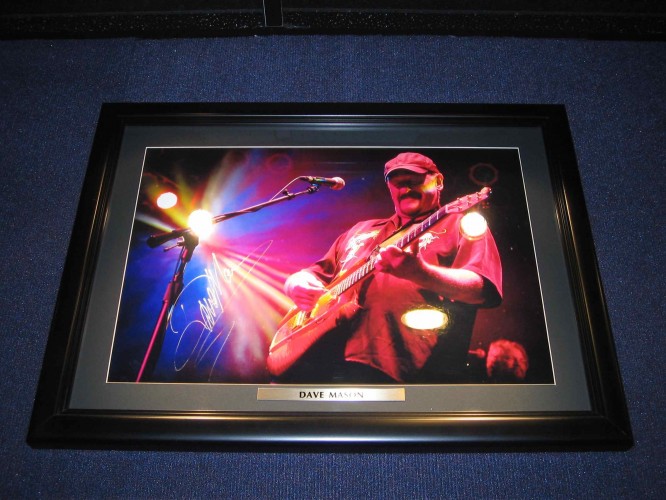 The gig was good.  Great sound and an enthusiastic audience – we left the stage happy.

After the show Simon, Simone, Josh, Tony and myself met in the casino – we couldn’t leave town without loosing some money!

A few of the guys started on slot machines.  I’ve never seen the attraction of machines that are deliberately programmed to make a profit for the casino, so I saved my money while the others played.

Simon said that his idea of coming to Vegas was to put all his money on one colour of a roulette table… so we headed over for him to realise his vision.  Before he got there he told us that he was going to put all his money on red and that he hoped that he was going to loose it all in one spin of the wheel, as that was his idea of what you should do in Vegas.  ‘All’ his money turned out to be $20 which, true to his word, he placed on red.  To his disappointment he won! 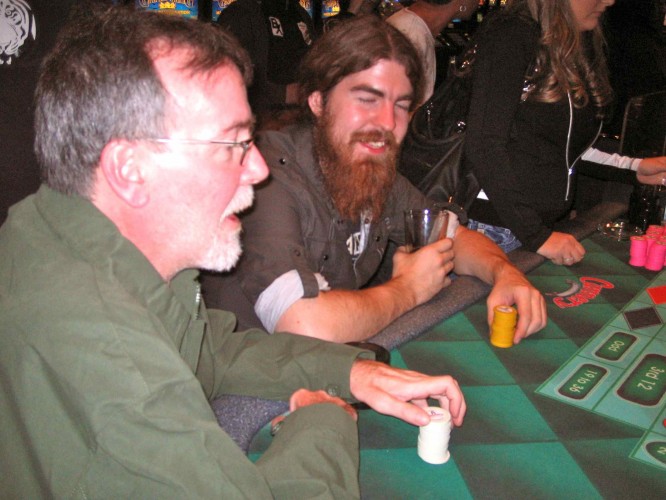 Then we went to play Blackjack.  I’d decided that this was what I was going to play.  I didn’t go to the table with a view to gambling, but instead I was going to spend a certain amount of money on an evening of playing games while being brought free drinks – I fully expected to come away with nothing to show for my evening except a smile on my face at having had some fun with friends.  However, this was not to be a night of realised expectations as, after a couple of hours of playing with Josh (accompanied by free drinks) we both walked away with a profit – I finished the evening $55 up and Josh made $110… something had gone drastically wrong – that wasn’t what was supposed to happen in Vegas!  When we cashed in our chips the cashier gave us all free decks of cards that had been used that evening in the casino – a nice memento of our time there.  It turned out that Tony had also won $45 on a slot machine – we dubbed ourselves ‘The Band that Beat Vegas’ and went to bed, happy after our night of free entertainment.