This morning I decided to pay another visit to the Nash guitar that I’d played the previous day – I wanted to have one last play before we left town. 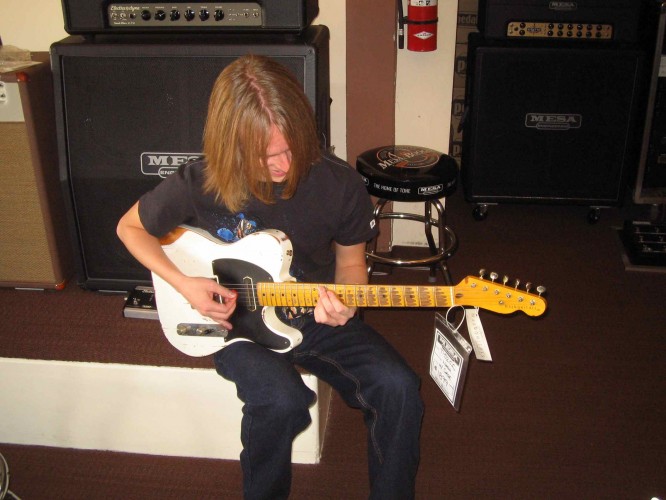 At ‘noon-ish’ (today’s official meeting time as stated by Harry), we met in the hotel lobby and left for tonight’s hotel and venue.

When we arrived at the Galaxy Theatre we found a club I recognised – we’d played here on our 2006 tour, it was nice to be back. 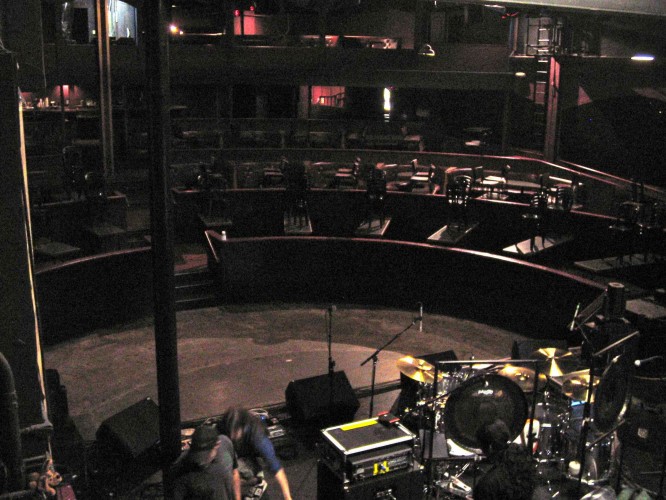 Again, we learned that we had two support bands.  And again, we learned that the second support band was the very same Chapman Stick / drum / didgeridoo duo that had supported us a couple of nights ago.  We got chatting to the Chapman Stick player and he brought the instrument to our dressing room to try out – an intriguing mix of guitar and bass… I think Simon was tempted.

At the gig was a friend of mine – Rich Mouser, engineer and mixer for Spock’s Beard and Transatlantic (amongst hundreds of other bands that he’s recorded in his LA studio, ‘The Mouse House’).  The gig went well and afterwards I was able to spend a little time chatting with Rich and his brother.

When I got back to my hotel room I found a packet of complementary microwavable popcorn, which made for a tasty late night snack!