As planned, I headed out to the guitar shops in the morning.  I decided to start with the shops that we hadn’t had time for the previous day.  In the Mesa Boogie shop I tried out a guitar made by a small company based just outside of Seattle called Nash Guitars.  They make guitars based on old fender models – artificially distressed to look old.  I fell in love with a $1900 white Telecaster model – what an amazing guitar. 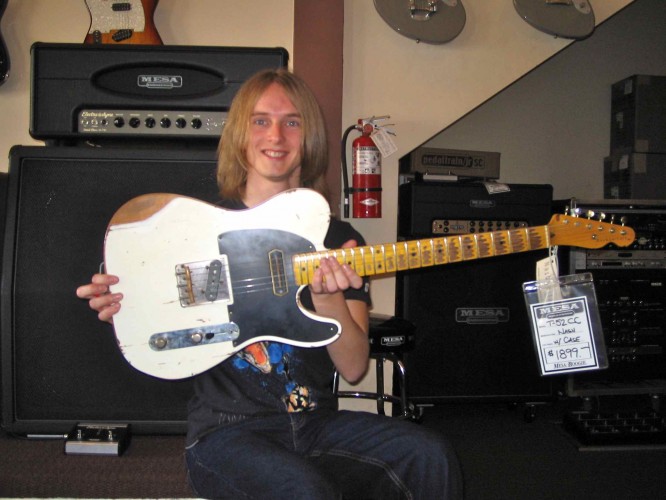 After the Mesa Boogie shop we went over the road to the Guitar Centre that we’d visited the previous day.  After some time I found their vintage room – what an amazing place.  All manner of vintage and rare guitars in one huge room, just waiting to be picked up and played.  One unlabelled Telecaster caught my eye – just sitting among a group of unassuming guitars.  I asked the shop assistant what it was and he told me that it was a 1959 Telecaster worth $15,000… I just HAD to plug it in!  To my amazement the guitar, a instrument that a collector would kill for, wasn’t a patch on the Nash guitar I’d played in the previous shop.  It didn’t sound or feel anywhere near as good – no one can call me a guitar snob! 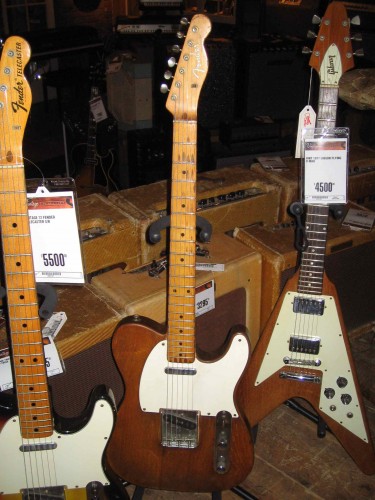 After the trip to the guitar shops we headed back to our hotel and then to the gig venue.  The Canyon club was a really cool place, adorned with guitars (some displayed in tables, and some hung on the wall). 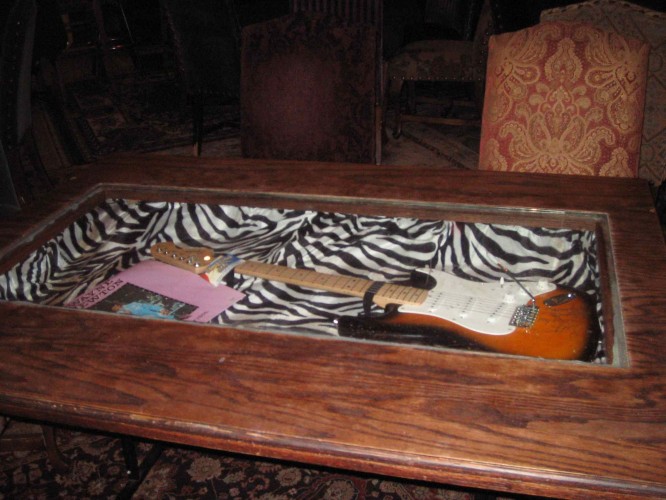 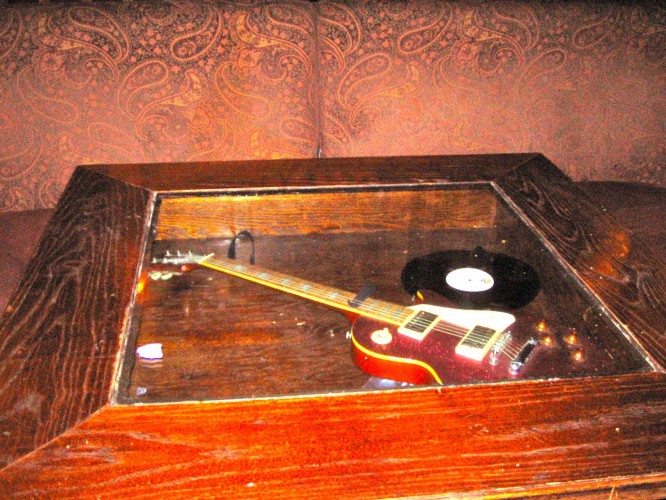 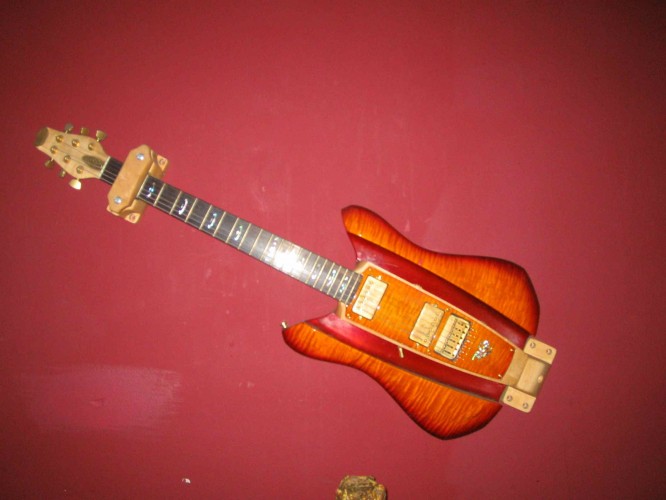 The place had the look and feel of an eastern temple – a large carved Buddha welcomed people at the front door, while elsewhere there was a Tibetan temple bar and a shrine to Jimi Hendrix.  The floor of the entire club was a large patchwork of individual Afghan rugs. 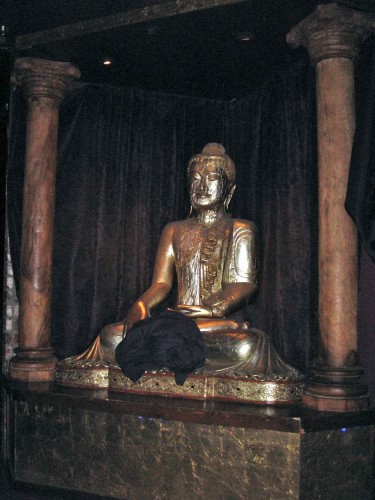 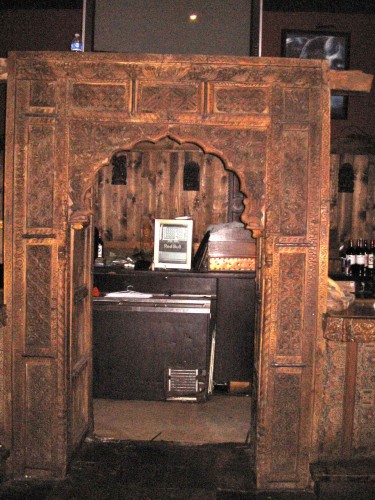 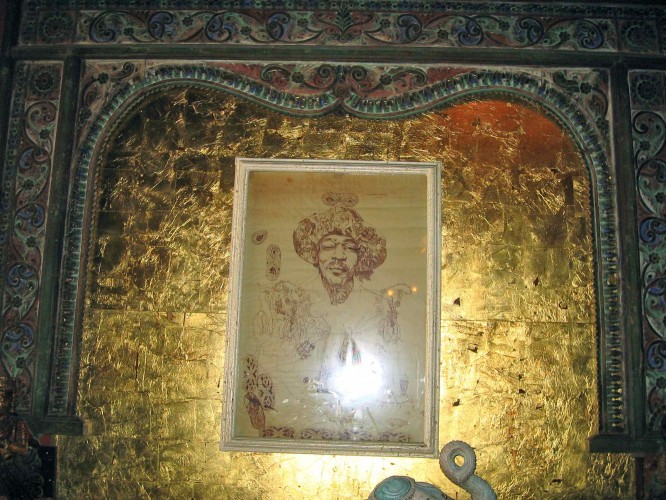 The gig was good fun – sound on stage was good and the audience was really appreciative.  As has been the case recently, we had a support band.  Our support this evening was a band who, as far as I could gather, take a common chord progression and then link together small snippets of famous songs that use that chord progression – very entertaining and an enlightening reminder that there’s nothing new under the sun!

After the gig we went to another McDonald’s drive though… on foot! 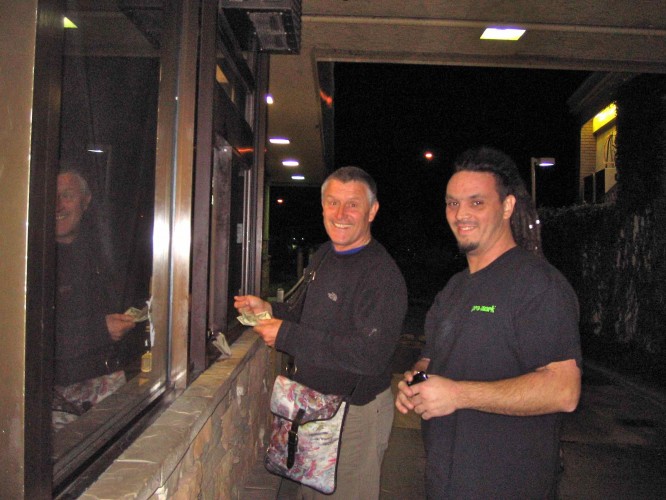