Today we drove to Hollywood.  Our journey to the hotel took us through the centre of town.  Bruce pointed out various landmark buildings including the church were Marilyn Monroe’s funeral took place. 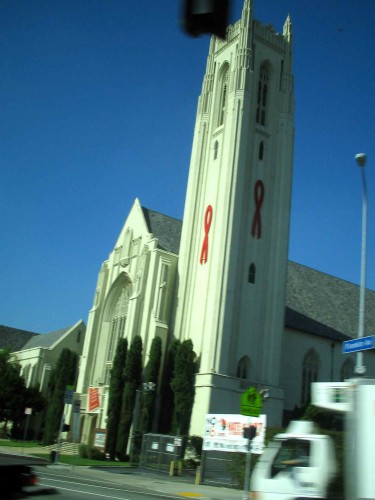 When we arrived at the hotel we stopped the busy Hollywood traffic while Josh backed the van and trailer into the driveway.  Josh kept his cool and smiled while hundreds of enraged drivers blasted their horns and shouted abuse – all par for the course! 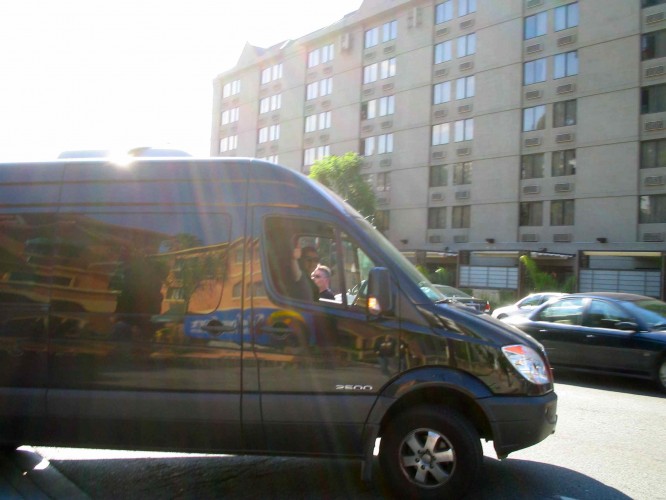 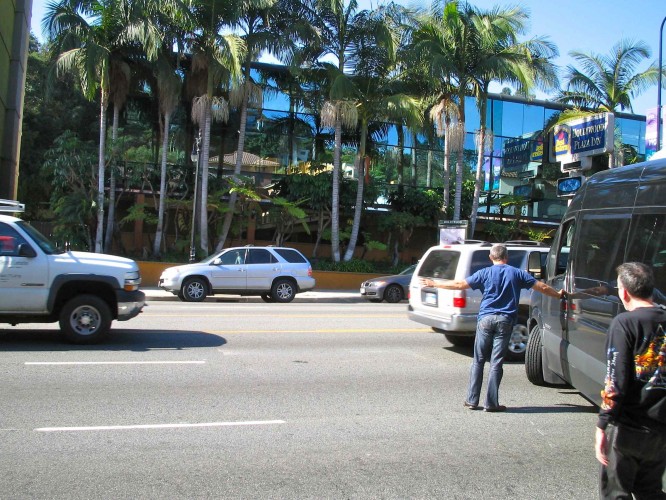 While Josh was reversing the van and trailer over the incline of the sidewalk, the trailer grounded (a common problem on this tour).  This time the grounding was so severe that the trailer became unhitched from the van – oops!  It was decided that the best plan of action was for us to move the trailer into the parking lot by hand – a VERY heavy job considering that the trailer contains all of the bands equipment.  After about 10 minutes the job had been accomplished and Josh parked the van opposite the trailer. 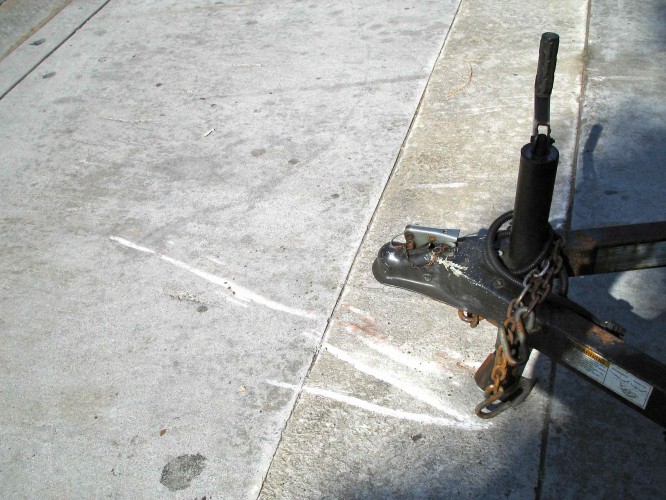 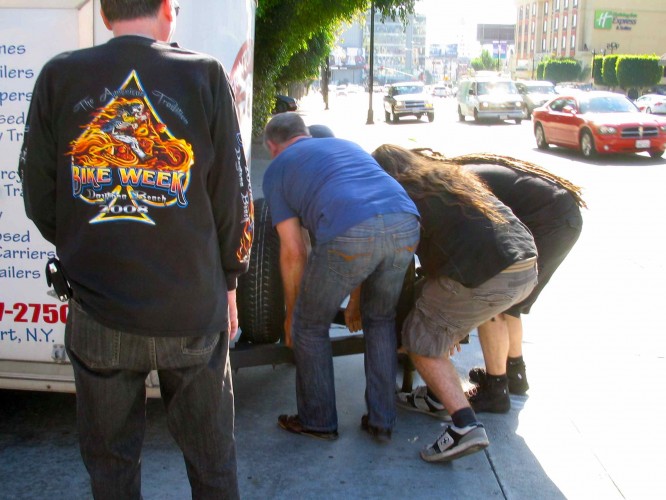 We arranged to meet in the lobby so that we could head to a shopping mall while Bruce and Josh went to the Chilean embassy to get work visas sorted for all the non-British members of our crew (it would appear that Chile welcomes British citizens without asking for VISAs).

The mall, it turned out, was just like any other mall in America or any other part of the world – cold and lacking in any individual personality.  We suffered it for as long as it took to get the VISAs sorted, then Bruce returned and treated us to ice cream before we headed to the music shops. 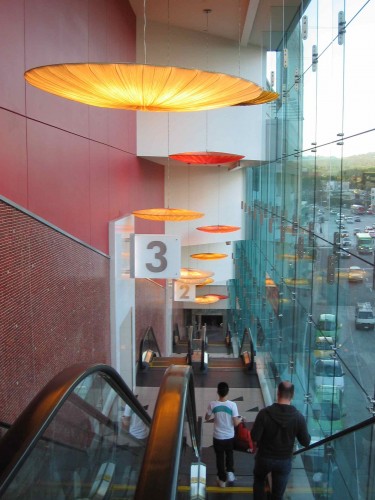 In the entrance to Hollywood’s Guitar Centre we found the Rock and Roll Walk of Fame, where you can find the cemented the hand prints of many famous musicians, including my boss! 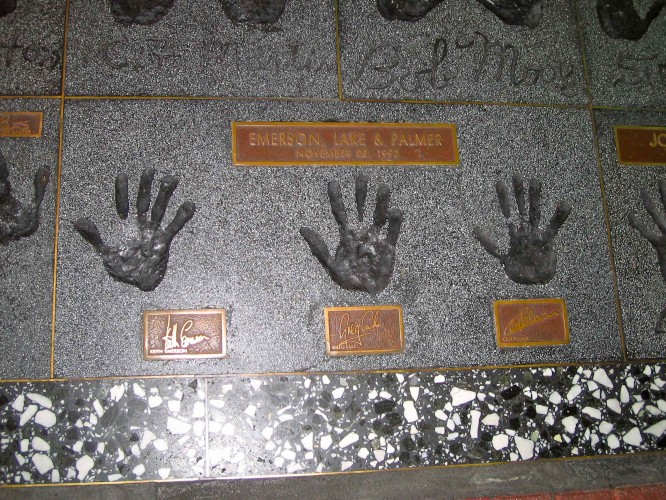 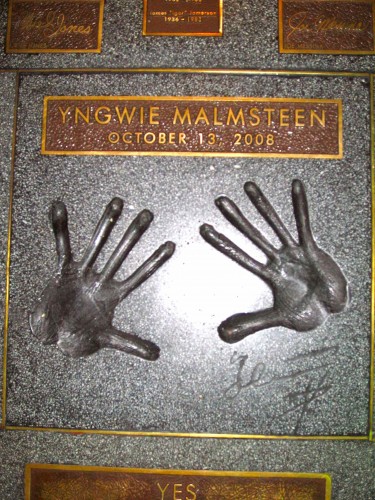 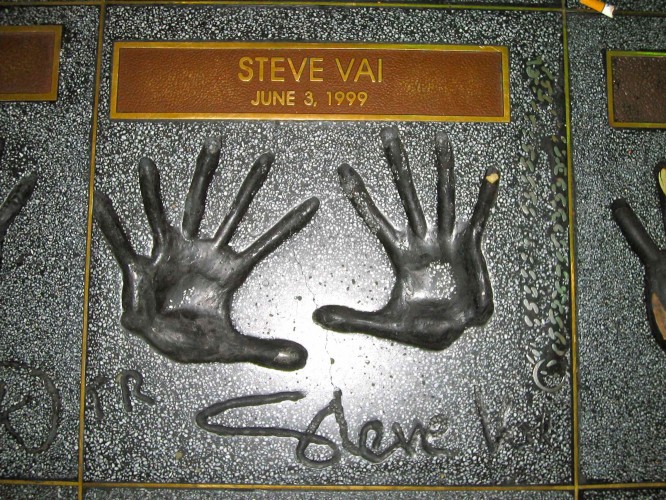 Also on display were a number of famous guitars including Steve Vai’s famous fire guitar (as used in one of the Dave Lee Roth videos – I forget which one). 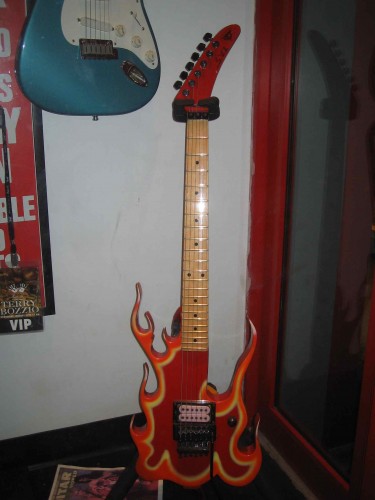 The music shop stop was far too short and I vowed to return the next day for more.

Later that evening Me, Simon and Simone took a walk to an Argentinian restaurant that Simone had visited on a previous trip to the US. 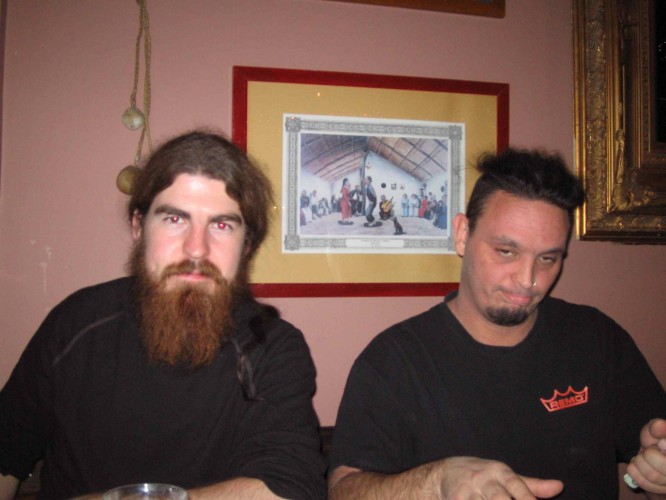 On the way back we were passed by hundreds and hundreds of motorbikes, all heading into the centre of Hollywood.  Three police helicopters circled overhead, I don’t know what was going on, but it was loud! 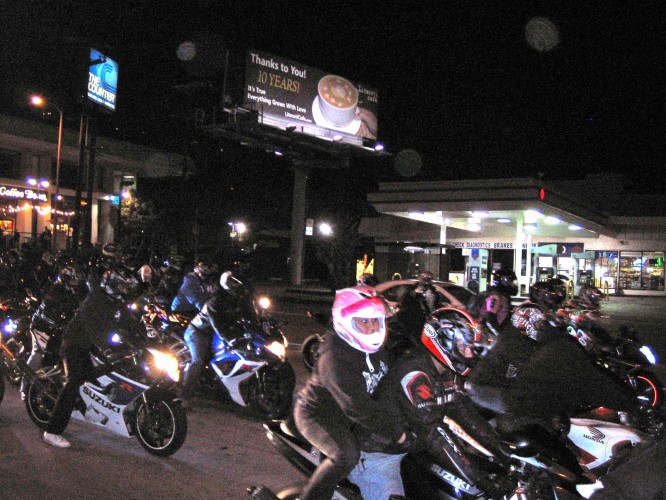