Well, my plan not to fall behind with the tour blogs wasn’t exactly successful – I better get on with the story…

We left the hotel and went to the venue to soundcheck.  In the lobby we met Tony Ortiz – he’s going to be joining us for our remaining US shows, it’s great to have him back for the ride. 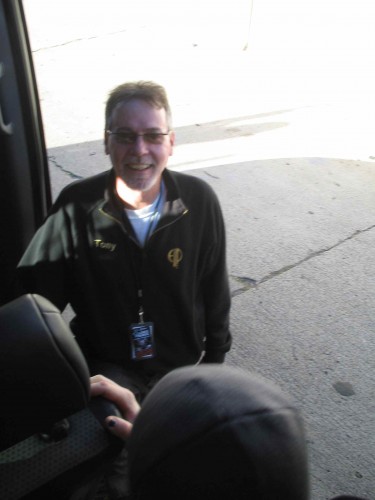 When we got to the venue we found a small rock club with some interesting artwork on the walls – depicting George Bush as a deity! 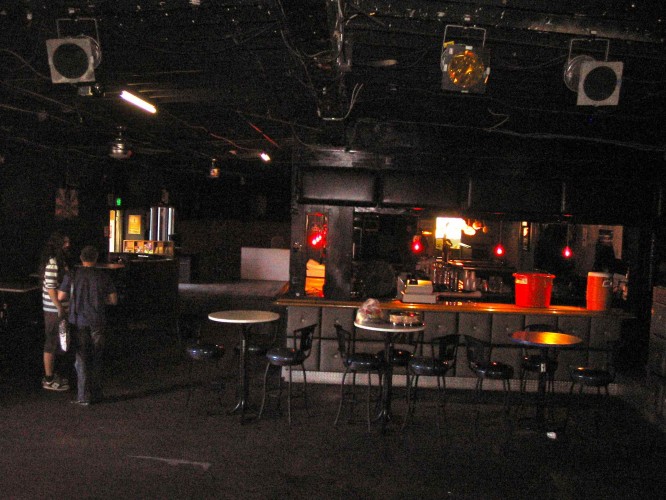 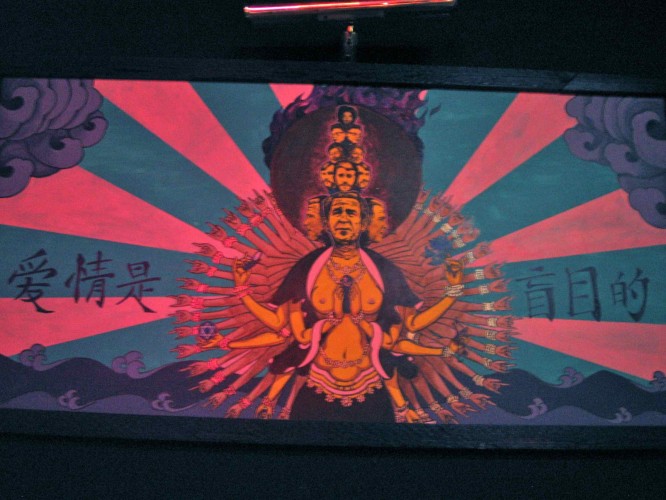 While the stage was being set up me and Simon had a game of pool.  A little later I met a couple of guys from one of our support bands (tonight we had two bands on before us).  Once the soundcheck was finished we decided to head back to the hotel.  This decision was primarily inspired by the fact that our ‘dressing room’ was a small room at the side of the stage containing one sofa – that in itself wasn’t such a bad thing, however we were really put off by what was written over the sofa… 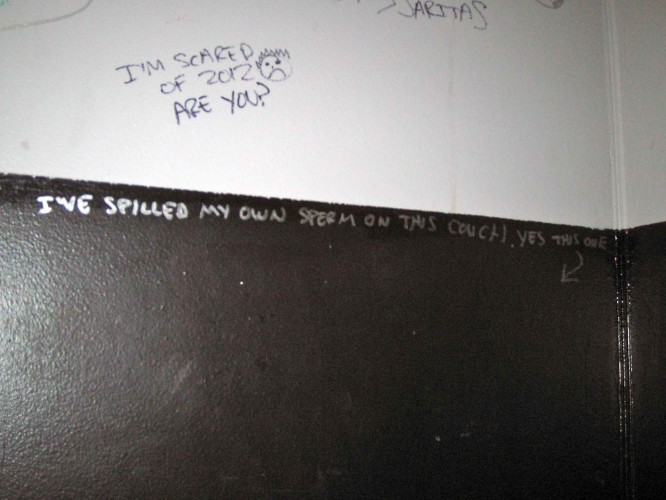 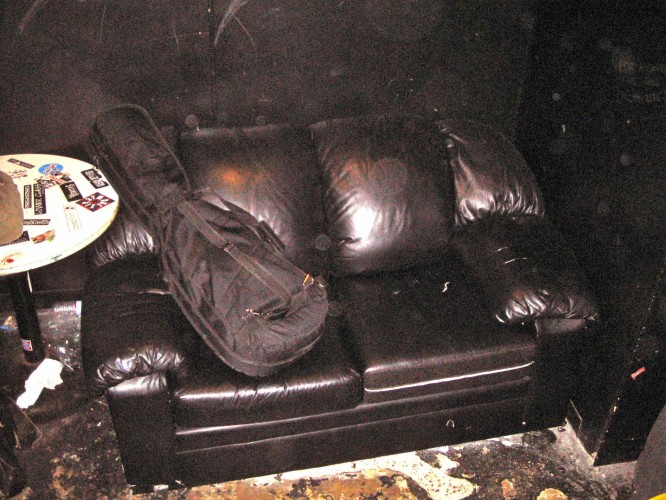 When we returned to the club the second support band of the evening was playing – a duo consisting of one guy playing drums and didgeridoo, and another on Chapman stick (a 12 stringed instrument (although they do come with differing amounts of strings)).  From our comfy sofa I listened to what sounded like at least four people playing on stage – the Chapman Stick player played melodies, bass lines and chords simultaneously, while the drummer played drums and didgeridoo – impressive stuff!

The gig went well, we had a lot of fun.

After the show we went to the Wendy’s ‘restaurant’ next to our hotel.  I ordered a dessert, which turned out to be deep fried – just can’t seem to get away from fried food!  At the end of our meal Tony Ortiz sneakily went up to the counter and paid for everyone’s bill – his treat.  Thanks Tony :o) 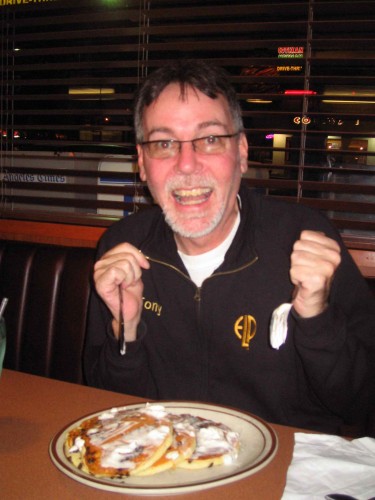