Today was Simon’s birthday.  We met in the breakfast room where he ate a hearty birthday breakfast of waffle, maple syrup and fried bacon – nice! 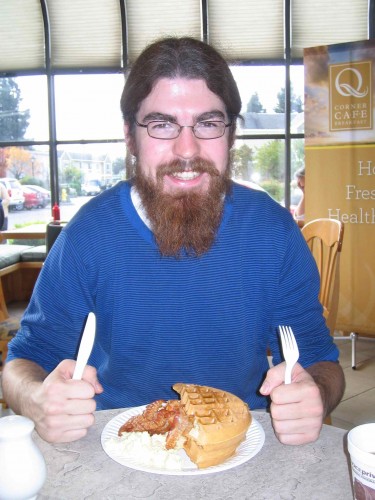 We spent the morning at the hotel – I played some guitar and posted a couple of tour diary entries.  Then, at 2.15pm, we met in the hotel lobby to drive to tonight’s venue.

The theatre wasn’t far away.  As we reached it we noticed a music shop a couple of doorways down.  When we got out of the van me and Simon went straight to the guitar shop to check out what they had to offer.  Inside was the usual selection of Fenders and Gibsons, but what really caught my eye where the few curiosity items such as a ‘backwards’ guitar and a 10 string guitar from Peru, made out of an armadillo. 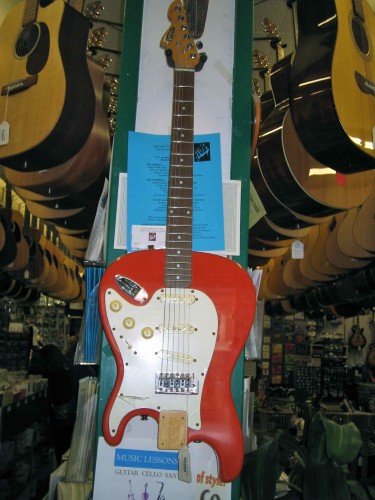 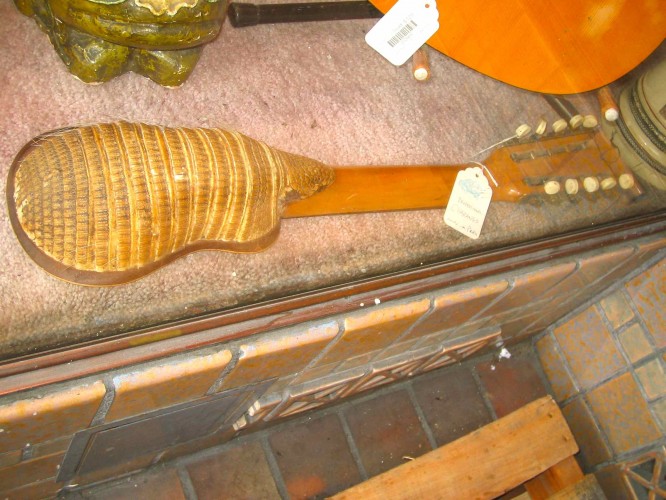 The theatre was a small but perfectly formed venue with a balcony. 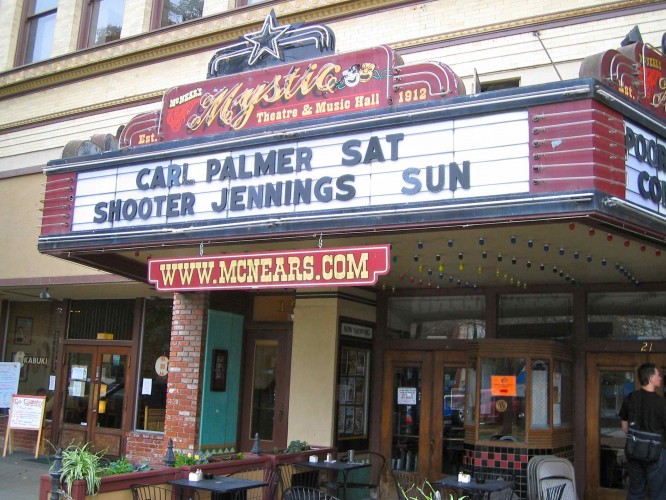 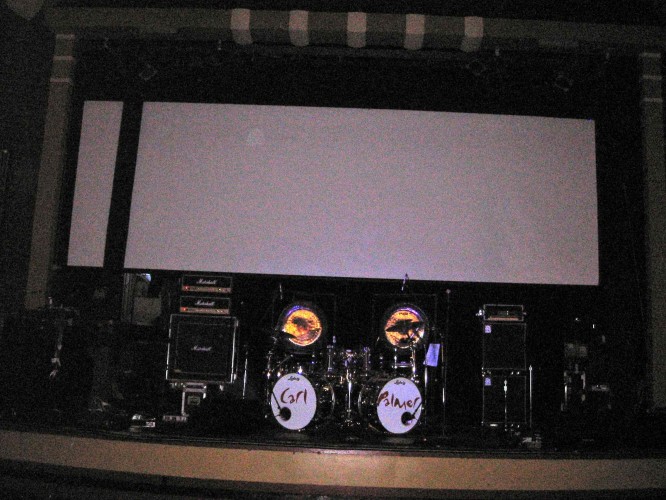 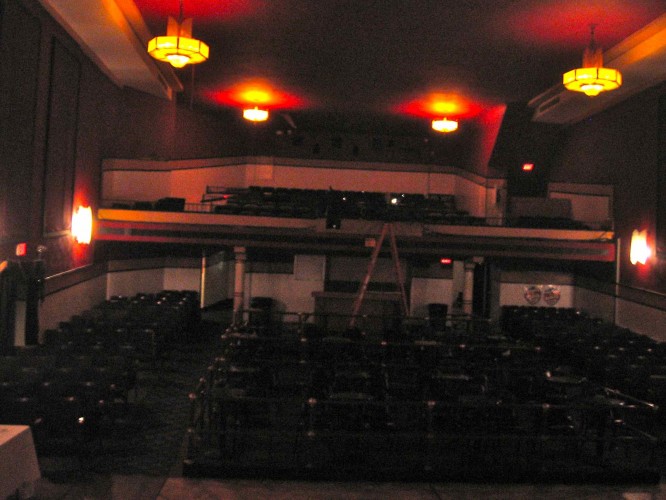 Inside the club Carl had arranged a cake and card for Simon.  So after soundcheck one of our dressing room waitresses brought the cake in, complete with candles, and we all sang a cheery Happy Birthday to him. 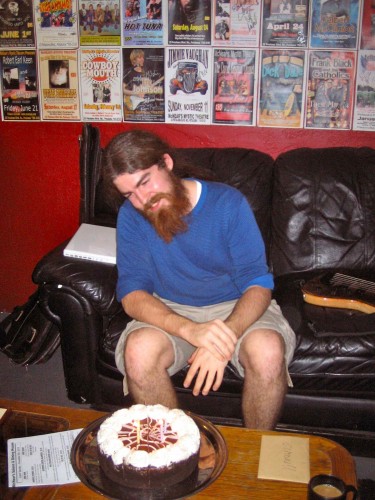 When it was time for the show I was met by a really potent smell of cannabis at my side of the stage.  Someone was smoking serious amounts of the stuff and, not being a smoker myself, as the set progressed it gradually went more and more to my head.  The experience reached it’s peak in my solo spot – I was so spaced out that I just couldn’t concentrate.  The more I tried to fight the effects, the more my mind was taken off what I was playing.

After my solo spot I left the stage and got Josh to talk to security – a while later he came back and told me that security were on the case.  After that I didn’t smell it again, but apparently at that point the smell moved to the balcony, next to the mixing desk!

About half way through Pictures at an Exhibition Simon’s bass went down.  In place of his usual big-bottomed sound, a pathetic farting noise started coming out of his amp.  Carl signaled me to continue, but after a couple more bars it was clear that this problem wasn’t going to fix itself.  I stopped playing and so did Simon.  Stage hands came running and some time later they brought a spare amp onstage… the problem was still there.  Then another amp was brought on and, while they hooked that one up it occurred to me that the problem could be the battery in Simon’s bass – I shouted over but Harry was already on the case, getting spare batteries.  Once the batteries had been replaced the third amp had been wired up – Simon plugged in again to find the problem had been sorted.  After we came off stage we checked the old batteries from his bass and found them to be flat – problem solved and lesson learnt… I better change the batteries in my guitar soon!

The idea was to go out for a celebratory birthday drink with Simon after the show, but by the time we got back to the hotel all the nearby bars were closed.  So, instead, we all met down in the the hotel lobby and Simon opened his bottle of Champagne – very civilised. 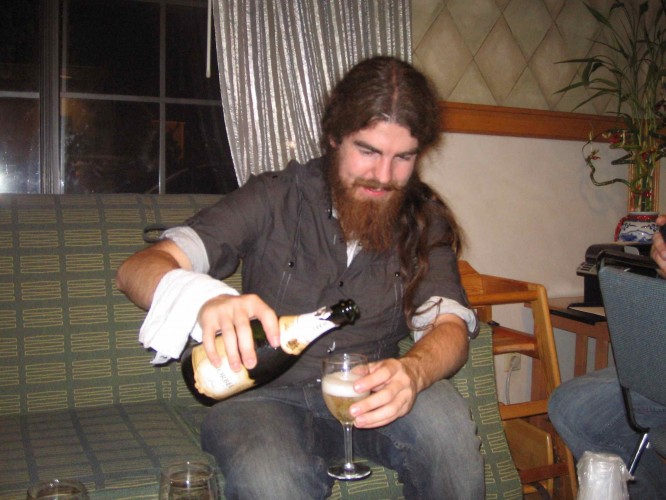