Today was the first of three long travel days.

When we stopped at the first gas station of the day Simone, keen to stay healthy, bought a packet of vitamins.  I thought that the packet would last him for the rest of the tour but then he explained that each pill was different and the packet stated that its entire contents where intended as a daily dose – you should take the ENTIRE contents with one meal… I’m not sure I’d have the appetite to eat another mouthful after I’d taken all these pills: 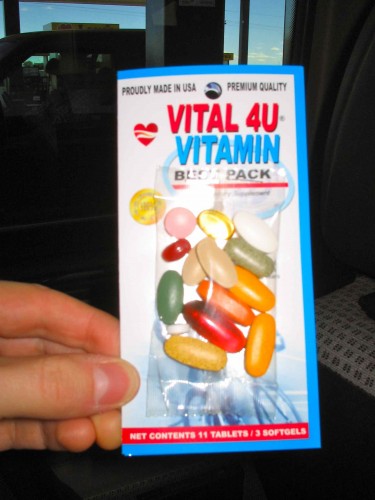 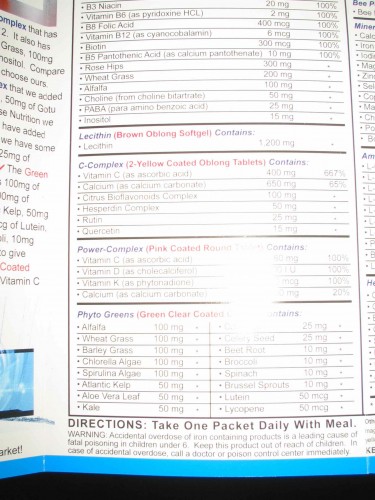 We drove for hours and hours through flat cowboy country – we really were in the middle of nowhere. 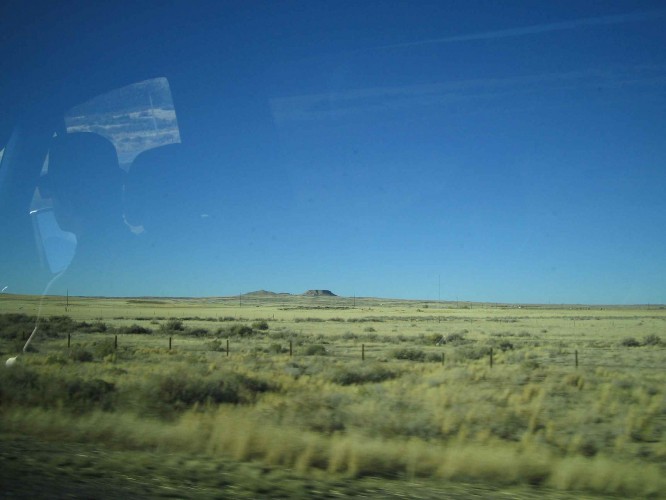 We made a stop in a small town called Elk Mountain and found a diner called The Crossing Cafe.  The diner was filled with the obligatory animal heads (although they didn’t seem as vulgar in this place, as they weren’t there for the sole purpose of encouraging you to spend). 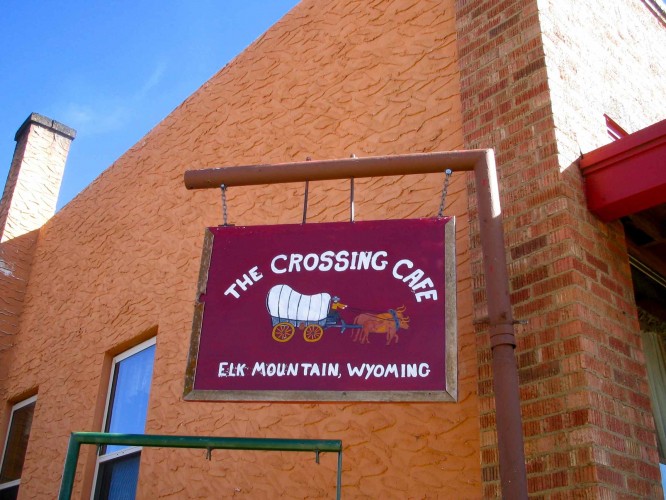 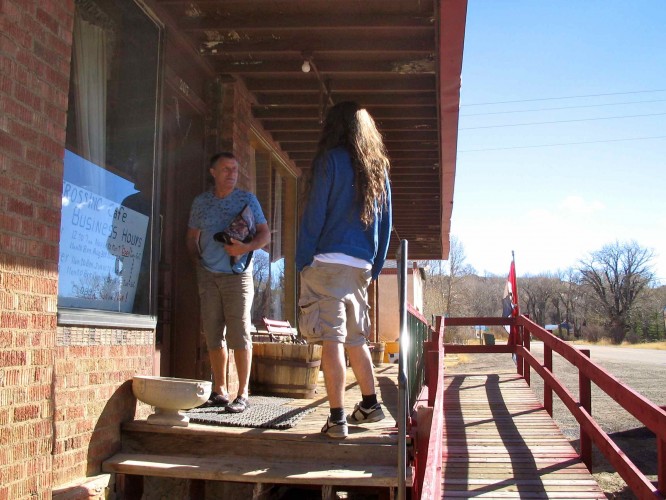 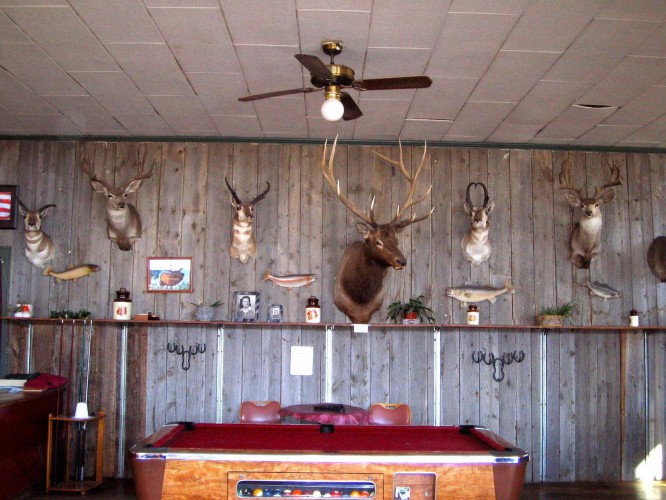 The owner of the cafe was a lovely country guy who asked us if we were from Australia, Carl replied, “No, New Zealand”, to which he responded, “Ah, close enough, I’d recognise that accent anywhere”.

We ordered burgers and spent some time looking at the items on display, including a tin of Dehydrated Water – genius! 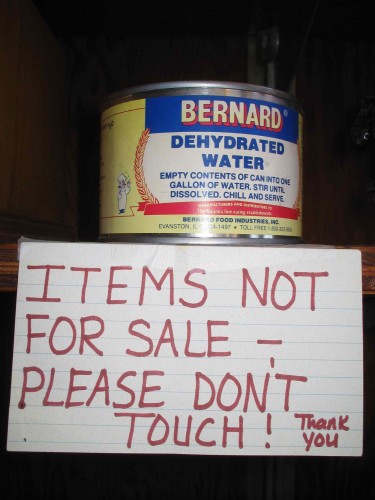 When our burgers arrived (it took a reassuringly long time for them to be prepared – definitely not fast food) we were treated to homemade, all-steak burgers.  Simon opted for a double – watching him try to eat it provided the rest of us with some in-meal entertainment. 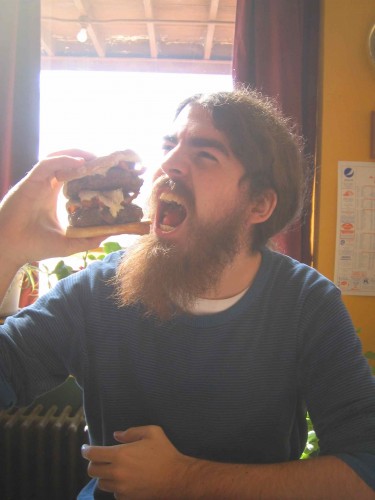 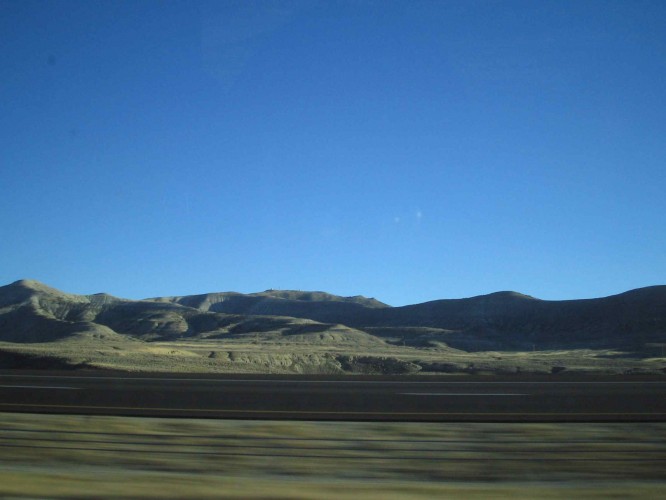 After hours and hours of driving through desolation we passed a hotel… in the middle of nowhere.  A tourist hotspot I’m sure! 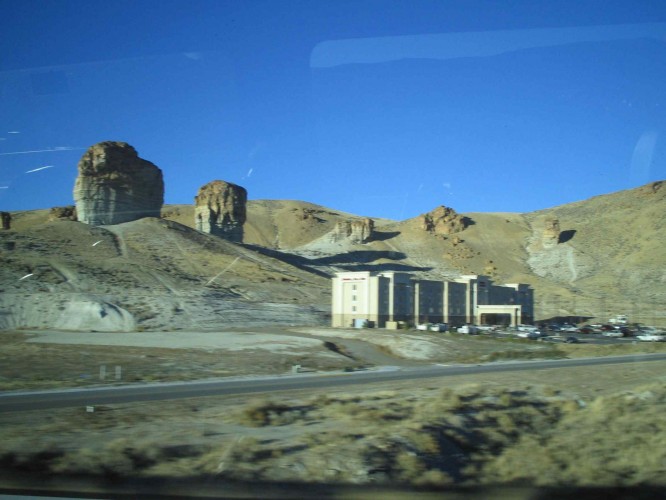 We finally arrived at our hotel in Salt Lake City.  When we checked-in there was a package waiting for me – a couple of effects pedals that MXR had sent to me.  Fantastic!  Can’t wait to try them out.