Seeing as were were staying at a hotel in the same town as our gig we had a late lobby call – 2.30pm, just enough time to get us to the venue for load-in and soundcheck.

When we arrived at the venue we found a diner upstairs… 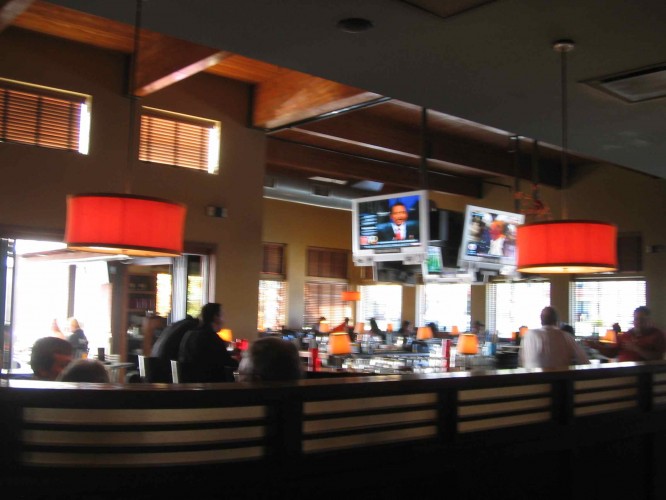 … then down in the basement was a cool jazz club. 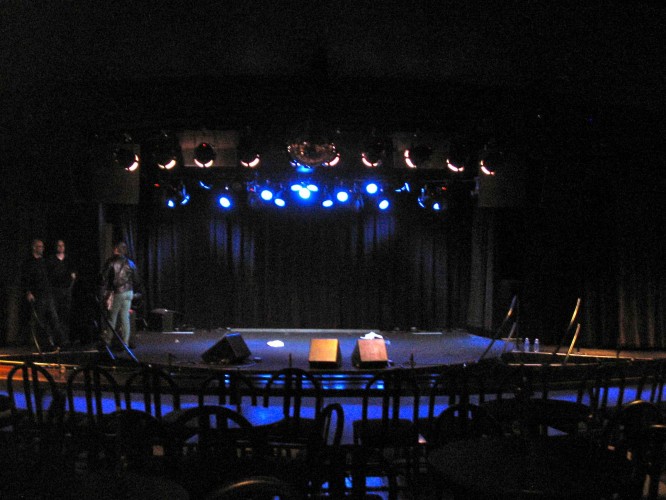 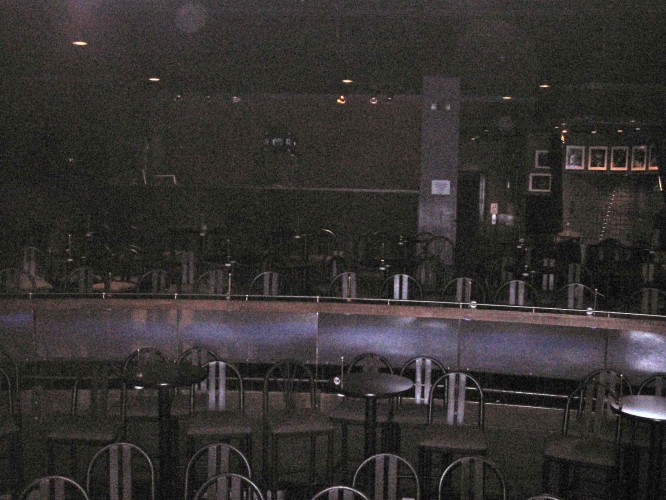 Each of the tables were numbered and had small switchable lights so that people could request a waiter without having to attract their attention by shouting or waving. 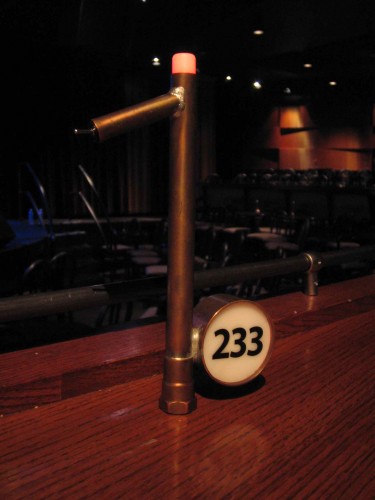 Our soundcheck was good – I could hear myself clearly as well as being able to hear both Carl and Simon (unlike our previous gig).

After soundcheck I had a chicken burger provided by the diner upstairs.  Then me and Simon did some work on the Chopin piece that I’ve arranged for bass and guitar; our target tempo is 140 BPM – fast enough to make it sound exciting and slow enough to maintain the great melody.

The gig went well.  Afterwards we met some nice people at the signing table.  When we left the venue it was Simon’s turn to smuggle out waters for the next few days on the road… 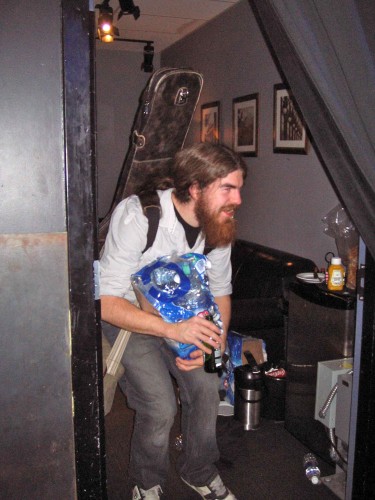