I spent much of the morning’s drive listening to my ipod.  The previous night I’d downloaded a couple of albums by an old Brighton (my hometown) band called the loveGods.  I always admired the band and, in particular, their lead singer Deah.  She’s one of those people who just oozes creativity – I find people like that so inspiring.  Her songs are so honest and creative.  I had a great morning listening to their two albums, while staring out the window at the passing scenery – it was a real emotional roller-coaster. 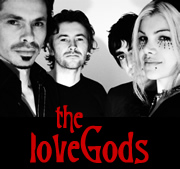 When it was time for lunch we followed Google Maps to ‘The Danish Inn’ where they offered an all-you-can-eat buffet (although I didn’t actually know it was all you can eat, so I only helped myself to a modest plate).  The dinner was very good and we finished the meal with some Danish Layer Cake – definitely a good recommendation by Google. 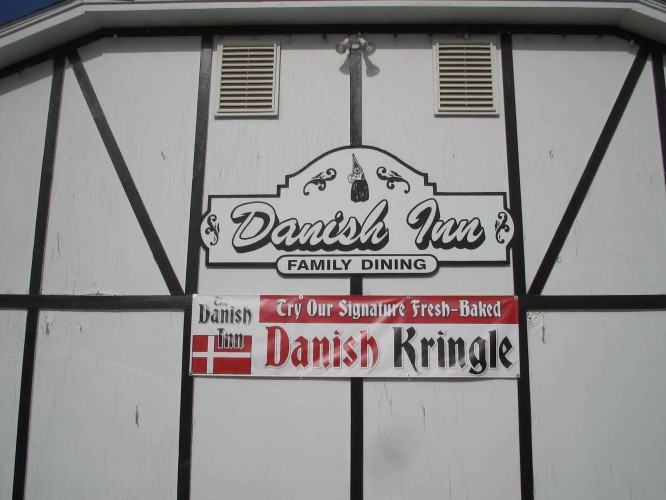 As evening (and with it a beautiful sunset) drew in we pulled into to a truckstop. 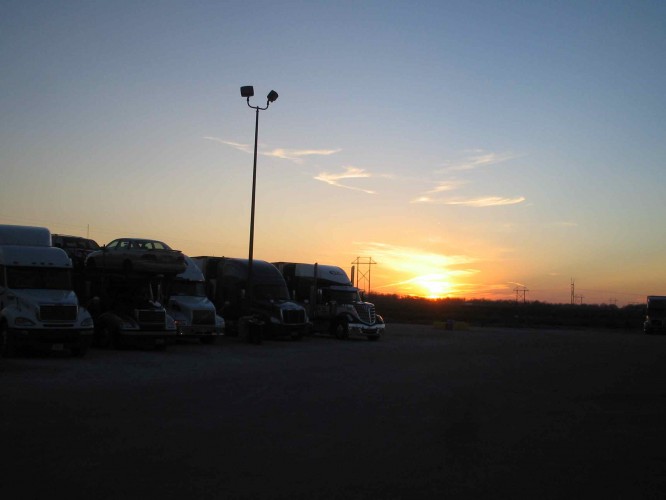 In the truck stop we saw a case full of sharp killing implements – various ornate knives and even a throwing axe, lovely stuff! 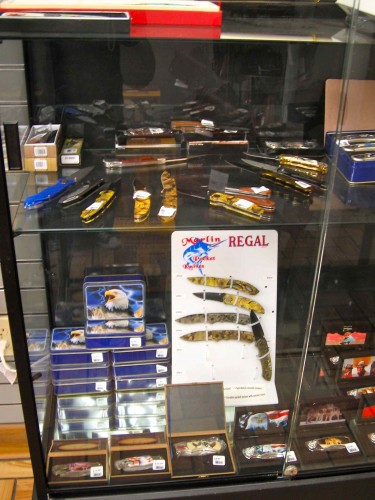 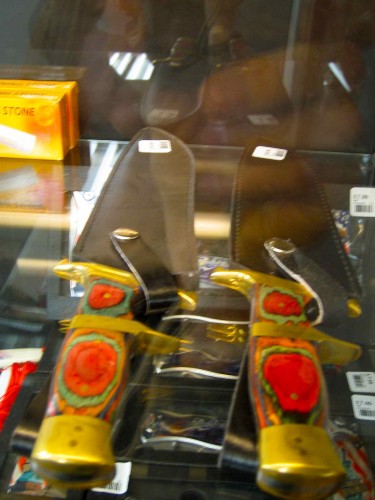 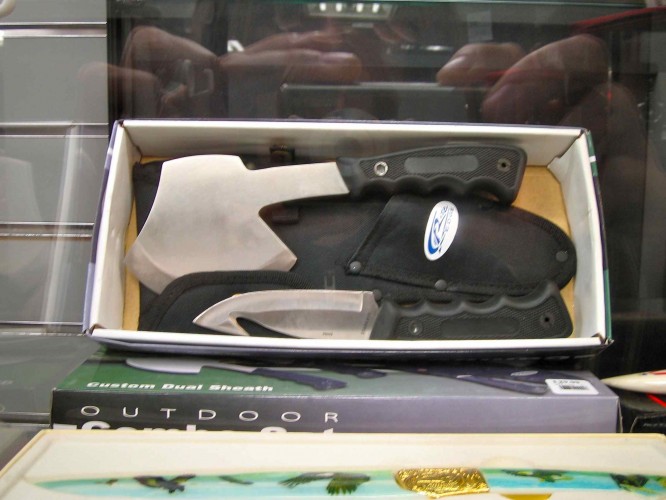 After the 11 hour drive from hell (quite fitting, seeing as today was Halloween) we finally arrived at our hotel in an oasis in the wilderness that we’d been driving through called North Platte.  The small town (well, it was more of a truck stop / mall) had a Starbucks, several restaurants / bars and a wild-west museum.

We’d kept a bottle of wine back from one of our dressing rooms so we all decided to meet in the lobby with paper hotel coffee cups about 10 minutes after we’d checked-in. 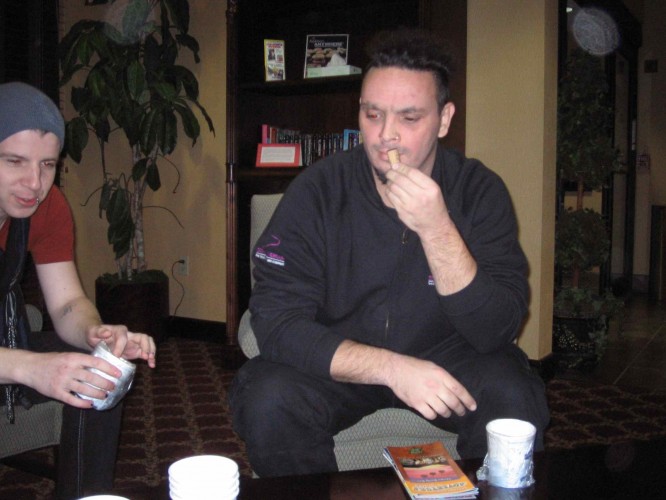 After the wine, Carl and Simone went for a steak while me, Josh and Simon checked out the swimming pool.  The plan was to go for a swim later – we spoke to a nice girl behind the front desk and managed to persuade her to let us swim after the 11pm swimming curfew!  When we got into the pool area we found a full-size pool and a small jacuzzi – unfortunately there was a sign stating that you couldn’t dive into the jacuzzi… 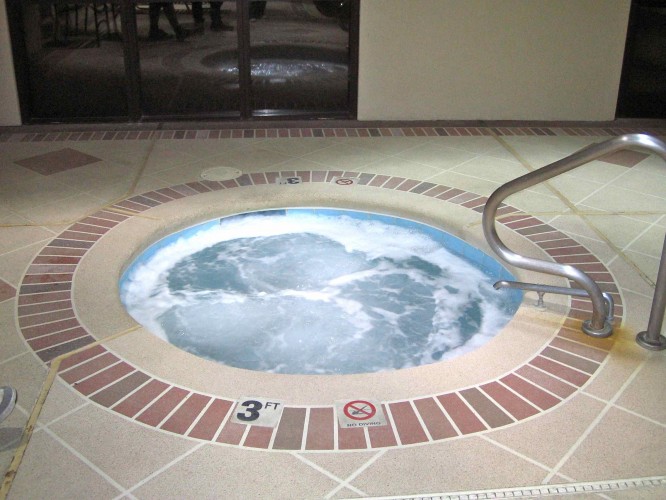 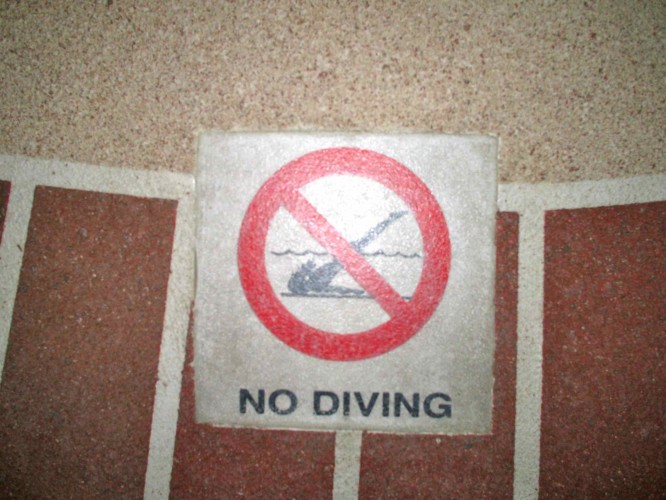 After checking out the pool we headed over to Appleby’s for a Halloween drink. 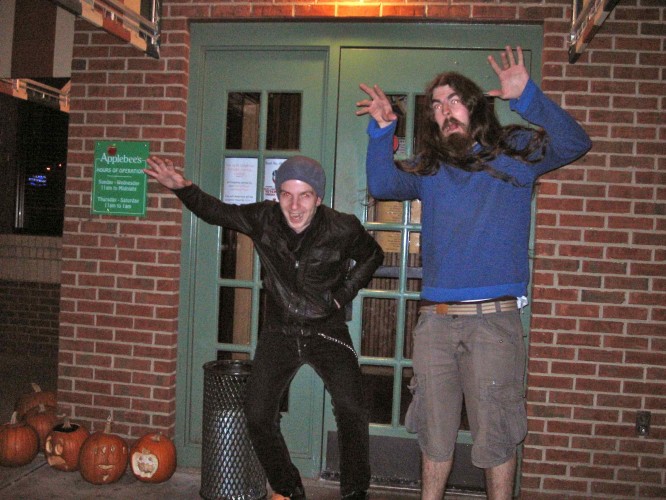 When we got there we took seats at the bar and got chatting to a bar man who also played drums.  We chatted the whole night – as he kept bringing us drinks the conversation got more involved.  We had a great night and, seemingly so did the bar tender, as when he gave us the bill we saw that he’d only charged us for around a quarter of our drinks – what a nice guy. 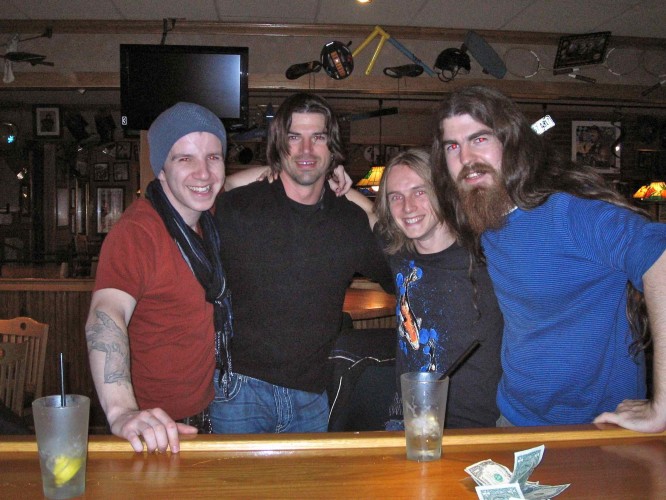 After we left the bar we all went back to my hotel room and watched the second Zeitgeist documentary, which is all about the monetary system – very interesting.  Finally, at 4am, after Simon and Josh had left my room, I turned out my light and went to sleep – both my body and mind felt cleansed after a day of leisure. 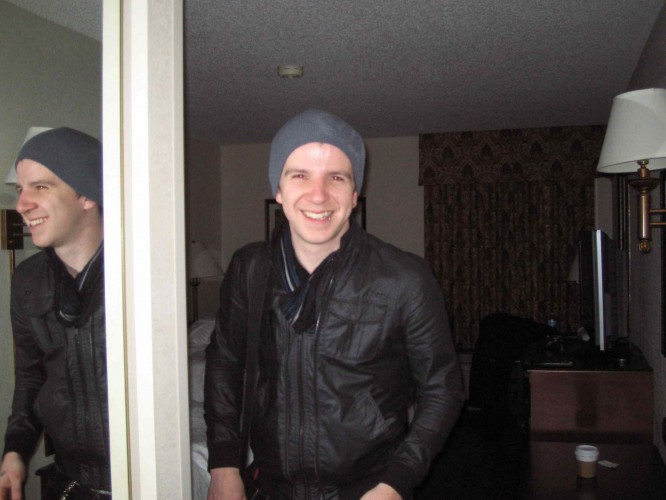