When we arrived at the venue we found that, yet again, we were the support act for a screening of the Rocky Horror Show!  Perhaps we should consider re-naming the tour? 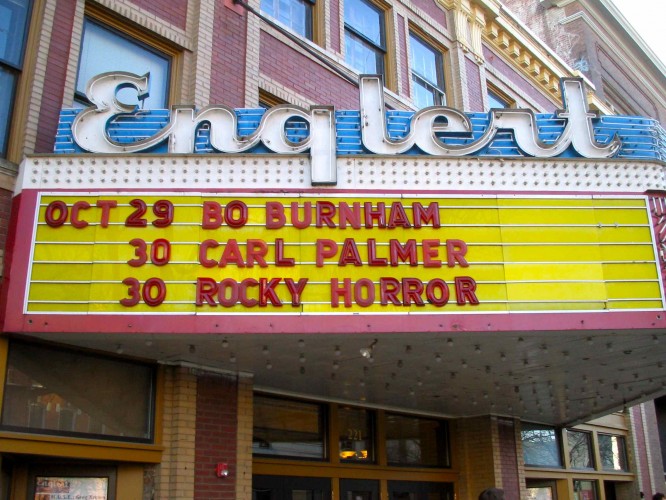 Inside we found a very similar looking theatre as we’d played the previous evening. 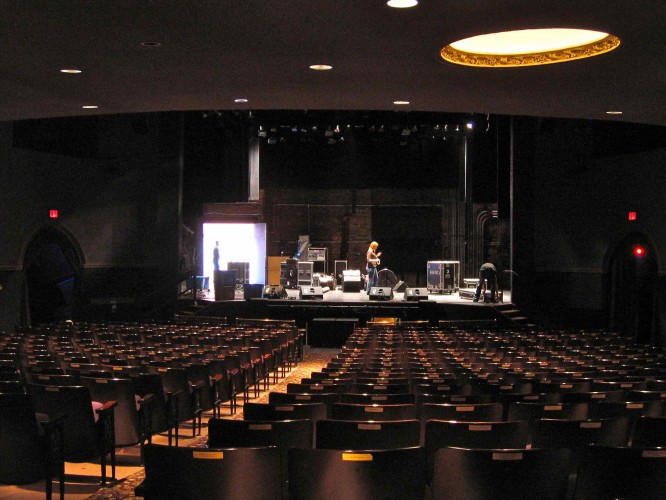 While the crew set up the stage I took a walk outside and saw two dogs dressed up for Halloween; one wearing a pumpkin costume and the other dressed as a hotdog – Americans certainly know how to do Halloween. 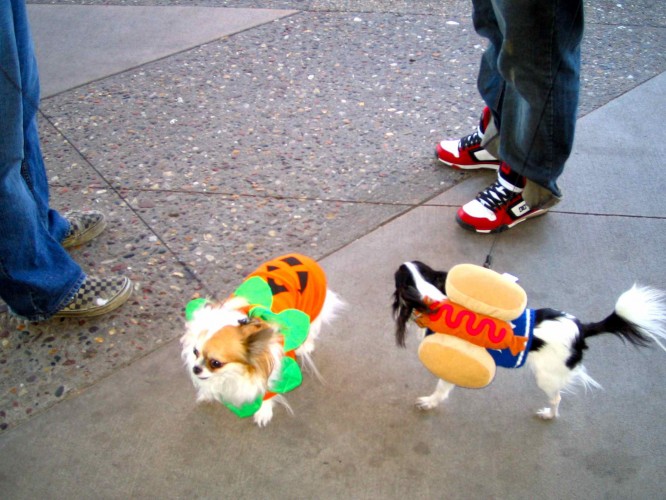 Our dressing room area consisted of a corridor of about half a dozen individual dressing rooms as well as a larger hospitality room.  Each of the rooms had been ‘a gift’ from a certain person or company – my dressing room was ‘a gift from Michael Maharry’ – thanks Michael :o) 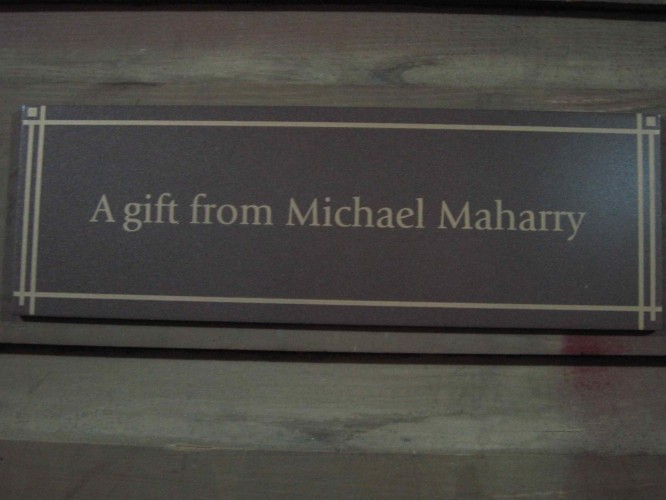 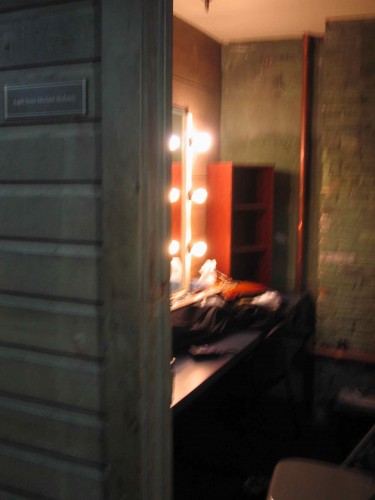 In the dressing room corridor was a notice that read, ‘SHHH…  REMEMBER: The audience can hear you!’.  I took the notice and stuck it on Simon’s monitor speaker as a friendly reminder for him not to play too loud. 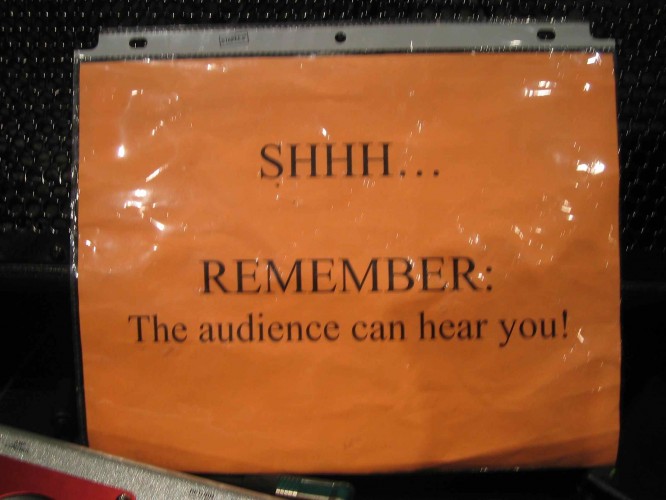 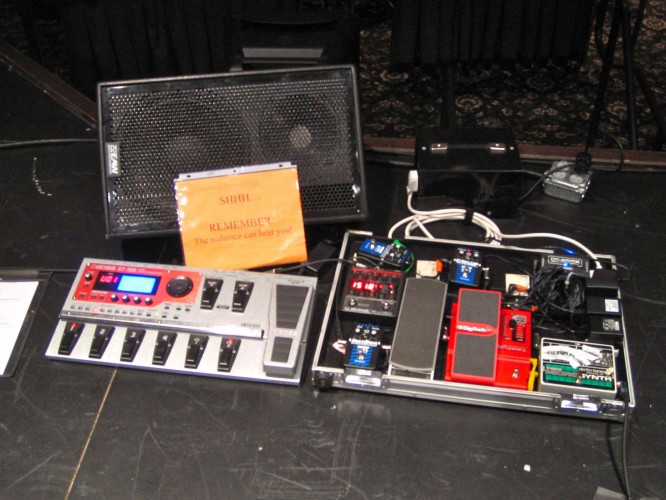 When the time for the gig came, we went out on stage and launched into our first song.  My guitar was BLASTING me from all directions (my two amps and my monitor).  While this wasn’t a bad thing in itself, it did mean that I couldn’t hear ANY of what Simon was playing and certain moments of what Carl was playing.  I tried to get the monitors adjusted but settled for a level I thought was going to be as good as it would get.  Afterwards everyone said that they’d found it hard to hear on stage; there were a few moments where we struggled to keep together, but we fought our way through and made it off stage in one piece!

This gig marked the 17th gig (or 18th if you count the day we did two shows) in 19 days.  The whole band seemed to be feeling the strain of the constant gigging and I think it’s safe to say that, although we wouldn’t miss doing a gig for the world, we were all glad that the next two days were days without shows.