We played Shank hall on our 2006 tour, so it was a familiar venue.  Famed for it’s Spinal Tap connection (the club is named after a venue in the film), the main room of the venue is full of Spinal Tap memorabilia as well as signed photos of all the artists that have played there.  Among them were some familiar faces… 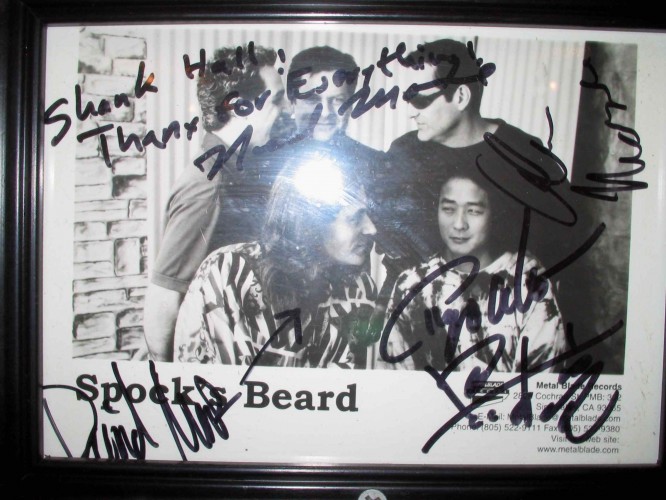 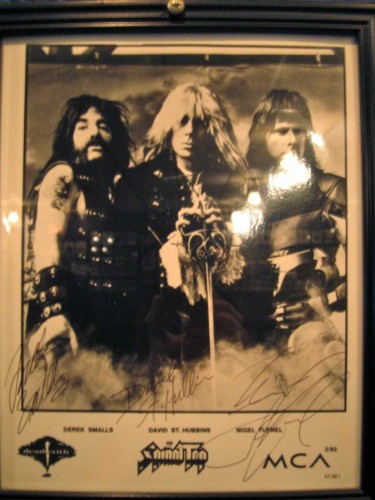 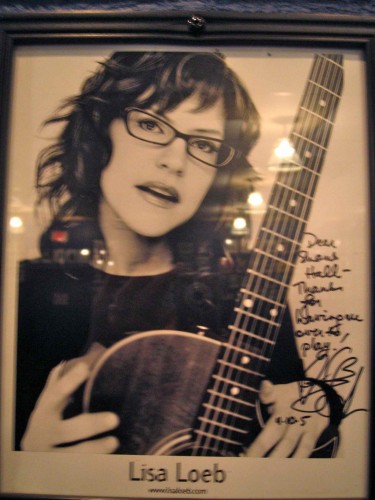 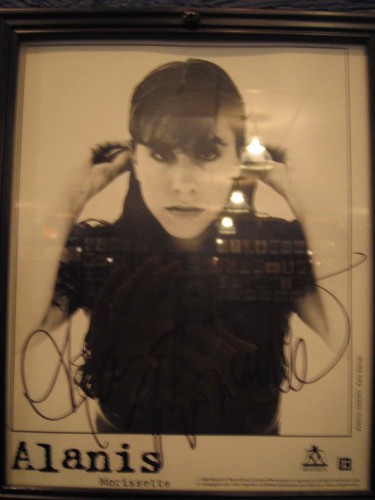 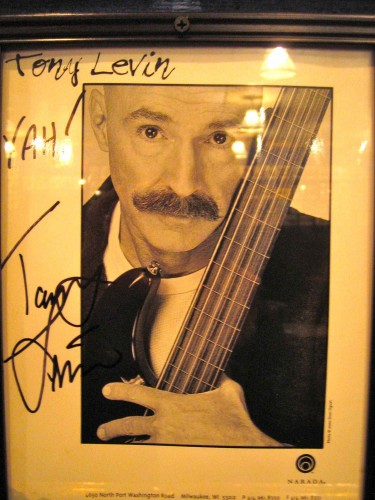 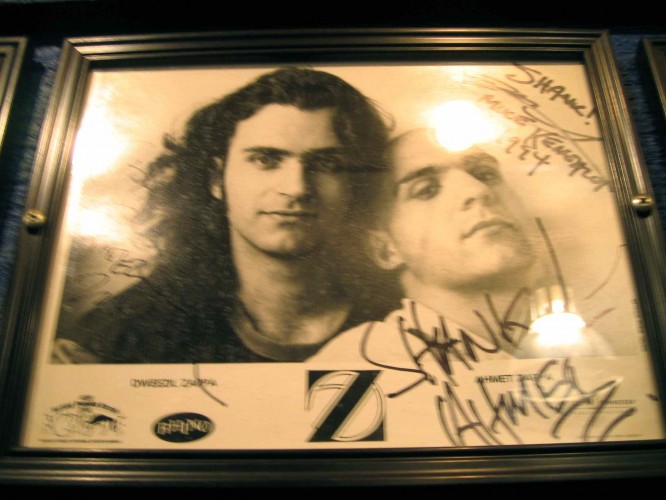 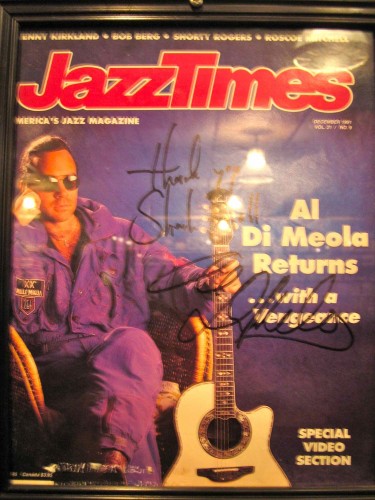 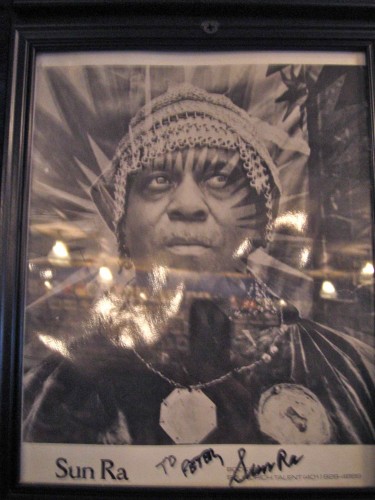 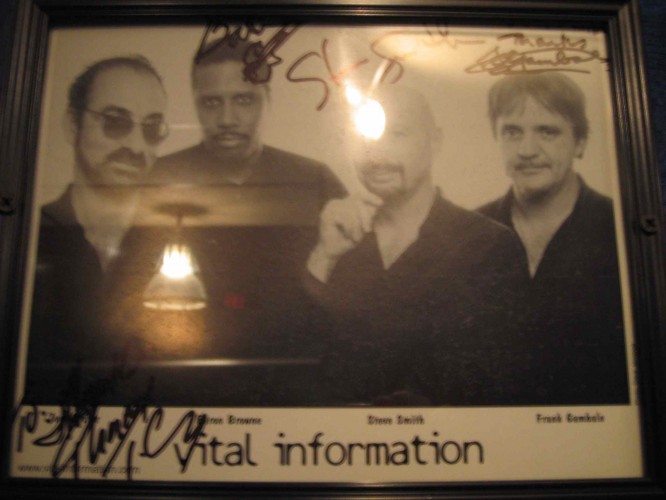 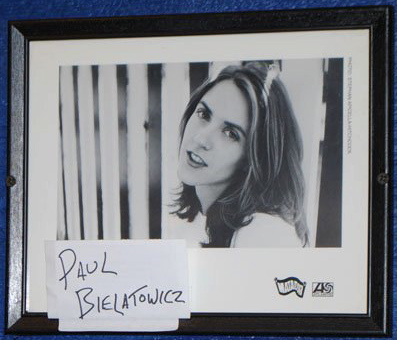 Above the stage hangs a miniature Stone Henge, which was made for Spinal Tap when they played Milwaukee after the film was released. 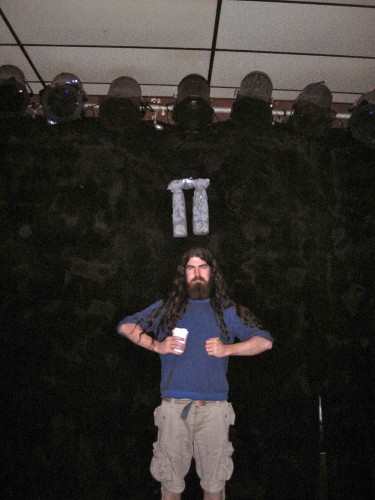 Tonight we had another support band – Jimmy at the Prom, a cool local prog band.  I chatted to Sean, their guitarist, about fx pedals – he had an interesting selection… when their bass player came over we pretended to be talking about women, football and beer just to avoid the embarrassing geeky guitarist cliches. 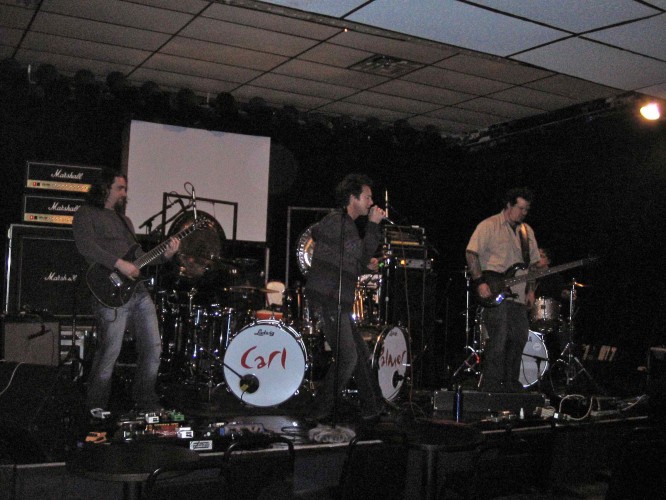 When I went out to do the usual pedal check I spotted a lady in the audience who was at the gig we did there in 2006 (check out the 2006 tour blog entry – there’s a story!).  I said hi to her and mentioned that she was sitting in the same spot as she did four years ago, only one row back – she was impressed that I remembered!

The gig was fun but I was feeling really tired – I keep forgetting to turn off my phone at night and so have been woken up really early the past few mornings by people calling me from the UK (currently six hours ahead of us).  During my solo spot I started to play the theme from Monty Python (a tapping arrangement with the melody and bass line) and all of a sudden my mind went blank – I did my best to keep my calm even though I had no idea what I was doing… it was a very surreal experience, I watched as my hands played the whole piece note for note, without a mistake – I was as much a spectator as anyone in the audience; together we watched me play the Monty Python theme from start to finish.  I must try to get more sleep and remember to turn my phone off from now on!

After the show we did our usual signing and I met the lady who I’d spotted before the show, her name is Shirley and she gave me a t-shirt of the club that she owns.

Round the corner from our hotel we spotted a 24-hour diner, so we went in and I ordered some potato wedges – more unnecessary food!

After our meal we drove to the hotel, one that we remembered from the 2006 tour.  We recalled how it was a nice hotel but that it was undergoing a major renovation back then (over 4 years ago).  It should be REALLY nice now that it had been finished.

To our shock, we arrived to find it was still very nice, but still undergoing renovations… will they ever get it finished?!! 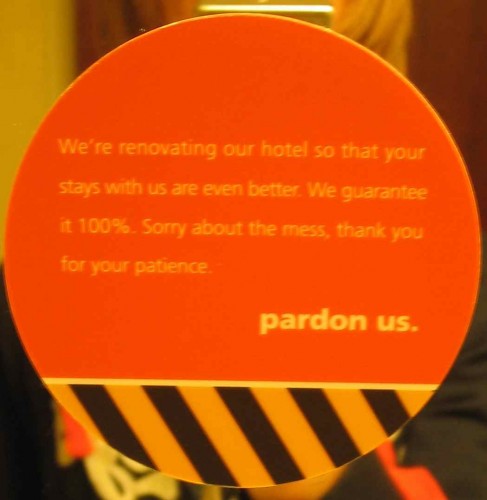 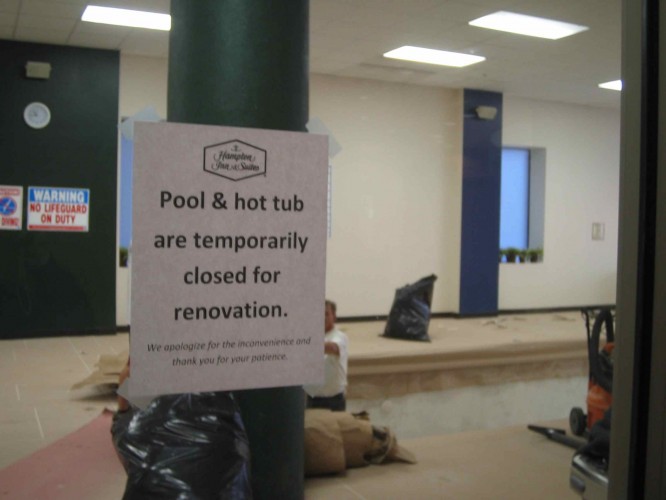