Seeing as we didn’t have a show today it was decided that we’d have a late check out – a decision enthusiastically received by everyone.  As we left the hotel we passed a car park advertising ‘No FREE Parking – ANYTIME!’ – interesting advertising tactic; I was sold! 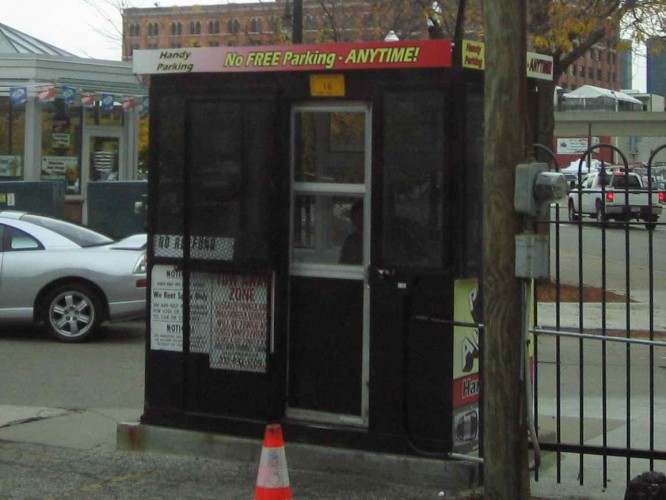 Our first stop was Starbucks.  America, being the world leaders in fast food and disposable food packaging, always manages to impress me with new solutions to problems I never knew I had.  Today’s Starbucks experience was no exception; when I collected my coffee (decaf vente latte with an extra shot) I spotted some small green plastic sticks next to the cup lids.  I asked the barista what they were for and she explained that they were to stick in the drinking hole of the cup’s lid so that it didn’t spill while I was carrying it – genius! 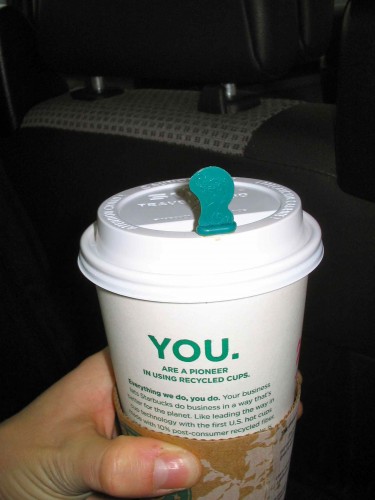 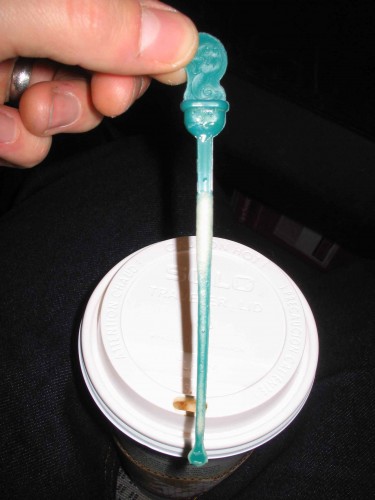 When we got a back to the van (with absolutely no sign of coffee spillage from my well protected cup lid) Carl pointed out that the other side of the river we’d parked next to was Canada – pretty cool.  This fact was confirmed when we spotted a sign for the ‘Bridge to Canada’. 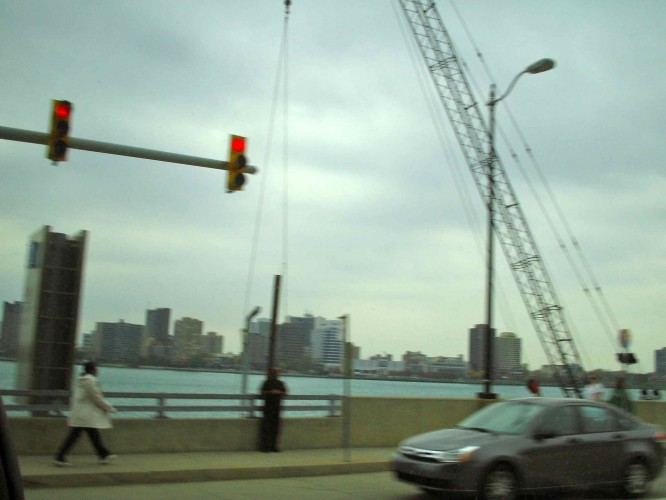 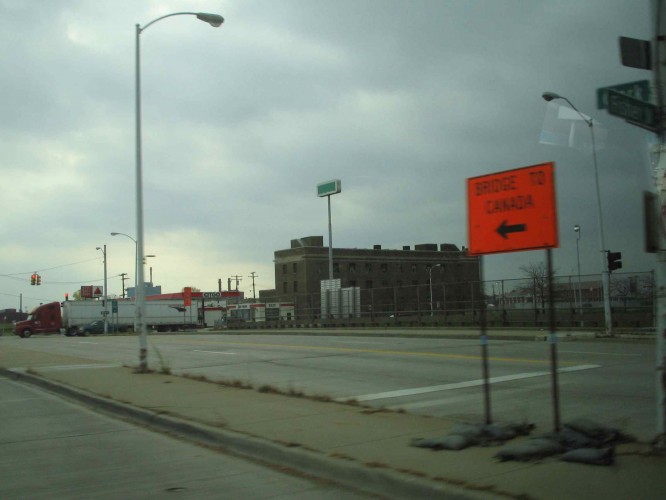 A little outside of Detroit we had our first brush with the law.  We got pulled over by a friendly police man who asked Harry the usual questions about where we’d been, where we were going, who owned the van…  Apparently Harry had been driving too close to the car in front – he humbly apologised while I made sure that my flash was turned off for the tour blog photos! 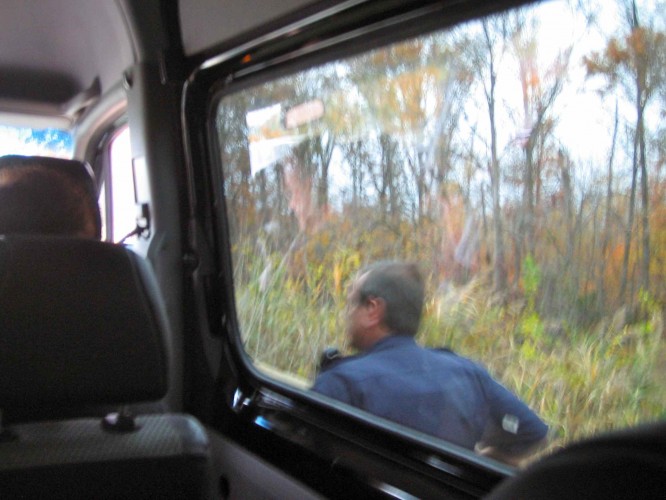 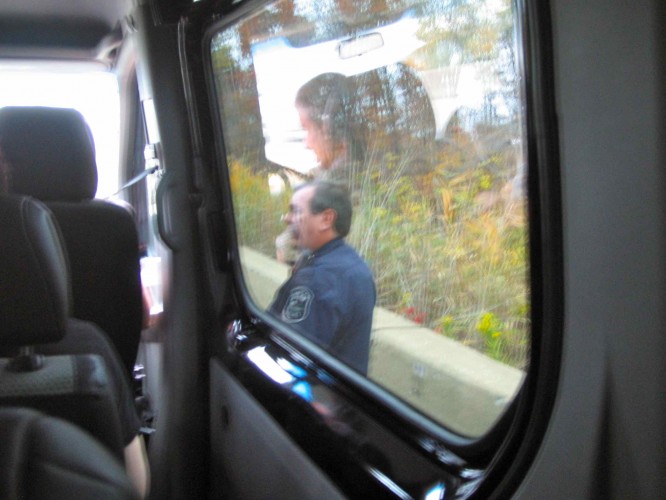 Today’s ‘lunch stop sponsored by Google Maps’ was Dicky’s Wild Hare – chosen entirely on the merit of it’s name.  As we walked in I was interested to see that they were picky about the kind of pets you brought in… 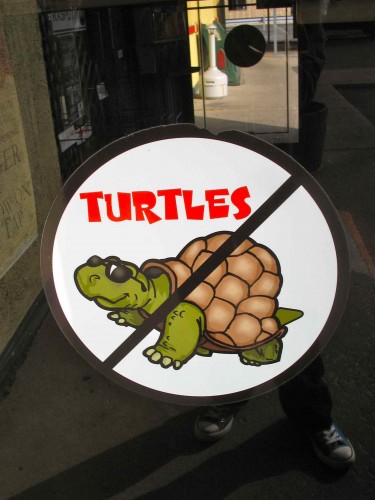 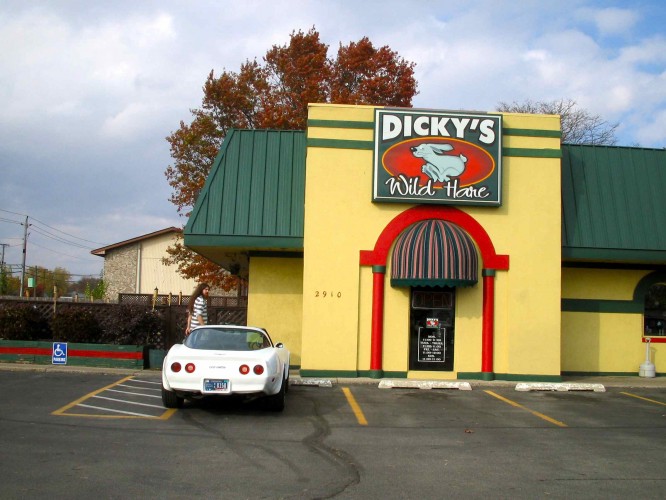 At some point in the meal our waitress commented that we looked like musicians (what does that mean?!), she asked us what band we were from and Harry told her that Carl had been in Asia and ELP.  A while later a guy came over to our table (the waitress had obviously told him about Carl) and enquired, are you the drummer from Asia.  Carl responded, “He is”, pointing at Harry.  The guy was delighted to meet Harry Ford, the drummer from Asia and commented, “Finally, I’ve met a real famous person!”

On the way to Dickie’s we’d spotted a local music shop.  So, when we’d finished our meal, we made our way over and checked out what they had to offer.  Inside I found a really cool Washburn Nuno Bettencourt signature model – I got it down to play it but it, being strung with gauge 9 strings and (I presume) not having many springs in the whammy bar cavity, the fact that I hit the strings hard when I play made each note ‘flutter’ as the Floyd Rose whammy bar vibrated from the impact.  Shame, as it was a really cool guitar. 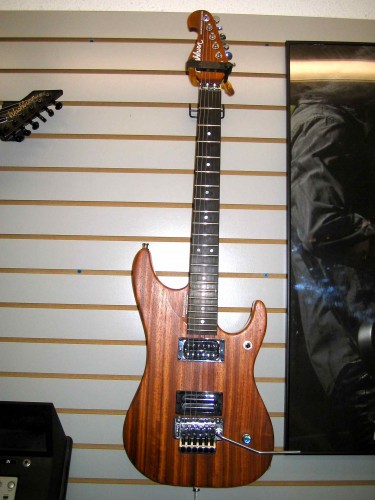 The guy in the shop pointed out another silver version of the same model and told me that it had been used by Nuno with the band Satellite Party on a live TV show – cool. 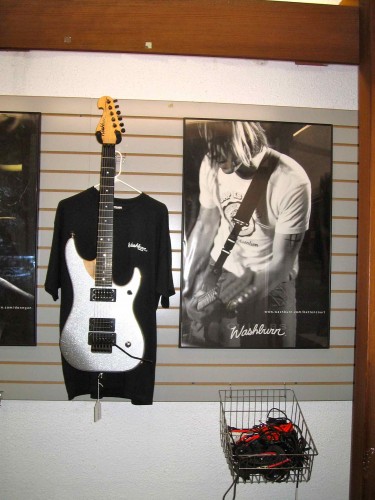 A little further into the journey we passed a Guitar Center – a music store found all over the US.  You can never have enough guitar shop stops in one day! 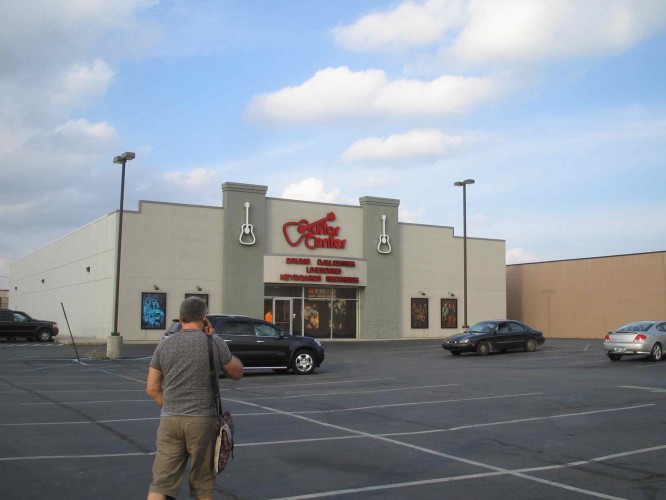 We finally reached Indianapolis and checked into the first hotel I’ve ever been in that had a Jenga game on the front desk. 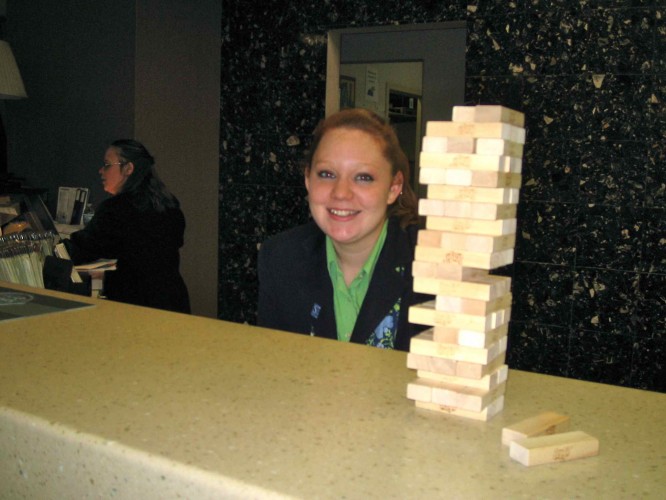 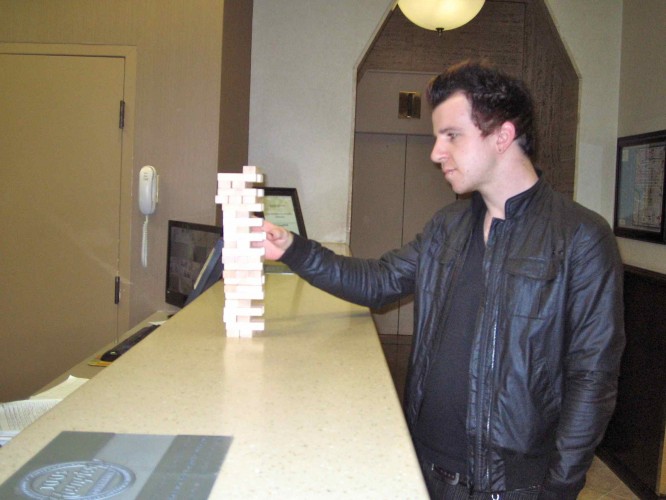 We each had a turn and I opted for one of the two remaining bottom pieces… to my amazement the tower stayed up! 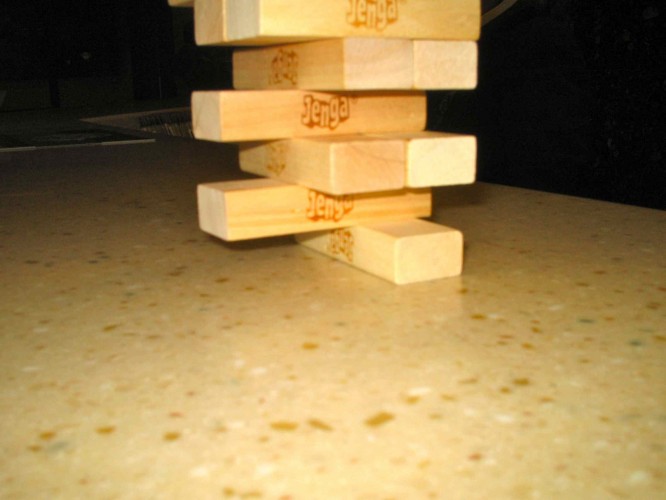 Then we watched as Simone went to town on the Jenga tower and built, what was to be affectionately named, ‘The Leaning Tower of Simone’. 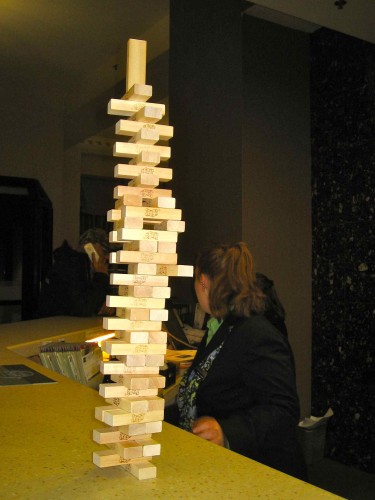 Simone, Josh, Simon and myself arranged to meet in the Lobby at 9pm to go out for dinner.  After some deliberation we settled on the Alcatraz Brewing Co.  When we went ‘inside’ (pun intended) we found that they brewed their own beers – fantastic… a chicken burger and a wheat beer later I left satisfied and headed back to the hotel. 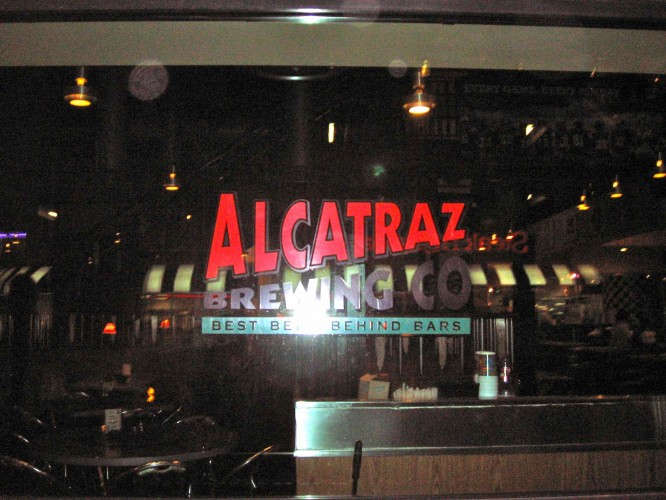 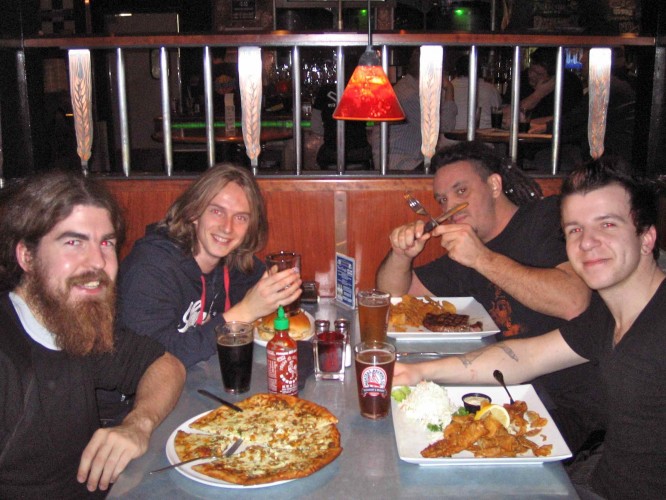