After the usual morning drive we tracked down a diner – we’ve stopped leaving our lunch stops to chance and instead have adopted a high-tech approach, using google maps to help us decide where we’re going to eat on our journey.  Today Google suggested the River Diner. 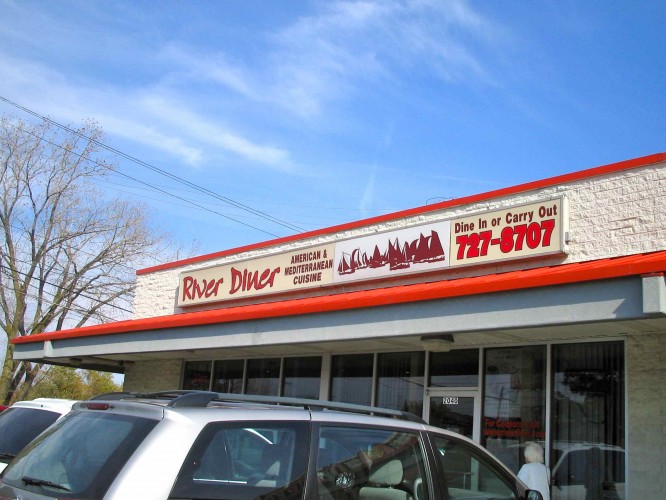 I wasn’t in the mood for anything fried so, craving a light heathy lunch, I ordered a small greek salad.  When the waitress brought my salad I was shocked at the sheer size of it – I asked her if she was sure that this was the small salad and she insisted that it was, so I tucked in.  The ‘Greek’ salad was smothered in a spicy sauce which contained chopped-up carrots – I don’t think the Greeks have caught onto this addition to their classic salad yet! 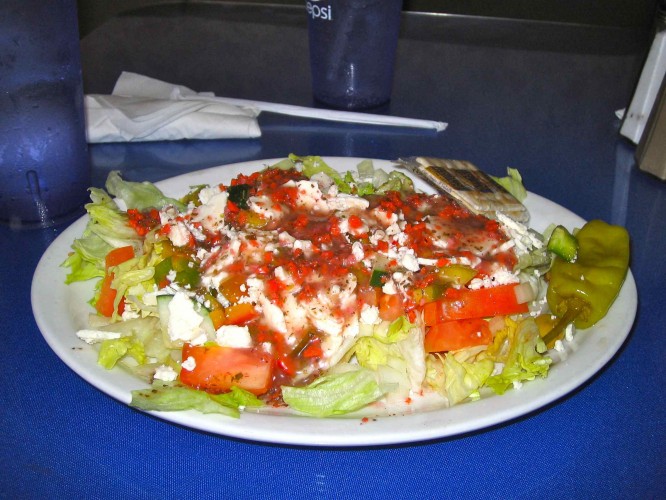 Tonight we were due to do two shows at the same venue in Detroit – the first at 7pm and the second at 10pm, each show would be one hour long.  When we got to the venue we saw a poster describing the gig as part of a ‘Drum Battle’ between Billy Cobham, Steve Smith and Carl Palmer.  Audience members at the individual gigs get a chance to vote for their favourite drummer – whoever gets the most votes will be brought back for another gig… a bit presumptuous I thought! 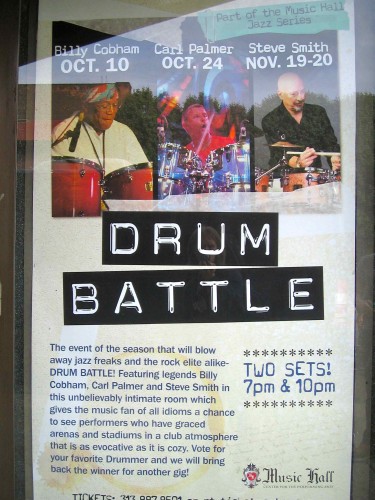 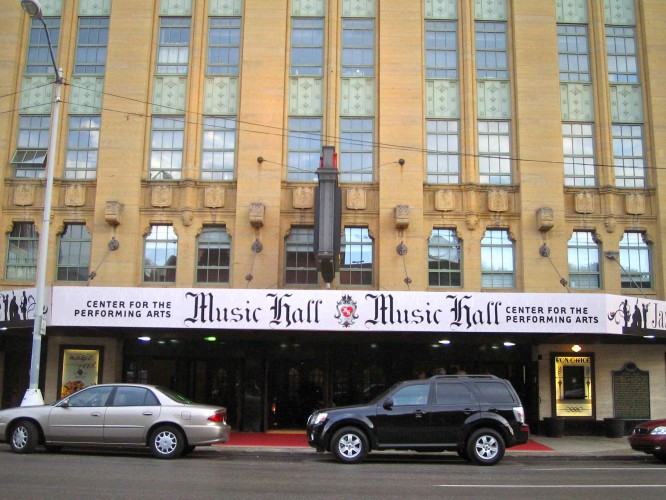 When we got to the venue we found a very intimate room set up with tables and chairs. 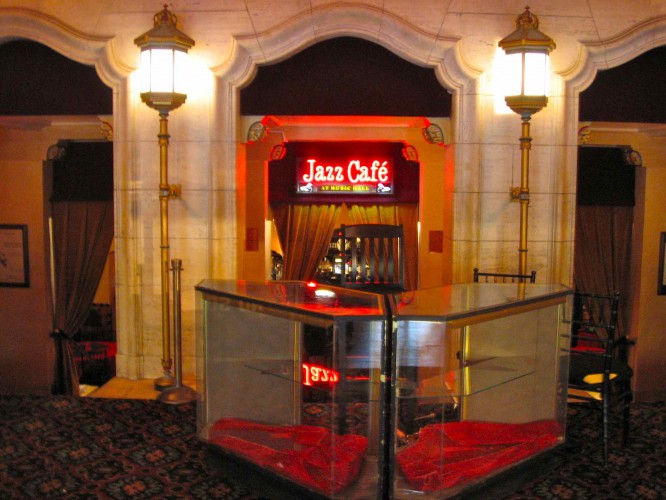 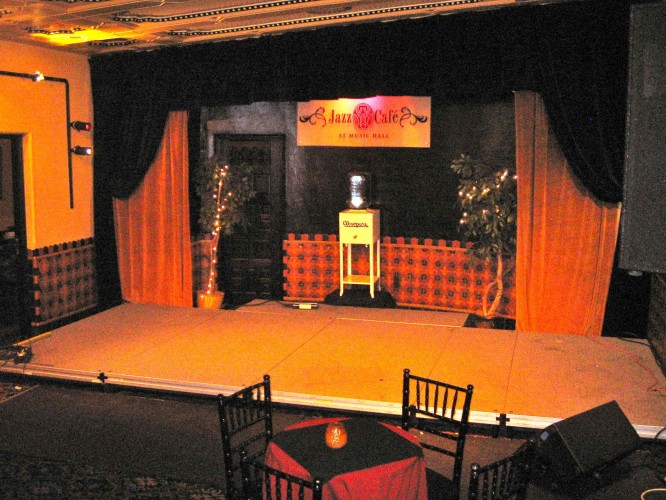 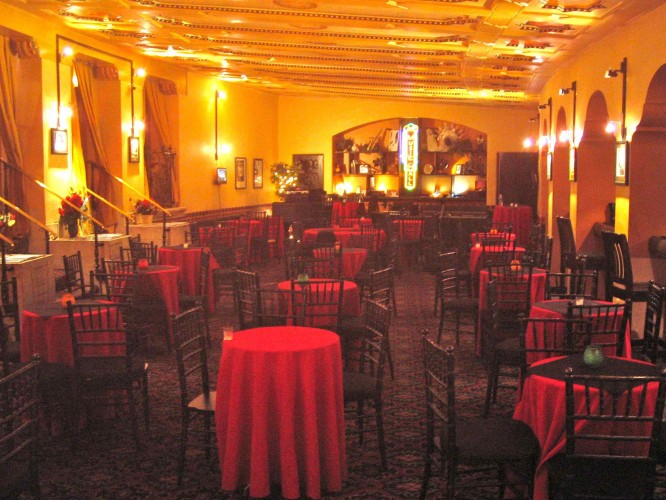 Our dressing room was ‘Chorus Room A’ – the venue was an old Music Hall and still maintained its original features. 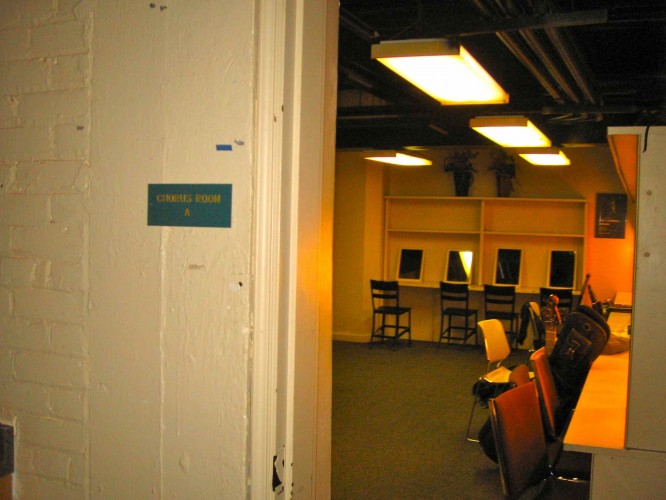 For me, the best set of the night was the later one; I felt we played with more energy and excitement.  A highlight of the second set for me was trying a new section in my solo spot – I played the theme from Monty Python’s Flying Circus, I new piece I’d been practicing in soundchecks throughout the tour.

After the gig I got to meet Jon, a guy who’s been in contact with me through my website – it was nice to meet a guy who I’ve only ever e-mailed.

After the gig we waited outside the club as the crew finished loading the van and trailer while listening to Yes on a stereo in the foyer.  When the van was packed we learned that our hotel for the night was just around the corner – we could have walked their faster than it took to drive… ah well, at least we got to listen to Yes!

When we arrived at the hotel we were met by a valet parking attendant.  We pulled up along side one of the most ridiculous cars I’ve ever seen – it had been ‘boxed’ with HUGE wheels.  As I took photos the valet guy told me that cars with those wheel don’t do well turning corners and you can’t take them on the freeway – a practical family car then! 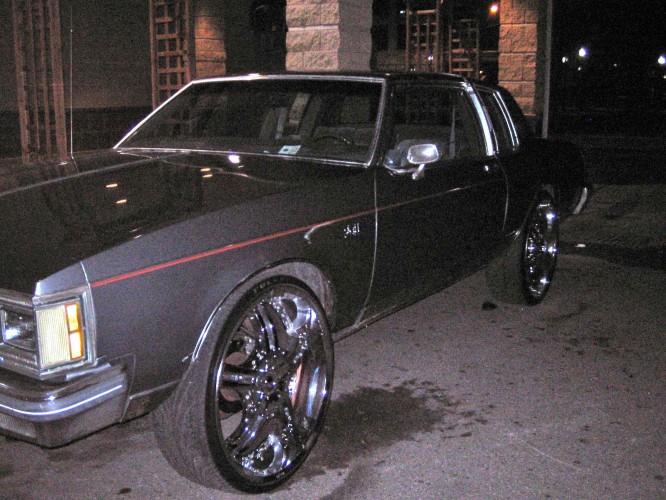