Today’s gig was in a town called Rockville – what an amazing place to do a rock gig! 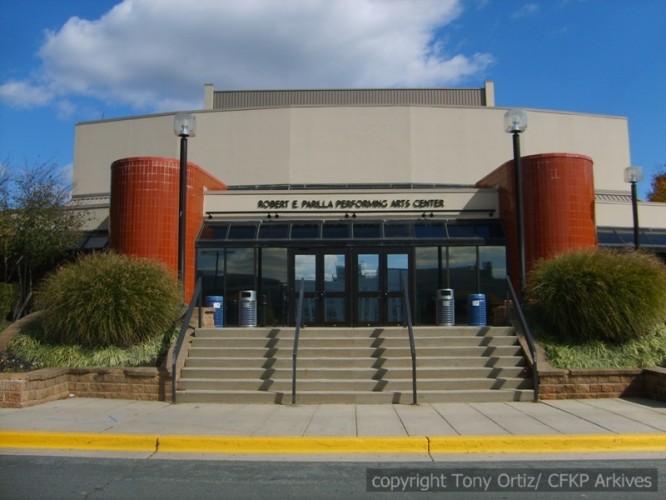 The venue was on a college campus – a nice theatre with very helpful tech staff.  The idea today was for some college students to come and watch our soundcheck… soundcheck came and went without a sign of a single college student – ah well.  They eventually turned up after our soundcheck and Carl gave a talk from the edge of the stage while I sat side stage, where the internet connection was strongest, and did a little on Facebook (I’ve just signed up – I resisted for years but they got me in the end). 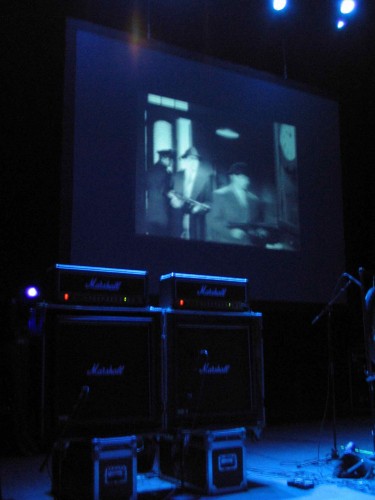 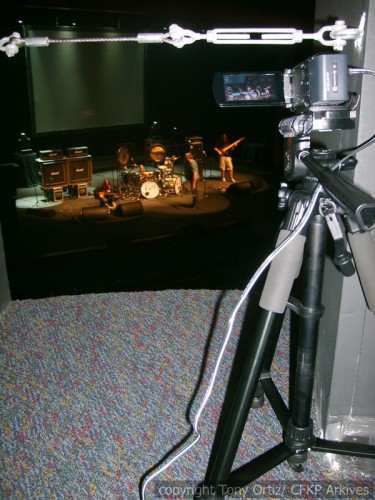 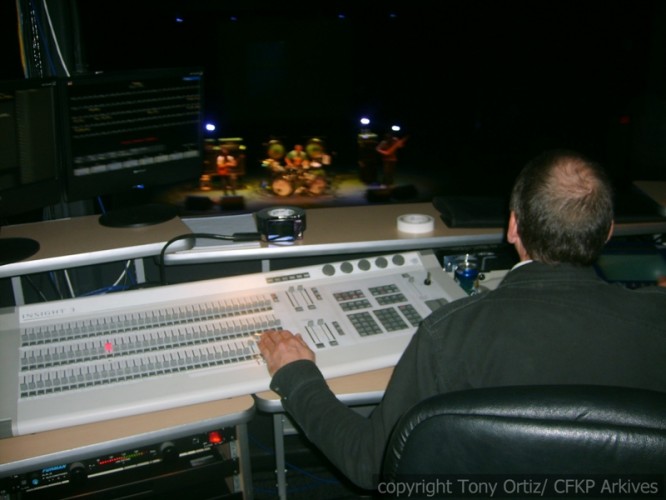 Back stage I met Al – a guy who had been at the previous night’s show in Annapolis.  Al is a drummer and a truly amazing guy.  He uses a wheelchair now as he was involved in a car accident when he was 25 which resulted in him getting spinal bruising – he was a drummer then and, although the accident left him paralysed, he was determined to continue drumming.  After the accident he was completely paralysed but then worked to get some movement back.  He now plays drums amazingly and, watching him behind a kit, you would never guess that he has any mobility difficulties – with one exception: Al triggers kick drum samples by clicking his tongue into a mic.  What a truly inspirational guy.  He must be one of the true examples of triumphing over adversity – he’s taken what life has thrown at him and not let it get in the way.  And top it all off, he’s one of the most positive guys you could ever meet.  I felt truly honoured and humbled to have met this great man and I hope we will stay in touch for a long time. 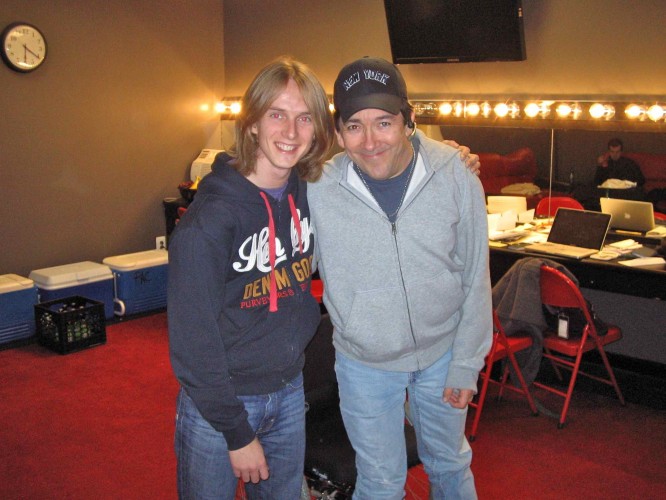 The venue provided us with a huge dinner – really nice food and SO much to chose from.  Then, at the end of the buffet line was THE biggest cake I’ve ever seen.  Check out the photo below – the large cake slicer puts its sheer size into perspective… 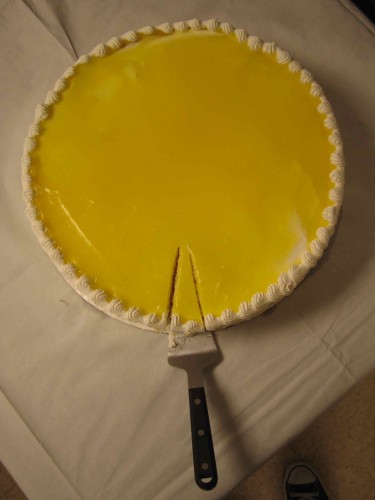 The show was fun.  From the moment we’d got into town I tried to convince Carl to say something along the lines of, “Are you ready to rock, Rockville?”.  I did a quick poll of the venue staff and, to our amazement, they couldn’t remember any band having made the ‘Rock’ville reference (surely that can’t be right).  I must have put across a good case to Carl as, when we went out for our encore, he said, “We’ll be back again to rock in Rockville” – I was so pleased that he’d taken advantage of the obvious line… it made my night! 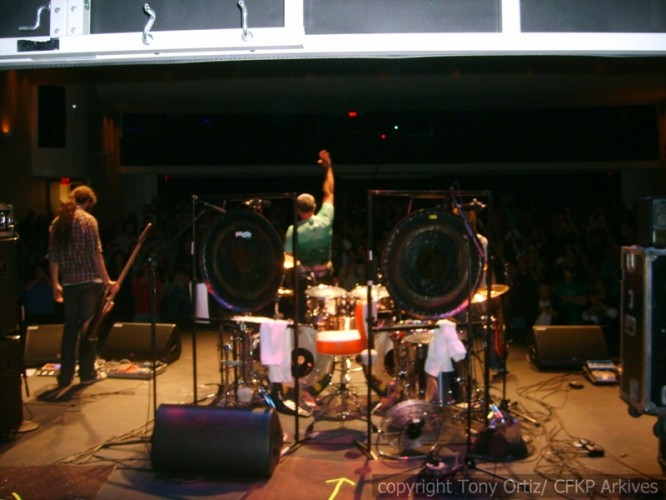 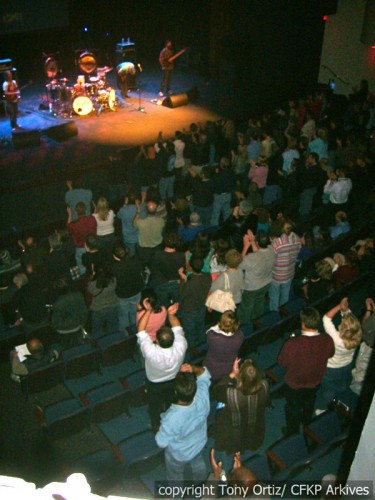 This show marked the end of the tour for Tony Ortiz and Mary Ann Burns – two fans / friends / helpers / great people that have been with us since our gig at Showcase Live in Foxboro, MA.

We drove to our hotel, stopping on the way for McDonald’s and Wendy’s burgers… the healthy eating continues!