We met in the hotel lobby at Midday and left for BB King’s.  The drive to the club was quick; the drive around the block to the front door of the club took an age in the New York traffic. 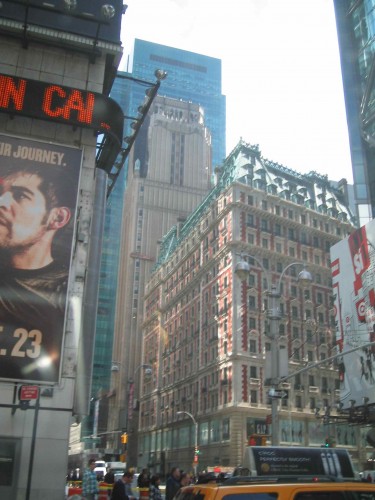 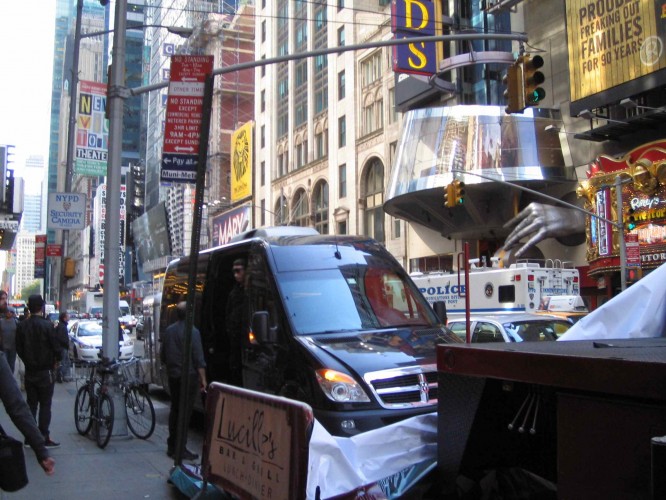 Outside BB King’s Tony Ortiz was waiting for us, camera in hand, documenting our arrival. 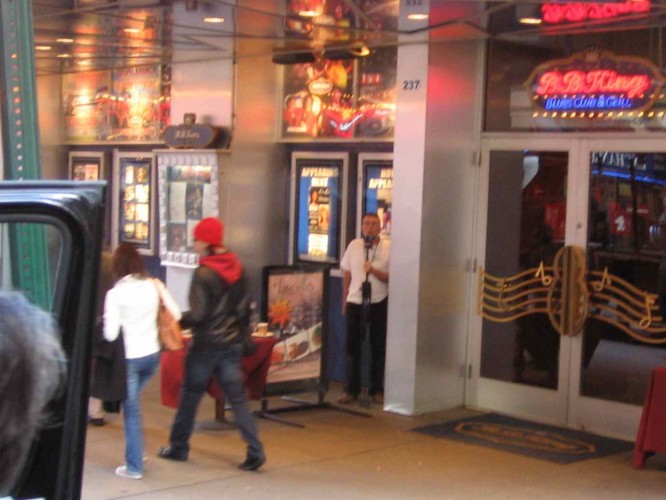 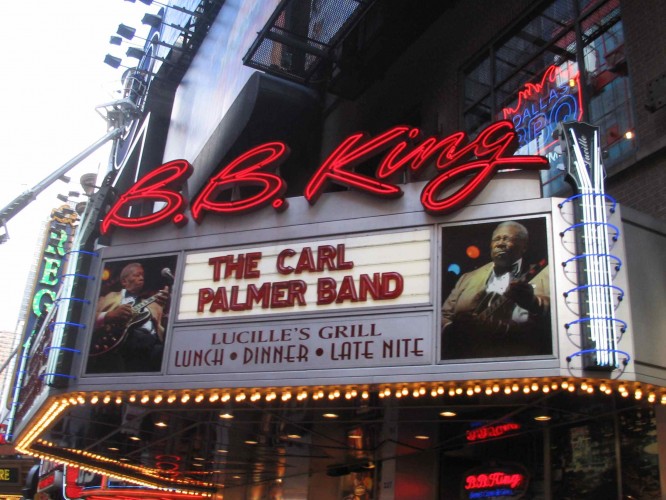 We settled into our dressing room and hung out there until it was time to sound check. 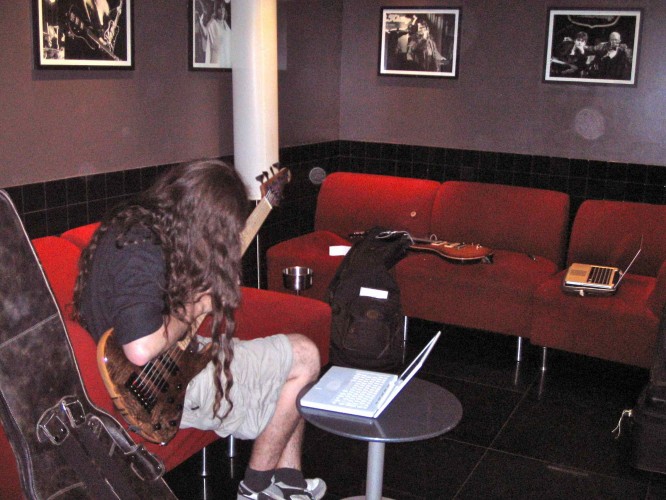 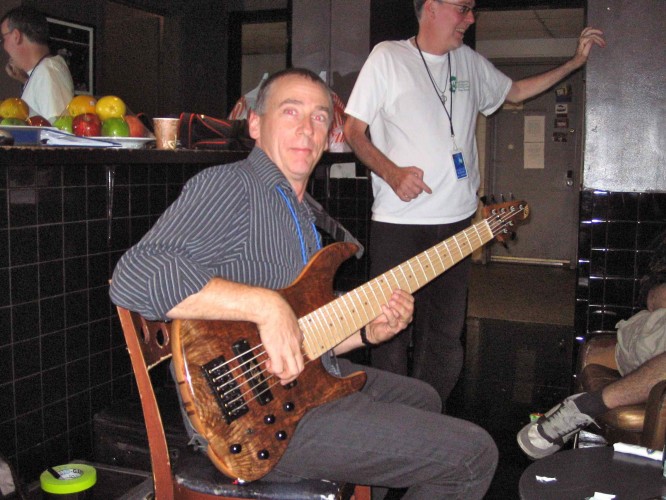 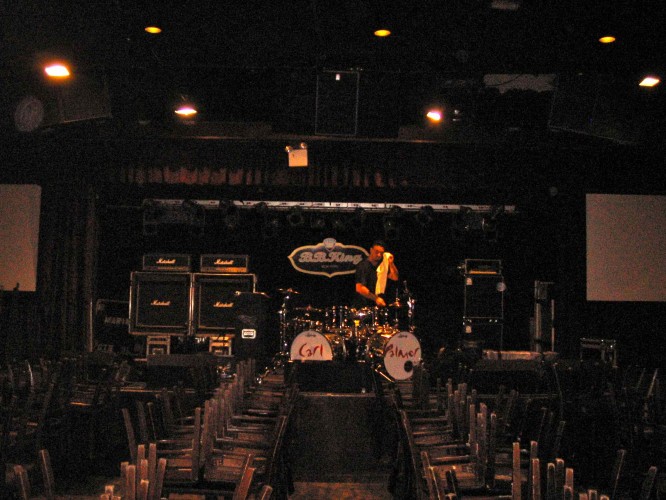 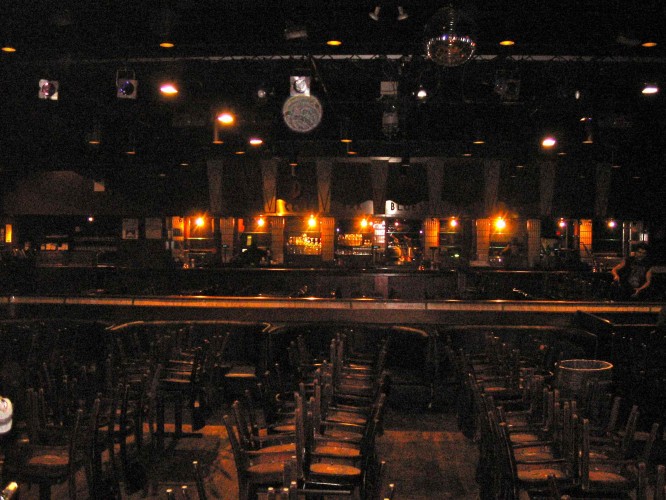 When the doors opened I went out to see my parents and their friends – I’d got Harry to reserve them a good table and Carl had a nice bottle of wine sent to them as a gift from him.

The show went well.  There were a couple of technical issues, one being my guitar – the switch that toggles between electric and acoustic (and a mix of both) has been playing up recently, sending my acoustic signal to my electric amp (my guitar has a stereo output so I can send its acoustic signal direct to the PA and have the electric signal going to my amps).  The result was a horrifically distorted (in a bad way) sound, coupled with intermittent microphonic feedback – I waggled my guitar cable for a few seconds before realising what was going on… must get that fixed asap!

After the show I had the chance to meet a few people who have been instrumental for the band recently – the president of our US tour agency and president of the band’s record company.  After doing our usual stint at the signing desk we went back downstairs to spend some time with my parents and their friends before it was time for us to head back to the hotel. 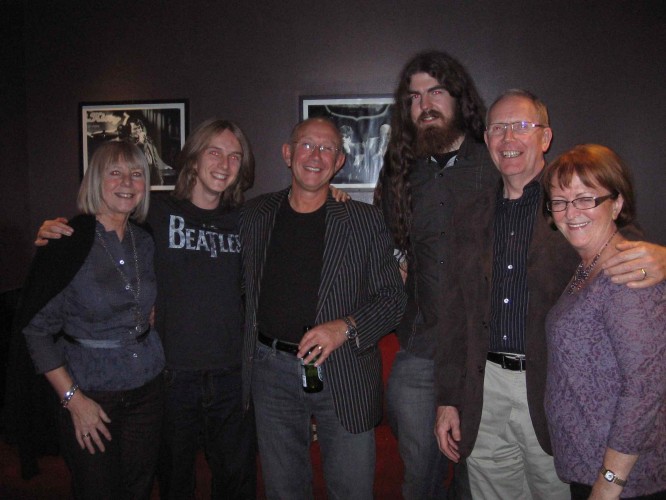 When we were getting into the van Mona gave us a box of cakes that she’d bought us from a place called Junior’s – she didn’t want us to leave New York without tasting some New York cakes – they were GOOD :o) 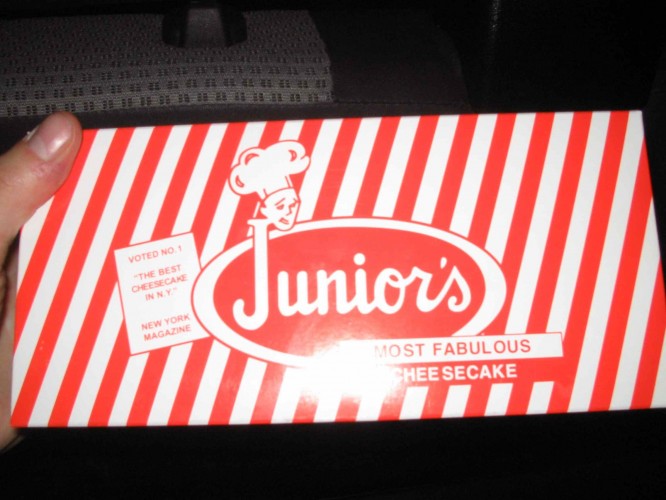 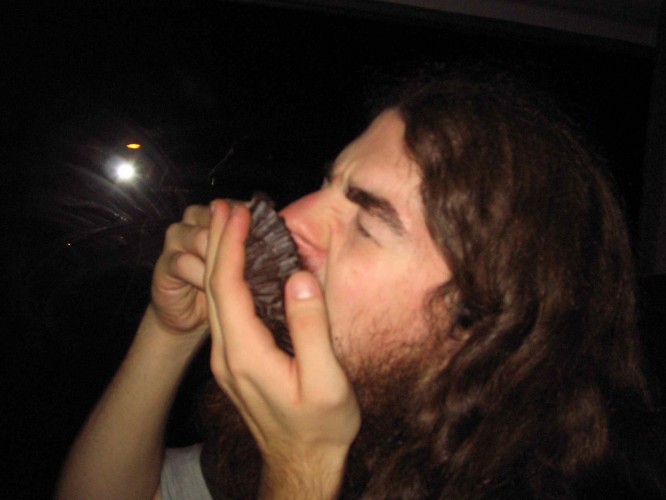