We left the hotel at 12 noon – we’d driven for an hour and half after the previous night’s gig so that we could stay in a hotel in the town of today’s gig.

The day started how all good days should start – with lunch.  We stopped at a sports bar just round the corner from our hotel and, true to his word, Bruce bought us all lunch as a token of his embarrassment after the Montreal wallet incident!  I had an organic veggie burger – it made me feel a little more healthy (although that probably wasn’t the case at all). 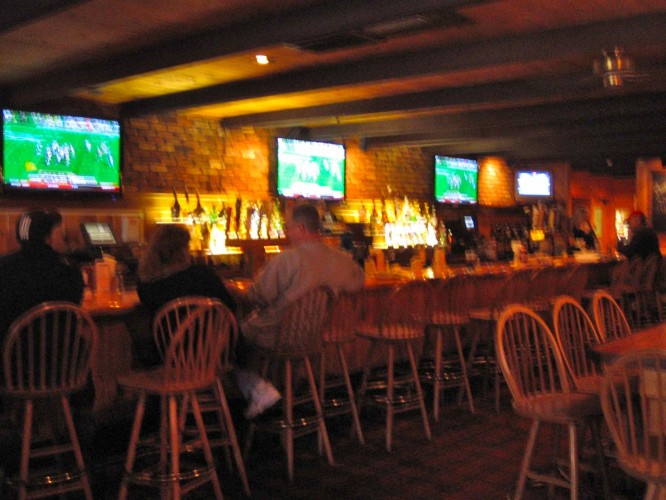 On the way to the gig we saw two lots of political campaigners advertising for their respective candidates – not wanting to discriminate, Carl reached over Harry and beeped the van horn, waving his arms and shouting support for both political groups!  I don’t remember the name of the first candidate, but the second one was called ‘Bielat’… a distant relative of mine perhaps? 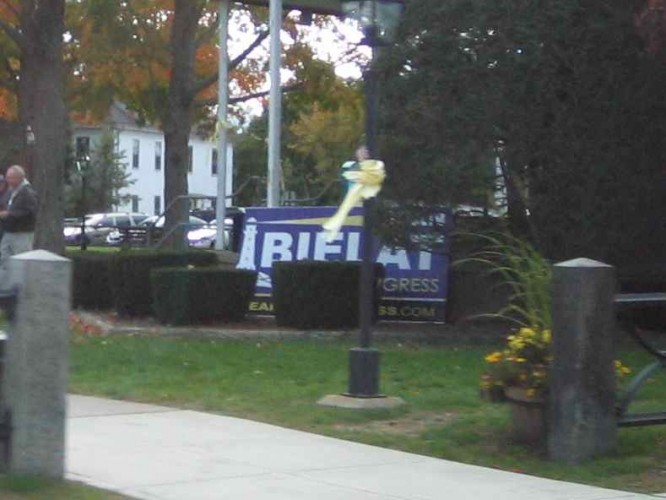 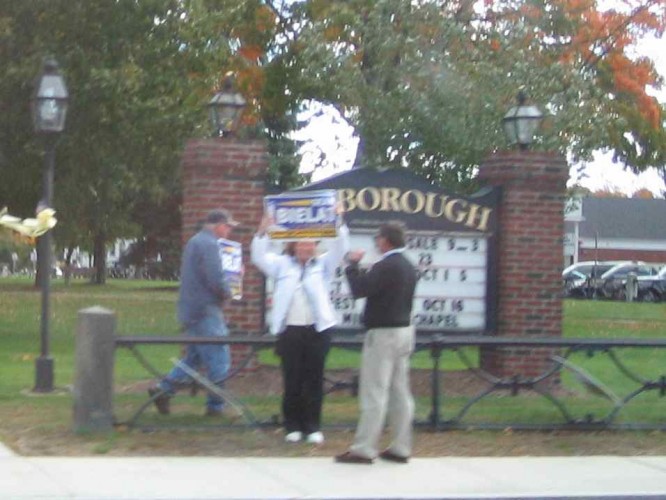 Before arriving at the venue we stopped for gas, on the gas pump I spotted an interesting choice of advert – the advert was encouraging you to take the train rather than driving… a great idea and a great advert, but surely the gas station must have realised that it wasn’t in their interests to display ads like this? 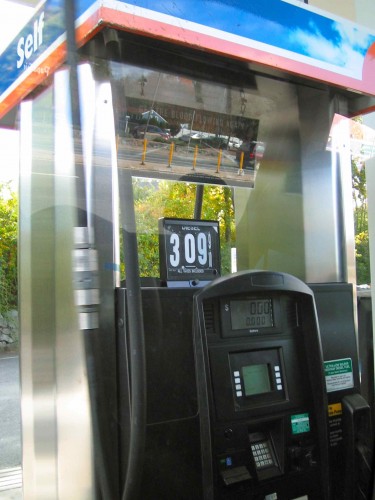 When we arrived at the venue we found a large building in the middle of a football stadium complex.  As we pulled up outside a familiar figure hurried towards us – Tony Ortiz: self professed ELP super-fan and the official archiver for the band – you name a piece of ELP memorabilia, recording or video, Tony will have it.  If it exists, Tony will track it down.

It was great to see Tony again and his friend Jimmy.  We went into the venue to find a Yoga competition being held in the same hall that we were due to play.  I had chance to speak to one of the judges when she came into our hospitality room – she explained that a Yoga competition was just like a gymnastic competition, only with Yoga positions… can’t argue with logic! 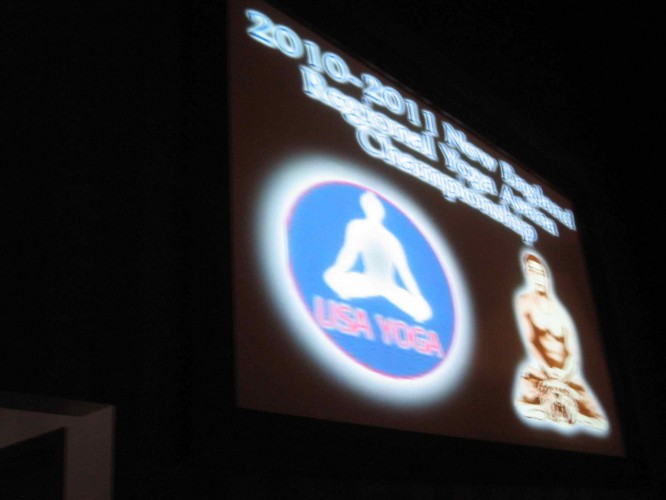 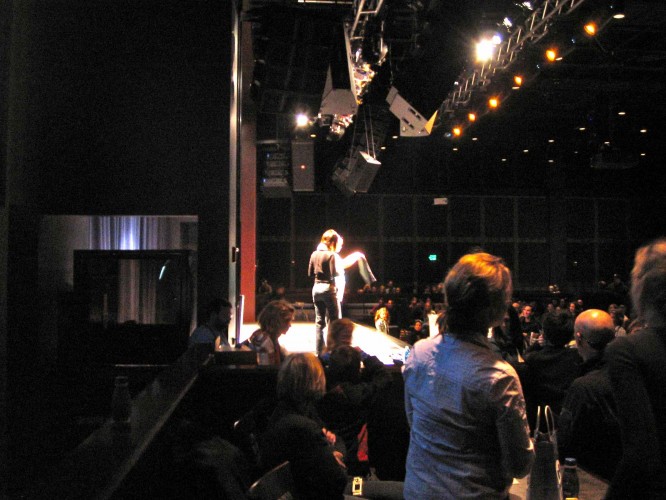 When the Yoga competition had finished we moved into the dressing rooms and waited for the stage to be set up.  Then we had sound check and, after that, some dinner.  Tony Ortiz was doing his usual thing of documenting the tour – snapping photos backstage and in our dressing rooms.  At one point I heard him curse from another room, shortly after he came through holding the camera, “I dropped it,” he said, “And now it’s broken”.  He spent about 15 minutes trying to fix it – but every time he turned it on a loud beep would sound and it would switch itself off a second later.  After a while of him trying to fix it I suggested the obvious, “Could the batteries be dead Tony?”.  He agreed that this was the most likely cause of the problem and went off to find some new batteries.  Batteries replaced, he turned the camera on again, only to find exactly the same thing happened.  Then he announced, “I know, I broke it by dropping it from about 4 feet, I’m gunna fix it by dropping it from 4 feet”.  We laughed, I told him that I liked his logic but I wouldn’t try it… but Tony was running with the idea.  Before I knew it, Tony had dropped the camera on the floor… he picked it up and pressed the on switch – sure enough the camera now worked perfectly (and has for the remainder of the tour so far).  So, if you ever need some delicate piece of technology repairing, be sure to call Tony’s Four Foot Drop repair service! 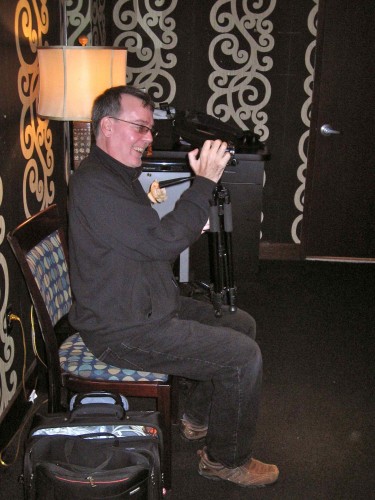 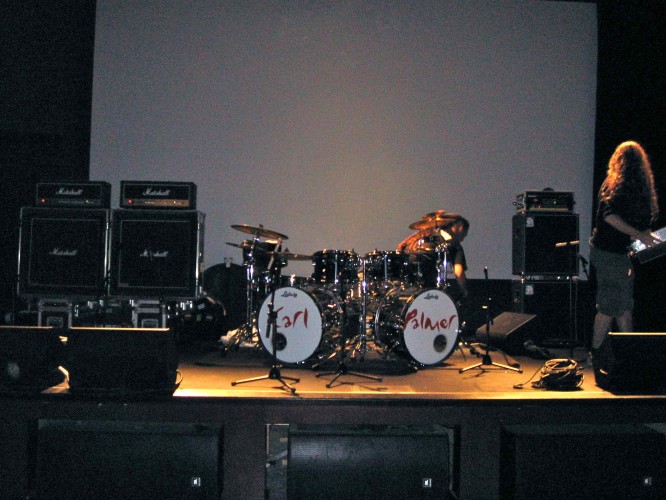 The gig was good – a great audience who were being served some really nice looking food.  In the middle of my solo spot a waitress walked in front of me with a couple of cakes – I commented that they looked nice and then continued with the piece.

After the show Simone spotted a notice telling you not to drink from the toilets or urinals – good thing they mentioned, I was feeling a little thirsty.  Whoever issued the notice’s policy number had a sense of humour… 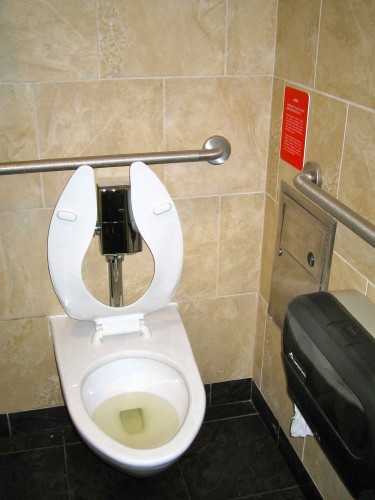 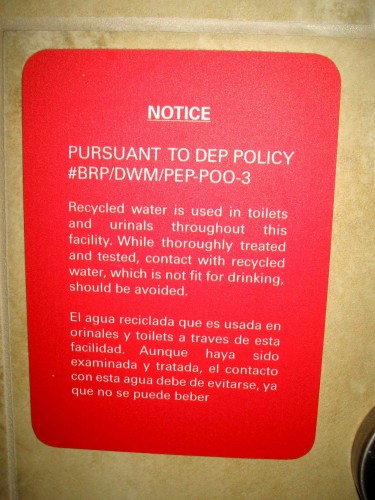 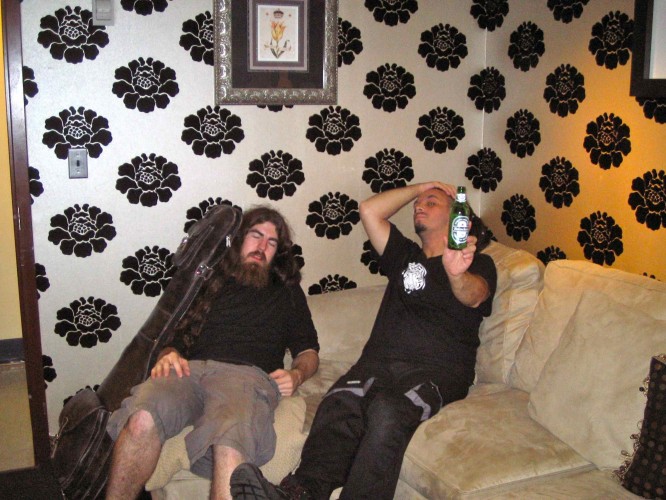 When we got to the hotel we were greeted by a lady from Northampton, England – it was nice to hear a fellow British accent welcoming us.  We decided to take a trip across the road to the local gas station where, on Josh’s recommendation, me and Simon bought a ‘Take 5’ chocolate bar each; a sugary experience with the added surprise of a pretzel in the middle – nice. 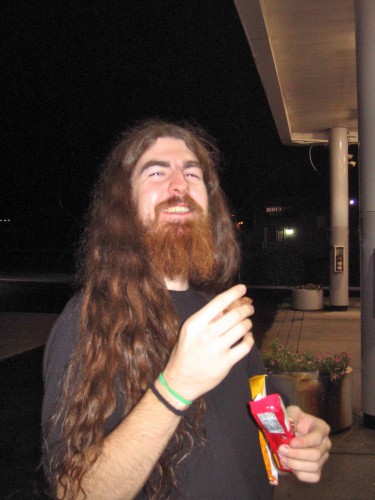 While waiting for his coffee, Harry got dangerous with a cigarette and mobile phone next to the gas pumps. 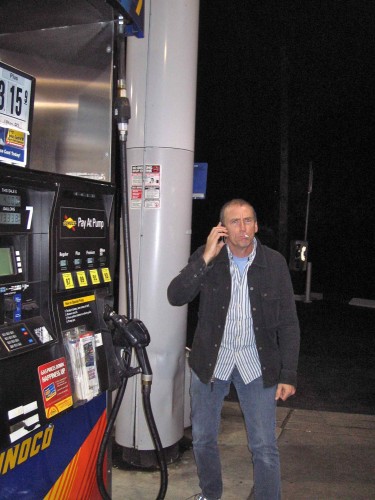