The day started at 9am, when my alarm woke me up – for the first time on this tour I slept right up until my alarm went off, I’m finally getting accustomed to the time zone.

We met down in the hotel lobby at 9.30 and I grabbed a decaf coffee for the road.  While I was getting my coffee the lady in the breakfast bar asked, “How are you?”.  I replied honestly and enthusiastically, “I’m very well thank you, how are you?”.  As I looked at her, waiting for a reply, she gave me the most offended look I’ve had all tour – like I’d just asked her something REALLY personal.  I’m not quite sure what the ‘proper’ thing to do in that situation would have been, but I guess I’ve not got the hang of this cultural difference yet!

Coffee in hand, I got into the van and we started our journey to Montreal.  After the previous night’s bad McDonald’s experience I was still feeling a little sick, but to my shock I was really craving another Big Mac.  How could that be possible?  Call me paranoid could they put something addictive in there to get people hooked?  Has anyone else experienced this?  (Surely the reason people keep going back there can’t be because of the food!).  I passed the morning in the van writing up the previous days’ tour diary and then we stopped for lunch at a sports bar called ‘Shoeless Joe’s’.  I ordered a burger to satisfy my craving and when it arrived I was really pleased to say that it actually tasted of meat – really tasty, good meat; I can’t believe that the thing I’d eaten in McDonald’s the previous night was also called a burger – how can two things that go by the same name be SO different?

At the end of the meal we saw that the waiter had cunningly left a desert menu on the table – Simon fell right into his trap and ordered the Desert Nachos.  The waiter asked if we all wanted a fork so we could share… when the desert arrived we realised why he’d asked.  Desert Nachos consisted of a HUGE plate of sugary ‘nachos’ piled high with cream and ice cream – a heart attack on a plate.  Helped by Simone, Simon met the challenge and finished every last bite of sugary bliss. 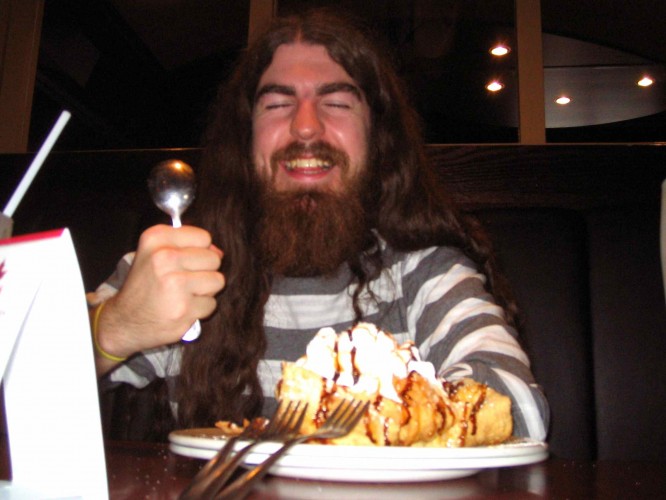 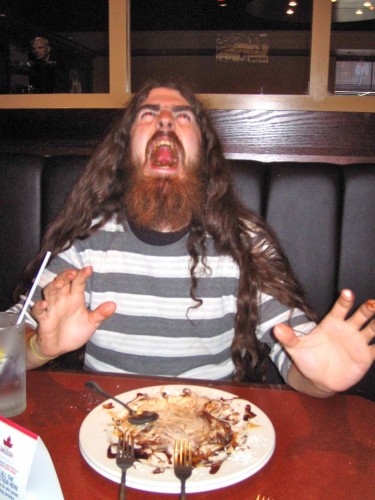 After lunch we finished our drive to Montreal and arrived at the venue around 3.30pm.  The venue, the Gesu Theatre, was an old converted church; two original stone pillars stood imposingly in the auditorium. 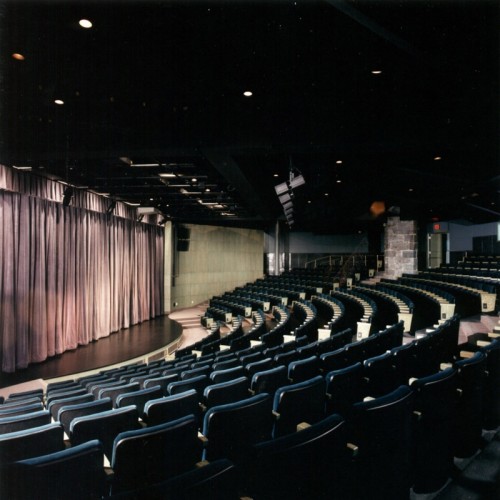 When the gear had been loaded in I set up my pedal board and the ABY pedals – tonight we were going stereo!  When it was my turn to sound check I spent some time getting a good sound from the two amps.  The time was well spent as, pretty soon the two amps were producing the most amazingly full, yet clear sound (using the approach of having one crunchy amp and the other set to full-on distortion – together they gave an effect of power mixed with crisp clarity).  Very happy with my sound, we ran a tune and then went back to our dressing room where we had an hour before showtime.

The gig was a blast – a great energy on stage, helped by a good sound – I had a lot of fun… I really have to pinch myself sometimes when I realise that this is my ‘job’!

When we got off stage Bruce came into our dressing room and asked to have a word with Carl.  He took Carl outside the dressing room, but through the open door we caught the gist of what he was saying – it turned out that the van had been broken into.  One of the in-house tech guys had gone out for a cigarette just after we’d gone on stage and had spotted a kid on a BMX throwing a brick through the driver’s window of the van.  The Tech guy shouted at him but before he’d had chance to get to him, the kid made off with a bag.  It turned out that the bag in question was Carl’s and contained a number of personal things, including his ipod and some medication.  Thankfully he’d brought his passport and all other important documents inside.

After a lot of phone calls from Bruce and the promoters, it turned out that everything that was stolen could be replaced.  We left the venue and headed to the police station to report the crime.  Unsure of where the police station was, Carl spotted a police car pulled up at a set of traffic lights – he jumped out of the van, ran over to the car and knocked on the window.  The police officers gave him directions to the local police station and, a couple of wrong turns later, we were there.

When we got our hotel it was a large, upmarket place right next to a beautiful ornate domed church.  When I got to my room on the 17th floor, I found that my window overlooked the church.  What an amazing view – seeing the floodlit dome parallel to my room.  I tried to take a few photos so I could share it with you, but unfortunately my camera wasn’t good enough to capture anything in the dark rainy night – so here are a few shots I took the next morning… 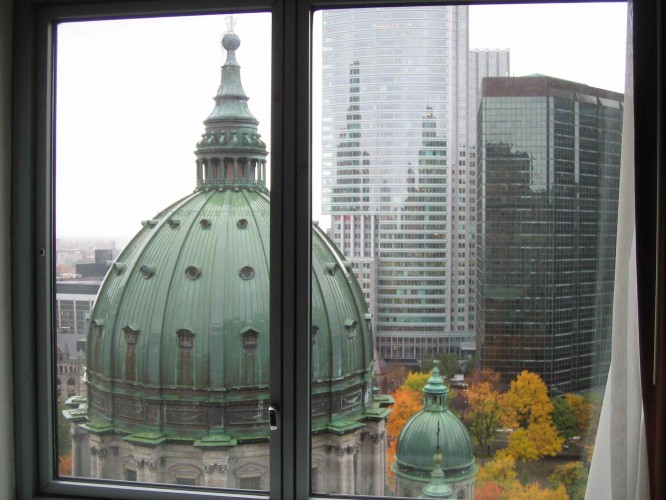 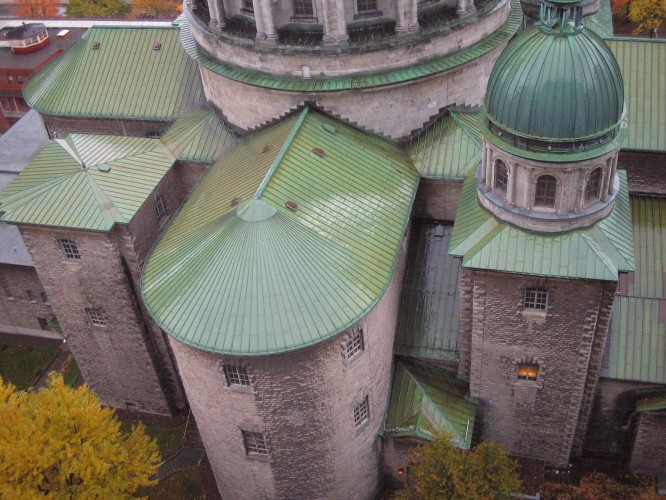