The day started at 8am when the alarm clock went off, signalling the start of a journey that would last for 43 days and 1000’s of miles.  The previous night a friend called Wayne had stayed over at our house and had kindly agreed to drive me to Heathrow airport.  After a quick coffee run we hit the road at just after 9am and arrived at the airport about an hour later.  We made our way over to Terminal 3 and I called Carl to see where he was – he told me he was just getting out the car.  About 10 minutes later Carl arrived, a little later so did Simon.  When we checked in our luggage I was told that my pedal board was too heavy for a European baggage handler to legally pick up – impressive hey?  What’s perhaps more impressive is that I’d been lifting and carrying it all morning.  I managed to get the weight down by taking a few pedals out of the flight case and putting them in with my clothes.  After Carl had paid the excess baggage charge (an occupational hazard of touring) we dropped our pedals at the outsized baggage section and the fourth member of our party arrive – Simone, our Italian sound man.  After Simone had checked-in I said goodbye to Wayne then headed though security to the departure lounge.

Simone is an Italian with a taste for English Breakfasts, so once we were through security we headed to the nearest Cafe / Restaurant and ordered breakfast. 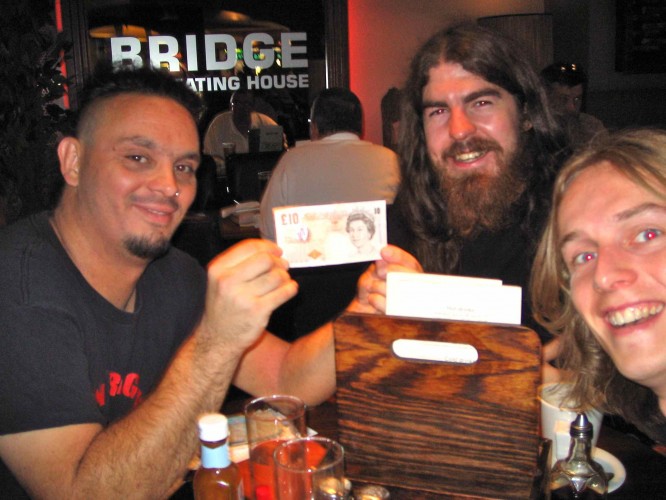 After breakfast we had a look around the airport shops before heading to the gate for our Virgin Atlantic flight to New York’s JFK airport. 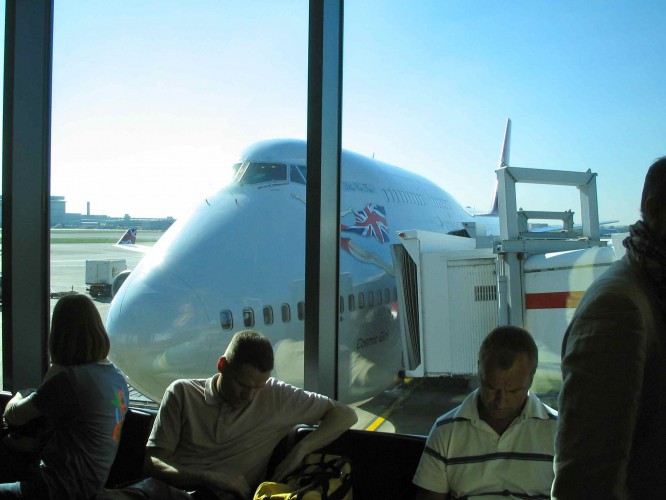 Our flight was a pleasant seven hour affair, which I passed with a couple of movies – Robin Hood and The Green Zone, and a few chapters of my book, The First Apostle by James Becker.  Both movies were great, Robin Hood took a fresh approach to the classic story, charting the early life of the main character and ending at the point were he became ‘Robin Hood’.  The Green Zone was a great movie about how Iraq never actually had Weapons of Mass Destruction at the time of the Invasion and how the US and UK governments ignored all the intelligence that supported this fact and instead invaded the country for their own interests – interesting stuff!

Once we landed at JFK we made our way off the plane and though the corridors of the airport.  As we approached the main terminal building we were faced with the end of a huge queue, which backed up all the way out of the hall and into the corridor. 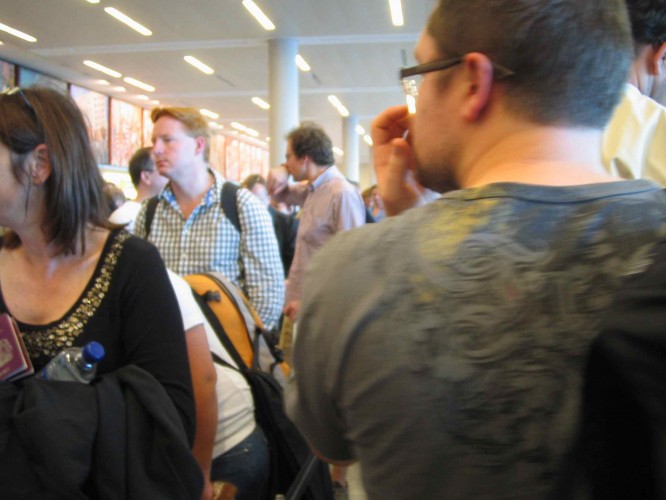 After about and hour and a half of standing in the queue we finally reached the passport control booth – thankfully we all got through without an issues (Simone’s passport is torn, so we were a little worried about him getting into the US).

When we got through passport control our baggage was waiting for us on the conveyer belt.  We picked it up, went through one more immigration check and then went though to the foyer of the airport.

When we got to the foyer Harry, our tour manager, was waiting for us.  It was great to see harry again – it’d been over four years since I’d last seen him and it was good to be going on tour with him once more.  Harry lead us to our van: a huge 12 seater Dodge Sprinter mini bus complete with blacked out windows, power sockets, internet connection, flat screen TV and an X-box / DVD player – our home for the next 6 weeks. 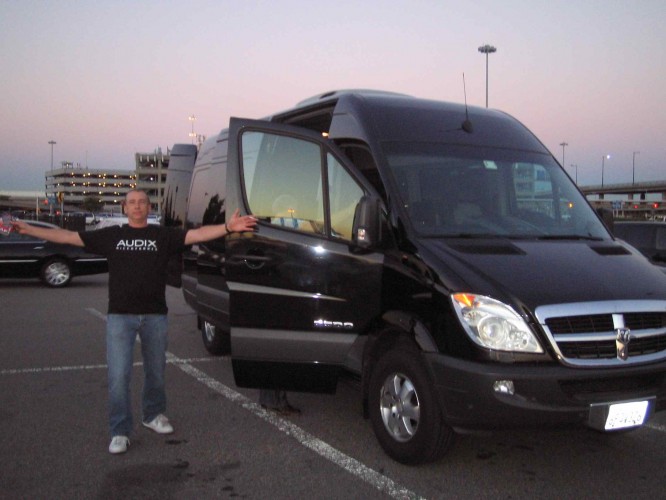 We left the airport at around 6.30pm (11.30pm UK time) and drove for a couple of hours before stopping for pizza at a service station. 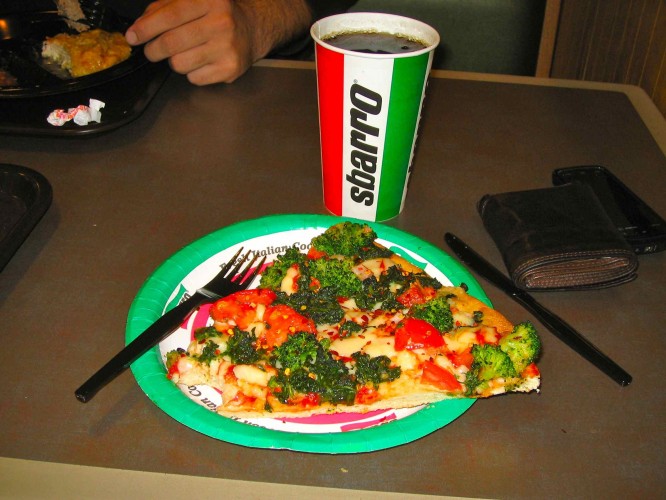 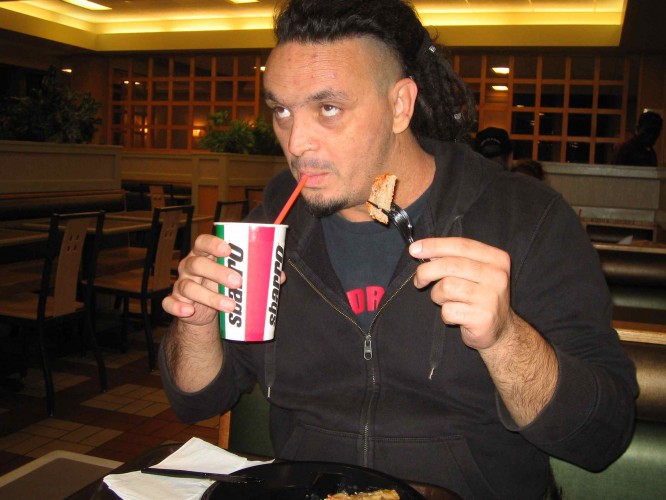 On the wall of the restaurant I was relieved to find a poster giving clear instructions about what to do if someone chokes – I ate my pizza safe in the knowledge that if anything went wrong, people would know what to do.

I tried to stay awake for most of the drive but eventually tiredness got the better of me.  Finally, at 2.15am, we pulled into a hotel car park in Webster, NY and checked into the lovely hotel which would be our home for the next two nights.  At a little past 2.30 my day’s journey had ended – 22 and a half hours after it had begun.