After a good 6 hours’ sleep my alarm woke me at 9. I got up and went down to breakfast – fruit salad.

After breakfast we set off on a long drive south to our next gig in a small seaside town called Monopoli. The drive took us around six hours (including a stop for lunch at a motorway service station amusingly called ‘Sarni’ (for any non-Brits reading this, sarny is slang for sandwich); I passed on their sandwiches and opted for a slice of pizza.

When we arrived at the gig venue in Monopoli we found that we were due to be playing in a large theatre, which also clearly doubled as a cinema. 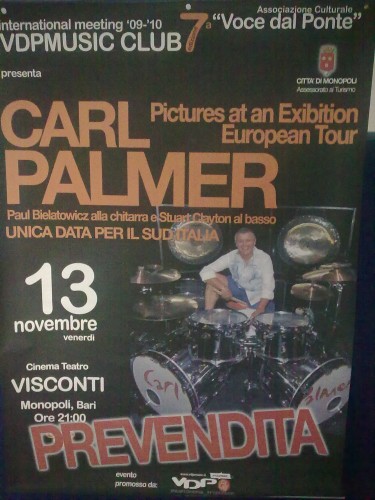 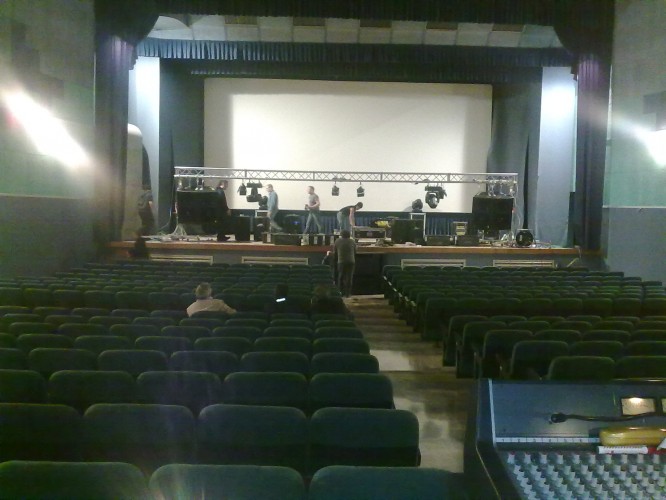 When we asked for directions to our dressing room, our promotor took us through a door in the auditorium that opened at the end of a corridor; this end of the corridor, we were told, was to act as our dressing room. After a little exploration we discovered that the corridor was the main entrance to the theatre. Not wanting any audience to see parts of us they’d not bargained for (our show is just not THAT kind of show), Stuart and I dragged three large cinema advertising boards across the corridor, sealing us off from the rest of the cinema entrance. With our modesty now secured we settled into our new ‘dressing room’ and I set about catching up on this tour diary.

Before our sound check, the promoter gave Carl, Stuart and myself a copy of a book (which, from what I could gather with my limited Italian, was all about peace). The book also came with a CD. On the CD was a recording of us playing Tarkus, recorded when we last played Monopoli around four years ago (albeit with a different Bass player).

Once we’d sound checked a couple of sections of songs we were ready to go for dinner. While we waited for everyone to finish what they were doing we watched the Italian stage hands put up huge replica prints of the paintings from the front cover of the ‘Pictures at an Exhibition’ album; this being billed as the Pictures at an Exhibition Tour, it was nice to see that the promoter had got creative with the stage design. When everyone was ready to leave we headed to the restaurant – a place that had been firmly fixed in my mind since we ate there four years ago. It was a seafood restaurant and they serve some of the best seafood I’ve ever had. Stuart, not being a huge fan of seafood, ordered steak. However, it didn’t occur to him to ask for it cooked… when the steak arrived he cut into it and, without a word of exaggeration, was faced with a slab of raw meat; after a few bites he sent it back to the kitchen, asking for it “ben cotto” (well done). 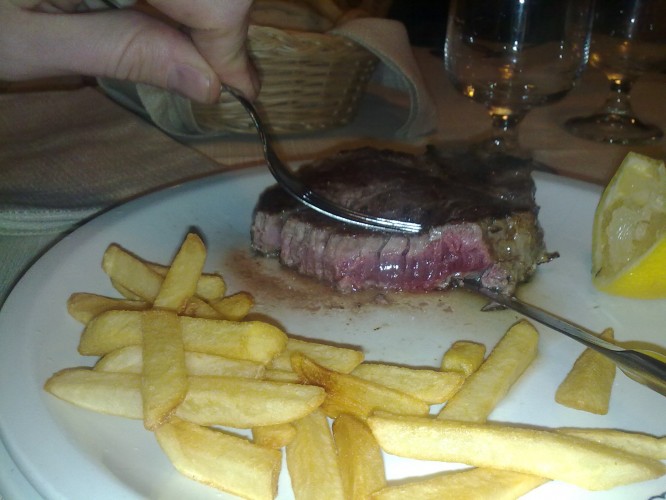 The rest of us ate our fill of grilled fish, calamari and octopus followed by an Italian dessert. When we’d finished we headed back to the venue.

The gig went well. We had to do a slightly shorter version of our set as we needed to head to the airport straight after the show – our plane back to London was due to leave at 7am and, as the airport was around four hours’ drive away, we would have to drive through the night, straight to the airport.

After the gig we packed our gear away, ready for our flight. On the stage I watched the ‘Pictures’ being taken down and, as I did, it suddenly dawned on me that one would look good in my home studio. I asked one of the stage hands and he carefully took the picture that was hanging above my guitar amp down and gave it to me; it’s not quite as cool as having one of the original oil paintings hanging on your kitchen wall (as Carl does), but it’ll remind me of this gig, tour and period of my life every time I look at it.

At midnight we left the theatre and set off for the airport. 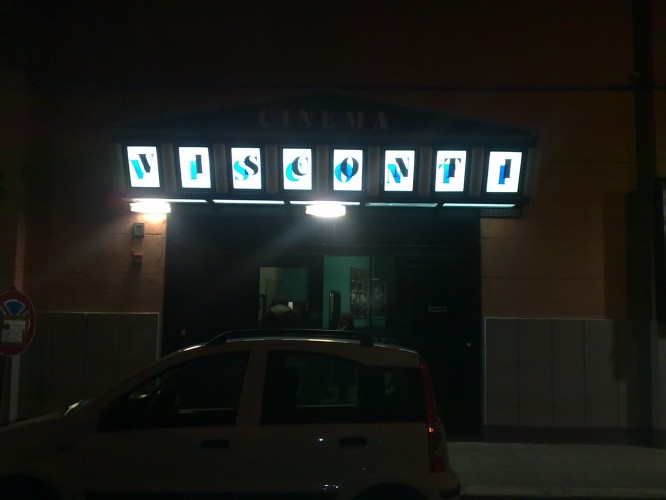 I managed to sleep for most of the journey until, eventually, we arrived at Napoli airport at 4am – one hour before our check-in opened. When we got to the airport we were the very first people there – the entire place was empty: no staff, no customers… nobody. 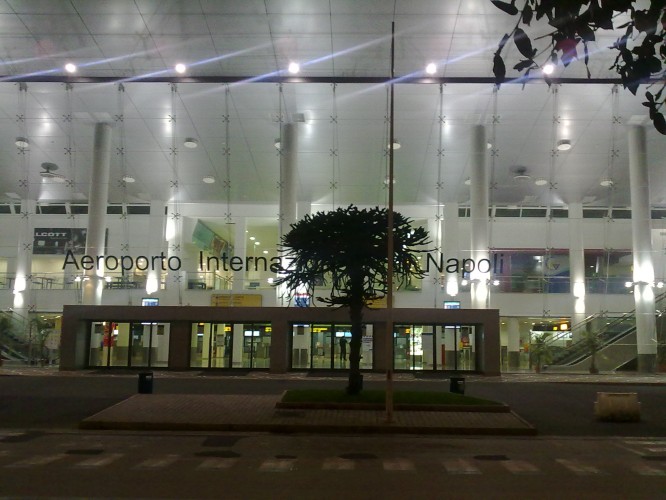 We found the desk where we were due to be checking-in and marked our place at the front of the inevitable queue with our pile of luggage. 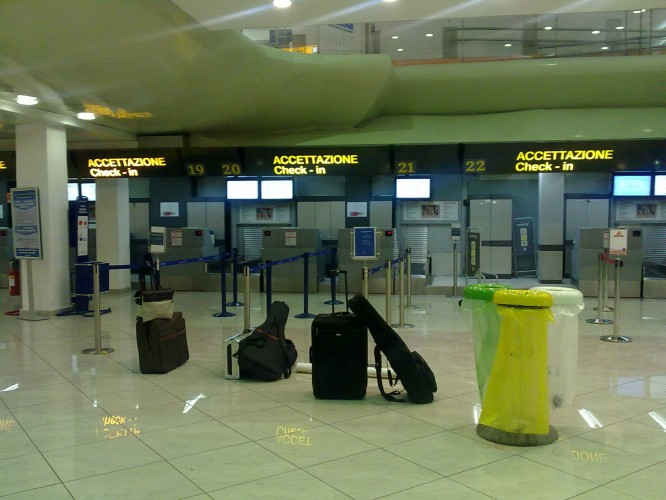