I woke up at 9 and went downstairs to find Mattias asleep in the living room. I tiptoed past him and went into the garden where I found Max and Collin.

It wasn’t long before Mattias woke up and we all had breakfast together. Max left to return Neal’s hire-car to Amsterdam airport and then Mattias, Collin and myself went into town to have lunch together, leaving Jessica to prepare for the teaching she had later in the day.

I thought I’d experienced the full extent of Dutch cycling during the rehearsal days, but today I learned of a whole other dimension to the experience. Having only 2 bikes between 3 of us, I was elected (I don’t even remember there being a discussion about it… if there was, it must have taken place in Dutch!) to ride on the small metal luggage shelf on the back of one of the bikes. It was decided that Mattias was to be my chauffer and so I climbed onto the back of the bike with him, holding onto his shoulders for dear life. I opted for his shoulders as they seemed like the least intrusive part of a man to hold onto (whilst riding through the busy town centre at lunchtime). However, to my surprise, I was told that people might stop and stare if I continued to hold his shoulders, and instead I should go for the much more appropriate option of putting my hands on his hips… I’m still not sure whether or not they were winding me up. So, as instructed, I held onto Mattias’s hips whilst riding through town – nobody seemed to be staring at me, but just to avoid any possible confusion, I shouted out the fact that I was married a couple of times. Apparently this form of riding on the metal luggage holder of a bike is affectionately known as ‘The Nut Cracker’ in The Netherlands… I’d say a more accurate description would have been the ‘Butt Cracker’, as every time Mattias went over a bump, I cried out in pain as the makeshift metal seat dug into the bone in my bum. Once Mattias had cottoned on to this fact, he went out of his way to find every bump in the road and rode off several kerbs… thanks mate! 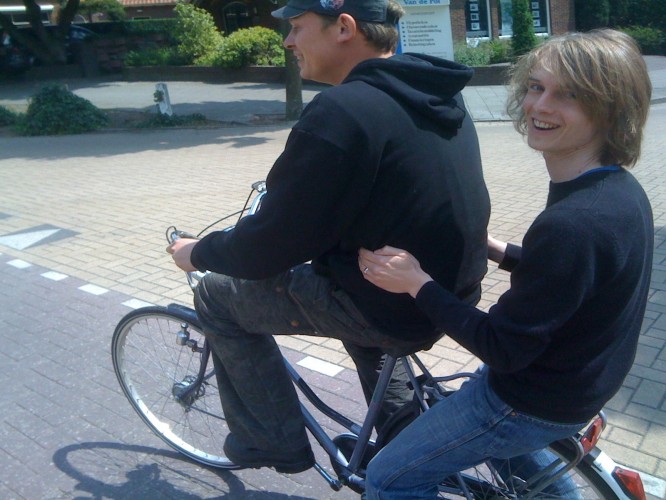 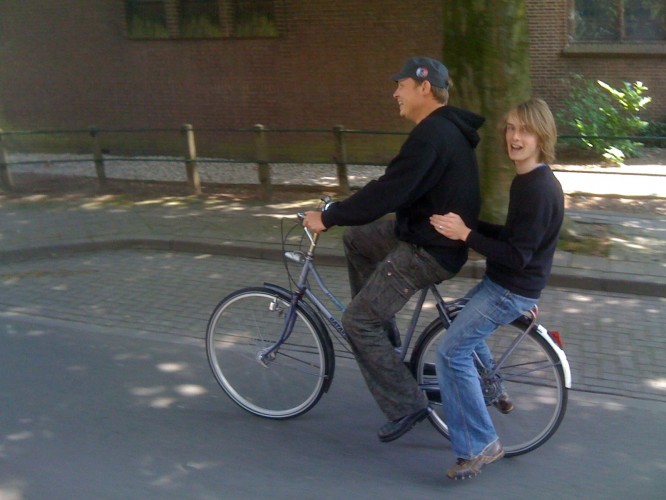 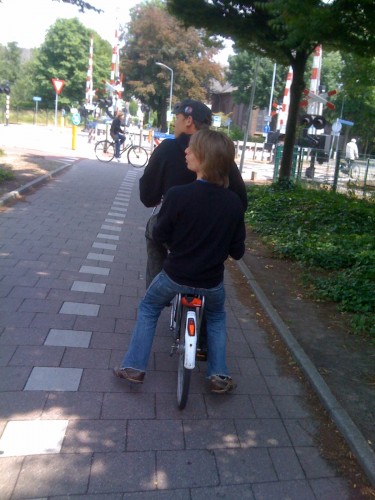 After a burger for lunch (a hearty meal to set me up for the rest of my travel day) we cycled back to Collin’s house where I loaded my guitar and suitcase (minus pedals and cables, which I decided to leave there) into Mattias’s car. Mattias’s car was the coolest (and loudest) thing you’ve ever seen. I don’t know the name or make, but he told me it was the Yugoslavian answer to the mini… I just about got my case and guitar on the back seat. 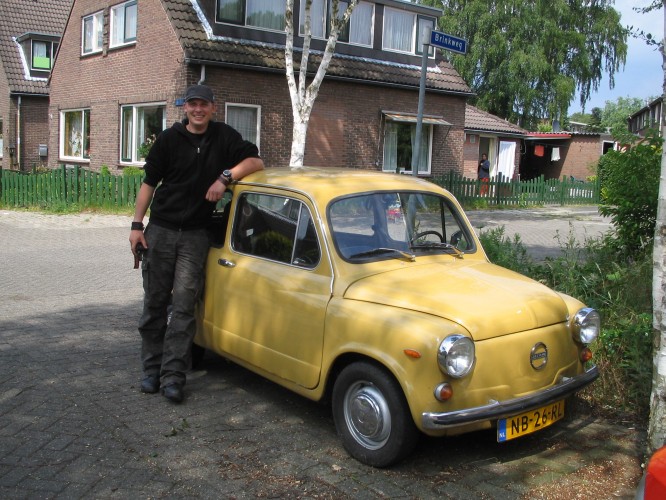 Mattias took me to the train station, where I caught a direct train to Amsterdam airport. Before and during my flight I caught up on my tour blog – what a great couple of weeks!