We’d arranged to meet for breakfast in the hotel restaurant at 9. However, when I’d got back to my room at some ridiculous hour in the morning, I’d decided against setting my alarm – opting to skip breakfast in favour of a late morning… we make plans and God laughs (to quote Mr. Bumblefoot). With no alarm set, I was woken by a knocking on my door – it was Ruben checking to see if I was up yet and whether I wanted to walk to the breakfast room with him. I opened the door and explained in a mumble (and in my underwear!) that I’d meet him down there in a few minutes.

After breakfast we went to a supermarket (one of Jessica’s favourite past-times when in another European country), got some Swedish money out of a cash machine and then headed to the festival for a day off.

When we arrived at the festival we parked our car at the side of the ‘Rock Stage’ – the stage were we’d played the previous day. We got out of our car and a guy walked over and said to us, “Ah, you’ve come to pick up the bags you left.”… What?… Which bags?!! It turned out that the bag containing ALL my effects pedals and cables had been left on stage, along with a laptop bag. I couldn’t believe it – I’d personally put the bag with all our gear, but for some reason it hadn’t been packed in the van! After getting our bags back (the other one was Neal’s manager’s laptop bag) we headed off to enjoy the festival…

We started our day at the festival watching Impellitteri.  Chris Impellitteri was a shredder from back when shredding was cool the first time around. I never really regarded him as guitarist I liked, I always saw him as a member of what I think of as the ‘Guitar Olympic’ squad – the group of guitarists who make it their sole purpose to play as fast as possible… an attitude that I personally feel is far removed from making music. However, I’m so pleased to be able to say that he proved me wrong at the festival – he rocked! 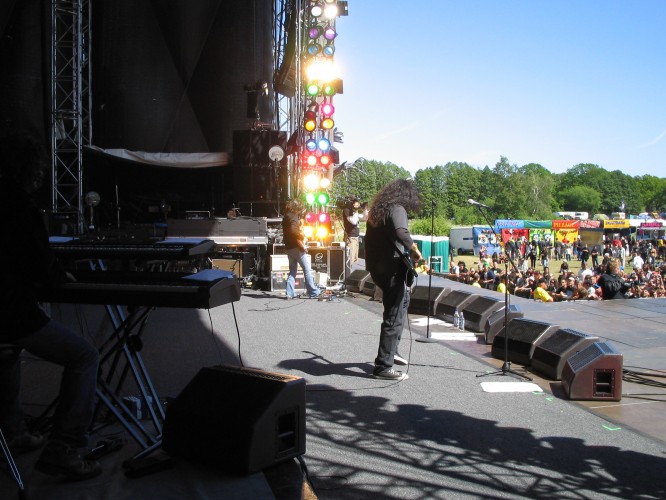 Before Impellitteri went on I took time to check out the gear backstage… Dream Theater’s Drums, Keyboards, Basses and guitars, as well as all Journey’s and Heaven and Hell’s (Former members of Black Sabbath with Ronny James Dio) equipment. 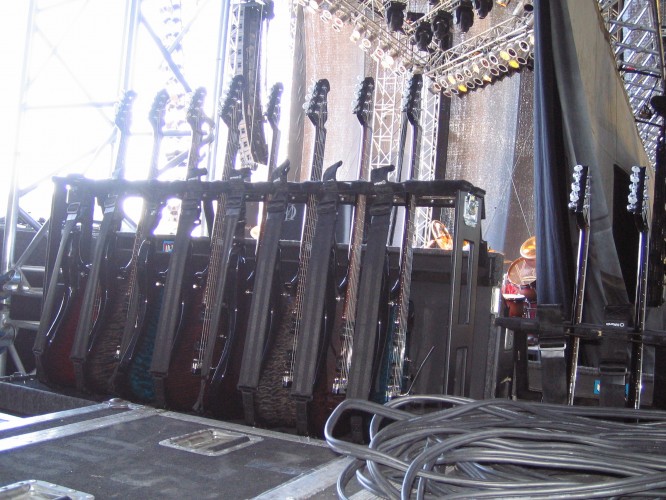 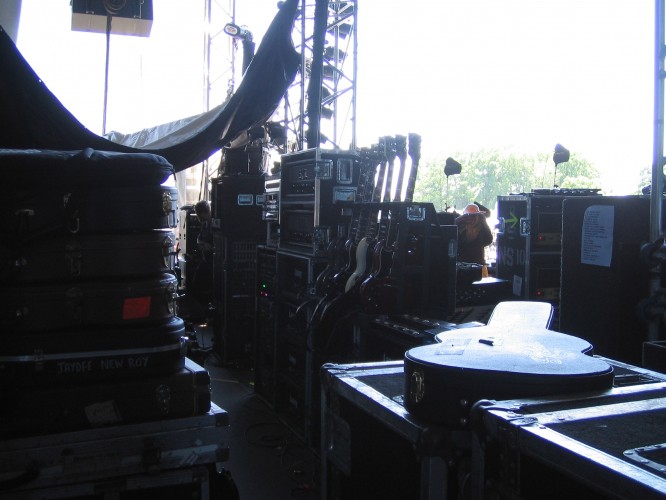 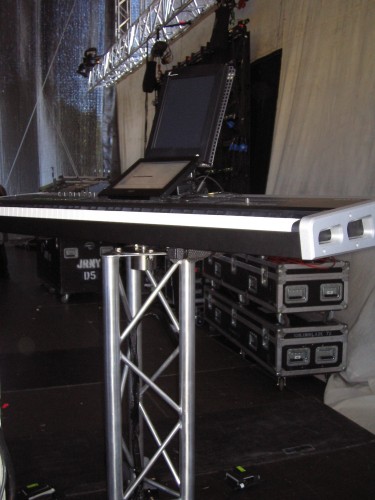 We watched various bands throughout the day and Collin managed to get us lunch at the artists’ restaurant again (even though the restaurant was reserved for bands playing on the day).

We also spent sometime looking around the festival markets – I found a Van Halen bootleg double DVD of a concert recorded in 1982 – Eddie’s golden era!

The highlight of the day was watching Dream Theater play from the side of the stage – what an amazing band. It was the first gig of their tour, but they were SO on it! 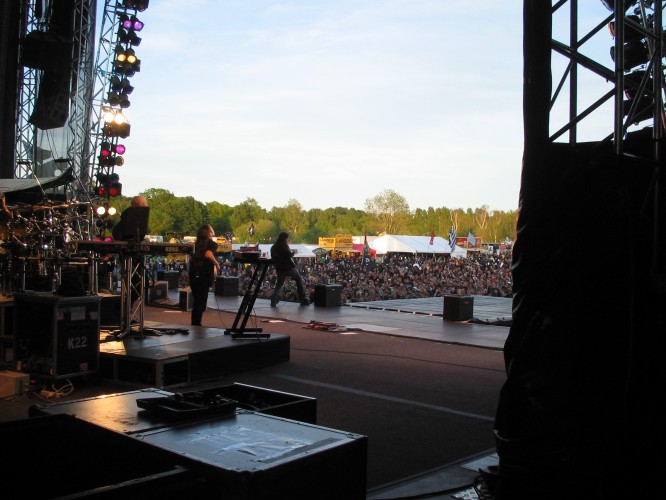 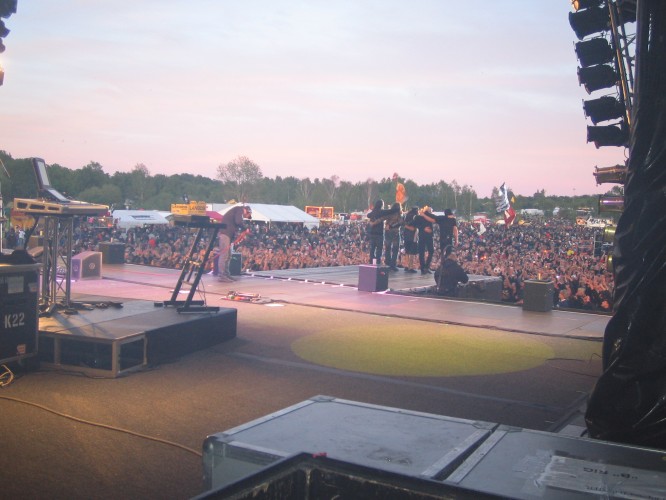 After the festival we went back to the first hotel we’d stayed in (on our first night in Sweden) and went down to the bar, where we saw John Myung (Dream Theater’s bassist).