I woke up when my alarm went off at 4.40am – ouch! At 5am Berry, the guitar tech for the coming shows, turned up at Collin and Jessica’s house. We eventually left at 5.30 with Berry and 4 other people in his car; Collin, Jessica, myself and Mattias (our ace-photographer / roadie). 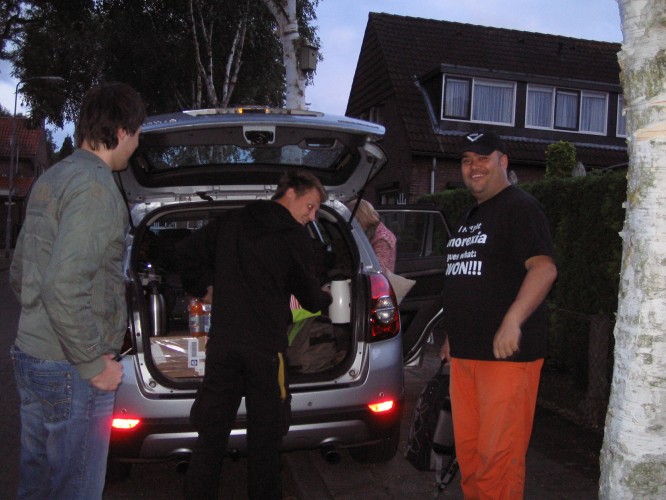 Our first stop, Neal’s hotel, was only 5 minutes away – we pulled up outside and saw that nobody was waiting there for us… 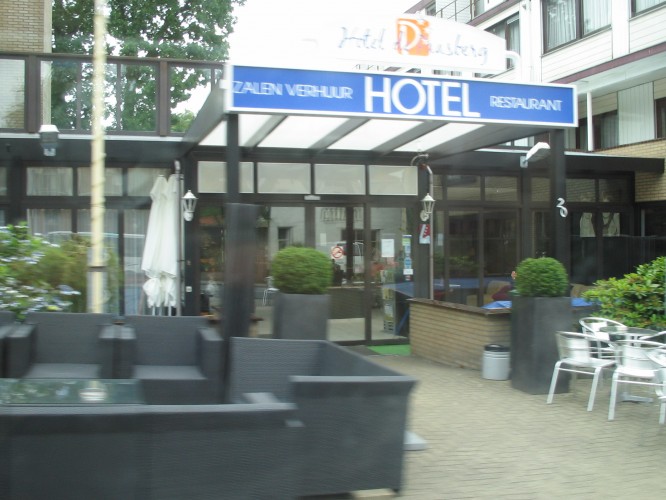 …a brief conversation in Dutch took place and we set off again. When I asked what was happening, it was explained that Berry had forgotten his acoustic guitar, which Neal needed for the show the following day, as the one that Gibson had leant him was faulty. We had sent the Gibson acoustic back to them the previous day, but they just returned it with one of their cables, explaining that the guitar was fine and it was obviously our cable (like we hadn’t checked that!!!)… by the time the guitar had been returned to us, Gibson’s offices were closed for the day and we had to make alternative arrangements. Anyway, once Berry had got his guitar, we drove back to the hotel to find… still nobody.

Collin called someone who explained that everyone was waiting round the back of the hotel. Once we found everyone, Mattias got into another car (meaning that we didn’t have to have 3 people squashed into the back of ours) and we set off for Sweden in 3 cars (our van of gear had left independently that morning).

The plan was for us all to meet at the ferry port in Germany, catch the same ferry to Denmark and then, from there, drive to Sweden. We reached the ferry port in about 6 hours, we made really good time by not making any stops, which was fine by me as I slept most of the way (thankfully, I’ve become quite well adjusted to sleeping whilst travelling since I started touring with bands). When we got to the ferry port, Collin texted the three other cars in our convoy to see where they were; the van had already arrived and the other 2 cars were behind us (one by nearly 1 hour). The guys in the van told us that they were having a coffee in the ‘Border Shop’, so we followed the signs to the shop, found their van in the car park and went to find them. The ‘Border Shop’ turned out to be a huge boat, which was stocked full of alcohol (on 3 of its floors) and sweets / candy (on the 4th floor). We went all the way up to the 4th floor to find nobody in the café – then Collin got a phone call from Jessica saying that she was back at the car and the guys in the van were back there.

As we came out of the shop we saw Neal and his family, so we decided to set off for the ferry and wait for the remaining car in a parking spot just before the ferry tollbooths. So, after about an hour of waiting, going on a wild goose chase around the boarder shop and more waiting, we drove onto the ferry, parked our cars, went upstairs and took our seats, ready for the ferry to depart. Then came an announcement over the tanoy system in German – Collin made noises that made us non-German speakers worried… his noises weren’t a bluff, the announcement explained that the ferry had broken down and that all passengers should get off and drive to another ferry. Back down in the car we waited for drivers of the cars parked behind us to arrive, reverse and turn around (we obviously couldn’t use the front ferry departure doors as they were facing out to sea). After a few moments of not-so-well-coordinated chaotic reversing, we sped our way to another queue where we waited for half an hour. We eventually got on the second ferry, which to our relief, left the harbour without incident. 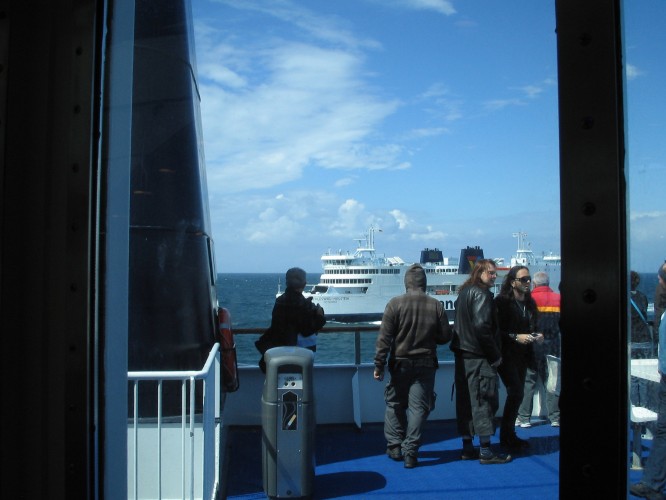 The ferry journey was only 45 minutes – just long enough for me and Berry to order and eat a Wiener Schnitzel, which was infinitely better than the one I’d had in Holland a few days earlier. 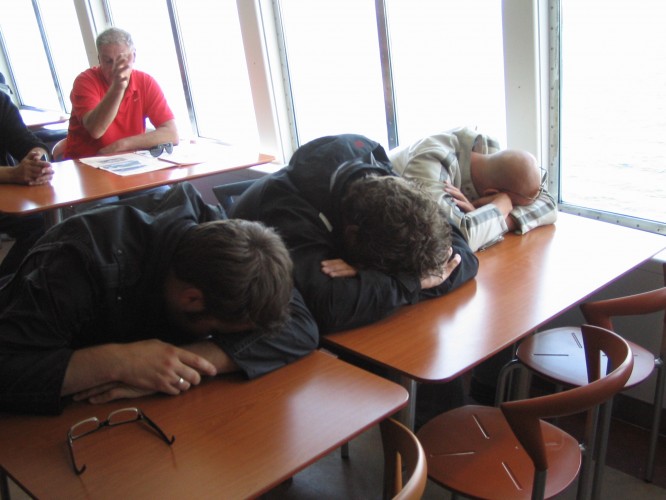 Once in Denmark we drove on, without stopping, across a series of long bridges into Sweden. We finally arrived outside our hotel at 5.45 – 12 and a quarter hours after we’d left Collin and Jessica’s house that morning. 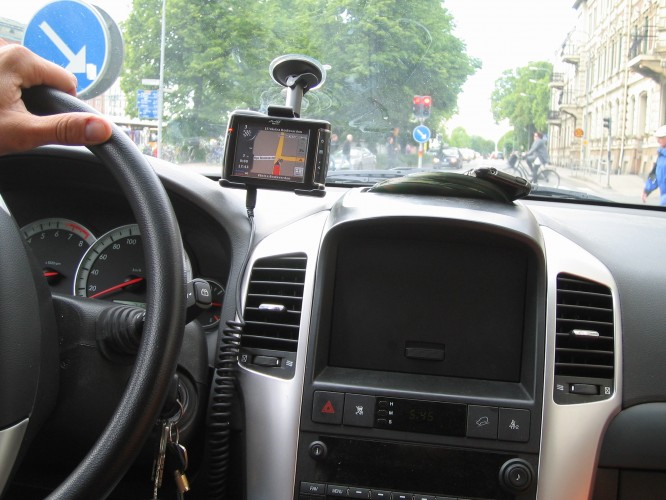 We checked into our hotel rooms; I was down to share a room with Berry. Berry, Collin and Mattias decided to go to the festival to pick-up passes and check out some bands. I decided to stay at the hotel to run the set and look at one extra song that we hadn’t rehearsed, but Neal had mentioned that we may do it as an encore if needed (I have recordings of all the songs on my laptop, so I usually play along with that to practise when I’m on tour).

I finished running the set at around 9.30 (with a break for some dinner) and I decided to get an early night, even though Berry wasn’t back yet.