Again, rehearsals were due to start at 10am – this time the plan was for Neal to be there from the start.  When I got up, Collin told me that Neal and his family had arrived in Amsterdam at 6.50 that morning – things were looking good.  We arrived at the church, on bikes, at about 9.30.  Neal arrived about an hour later.  It was great to see him and we spent a little time catching up; hearing about his journey and the sessions for the new Transatlantic album.  Then Collin and Neal had some admin stuff to do (such as decide on the drive/ferry, hire a car, etc)… so, by the time we set up it was about 12…  Then it was time for Lunch!

After lunch we ran the set one and a half times before dinner.  Neal had a few parts he wanted to add in, a few other parts that he wanted to change and some cuts were also made. 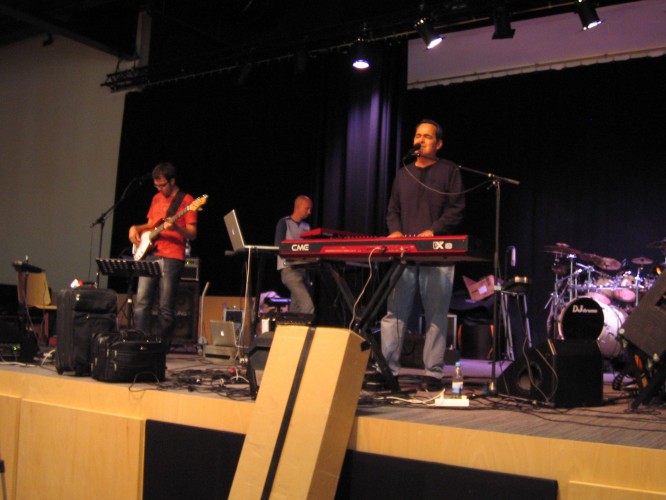 For dinner we had some people in the church cook us lasagne – very nice!  After dinner we focused on any parts of the set we felt unsure of (in particular, all the bits that Neal had added or changed).

Then, after the rehearsal, we packed our gear away, ready for it to be loaded into our van (which belongs to Alco, our front of house sound man). 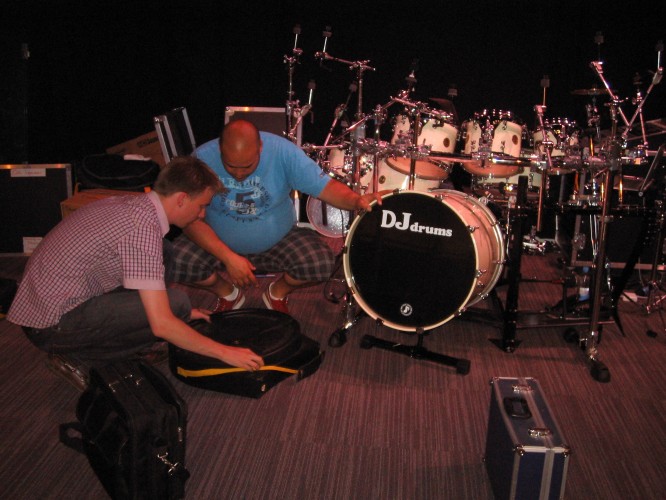 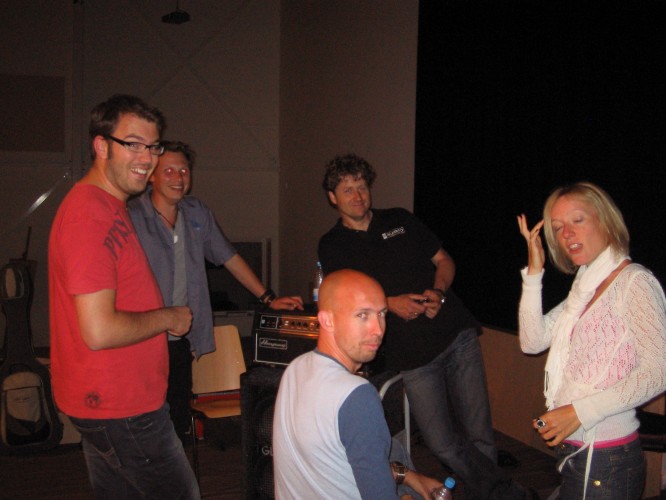 Once we’d finished, me and Jessica cycled back to their house, I had a shower and then ran a few of the new parts I had to play / sing.  I went to bed at about 12.30, setting my alarm for 4.40am, in order to get up in time for our 5am departure.