Today was initially meant to be a rehearsal day but Henk, busy as he always is, was playing at a big festival nearby. So big was this festival that it usually generates 2-hour-long traffic jams and, not knowing what time in the evening he’d be able to get to us, we decided that it was probably best for us to start earlier tomorrow morning instead.

So, at 11.30am I cycled (on my own, I hasten to add) to the studio where Collin and Ruben (with a little help and encouragement from me) loaded the drums, keyboards and guitar stuff into Collin and Jessica’s van. With the van loaded we set off for the church we were going to be rehearsing in – me and Ruben in the van and Collin on bike.

We drove straight to the church… and straight past it – road works prevented us from getting in. We drove away from the church for a couple of miles until we realised that there wasn’t any sign of a place where we could turn. So, when we eventually got to a set of traffic lights, Ruben did a frantic U-turn in the middle of the road and we headed back to the road works. On closer inspection, the road works appeared to be a new road and roundabout being built. I’m proud to say that our van became the first public vehicle to use the new roundabout when Ruben mounted the kerb, drove along two sections of footpath onto the roundabout, dodging several barriers and traffic cones in the process. We crossed the new roundabout and weaved through several more barriers and cones, resulting in a few strange looks from passing cyclists. We eventually found the entrance to the church a little further down the road… Collin’s bike was already parked outside!

We unloaded the van and started setting up our gear. 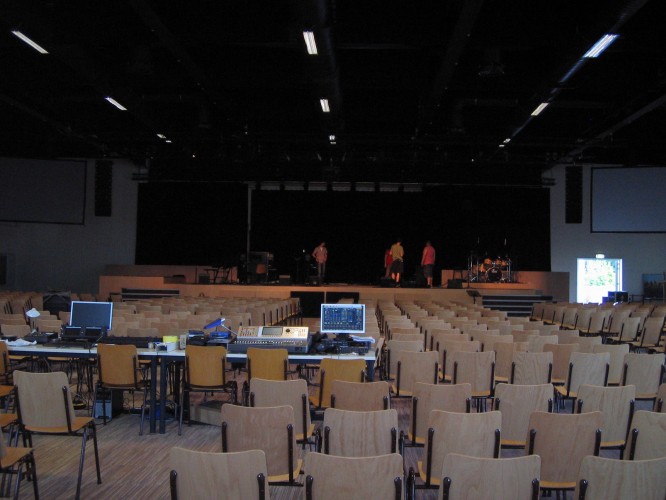 When I play, I like to have my amp raised up to about ear level, so I don’t need to have any of my guitar in my monitors. I scanned the church for a sturdy object of suitable height and wasn’t having much luck until Collin suggested a keyboard stand in the corner of the stage… How have I managed all my life without one of these?… 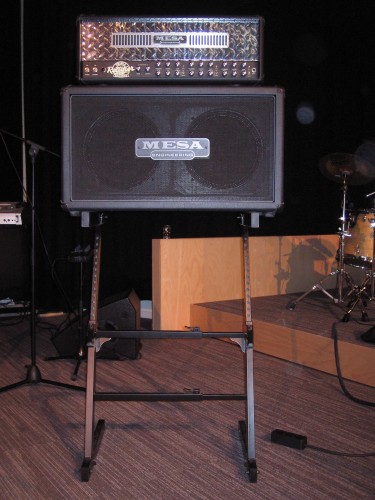 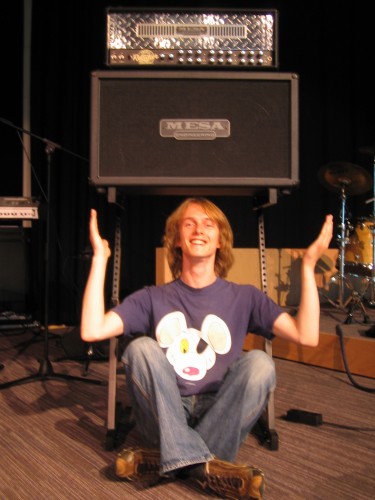 After setting up, Ruben and myself headed back in the van to Collin and Jessica’s for lunch. After lunch I was given the daunting task of having to find the church again, on my own, on a bike, whilst carrying a bag of sandwiches for Collin… Surely this sort of undertaking should qualify me for Dutch citizenship.

When I returned to the church, I had a play with my amp (well Elisa’s amp, which he has kindly leant me for the rehearsals and possibly 1st gig), got a sound that I was happy with, found, identified and removed an awful earth hum coming from my guitar and then it was time to cycle back to Collin and Jessica’s for dinner. When we got there, Jessica was busy preparing the most amazing cheese Risotto, courtesy of one of Jamie Oliver’s recipe books. 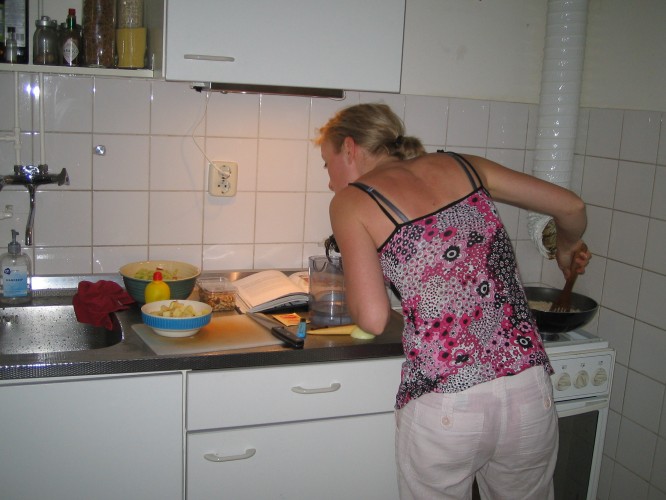 Neal arrives tomorrow evening – looking forward to rehearsing with him.