Today was the first day of rehearsals for the coming shows.

In the morning, before we left for the rehearsal, I spent some time on the internet ordering t-shirt to wear for the few shows ahead. The t-shirt simply says ‘Guitarist’ – I think that sums things up nicely! I do have another t-shirt that says ‘Lead Guitarist’ but Vanessa, my wife, pointed out that people might think that I was somehow trying to imply that I was the MAIN guitarist in the band (when Neal also played guitar). I agreed that I probably couldn’t be too cautious about something like that – some people seem to have made a hobby out of commenting about such things on youtube / forums!

We arrived at Collin and Jessica’s studio (in the pop-school they have in town) at 9am and started setting up, ready for our scheduled 10am start. 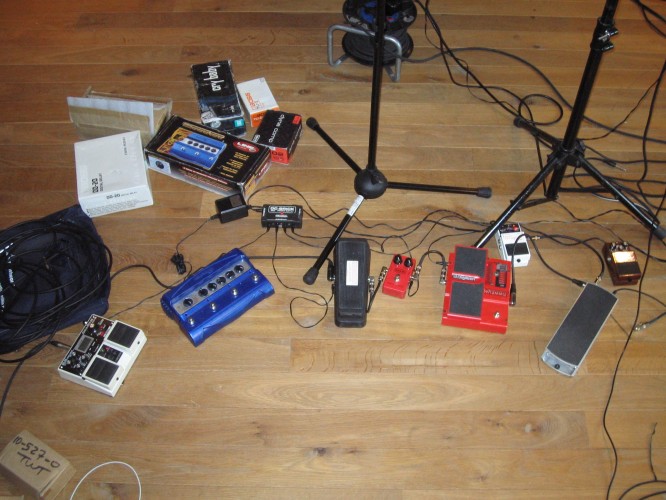 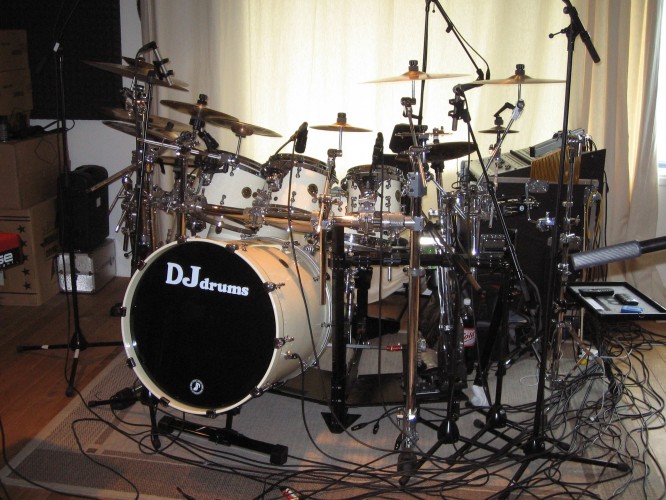 Then, at 10:10, Wilko got a call from Henk, saying that he’d just woken up and that it’d be at least another hour before he’d arrive… It turned out that his alarm had been set for 8pm, rather that 8am – woops!

It was great to see everybody in the band again after a year. The day went quite well for a first rehearsal – there were a few tunes that I’d never played before, so it took a while for them to settle in, but soon we were playing all the right notes in the right place… the point were you can start turning what you’re playing into music. 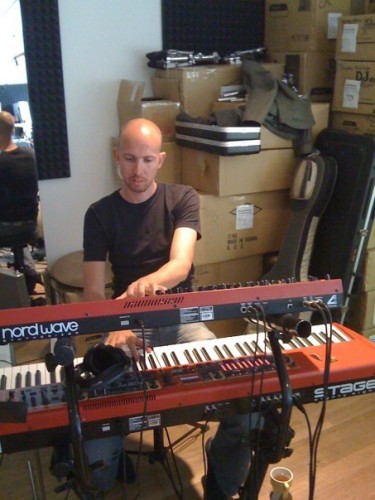 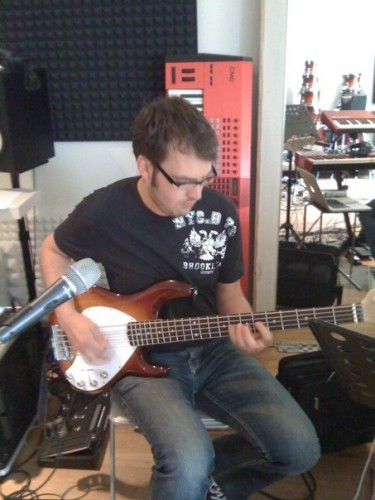 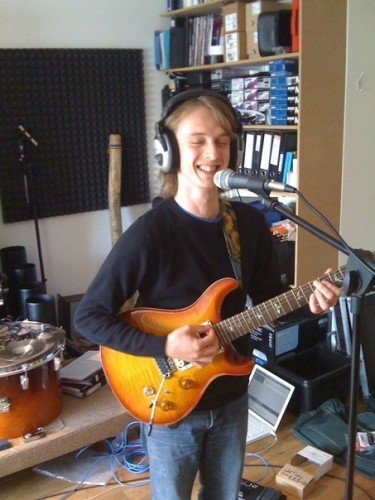 I think we ran the set 2 times in the day and finished feeling tired with a lot more work still to do tomorrow.

Henk had to leave early for a gig (he’s a really busy guy – gigging most nights of the week). So, when Henk left, Wilko, Jessica, Collin and myself stayed for about an hour to work on vocals. 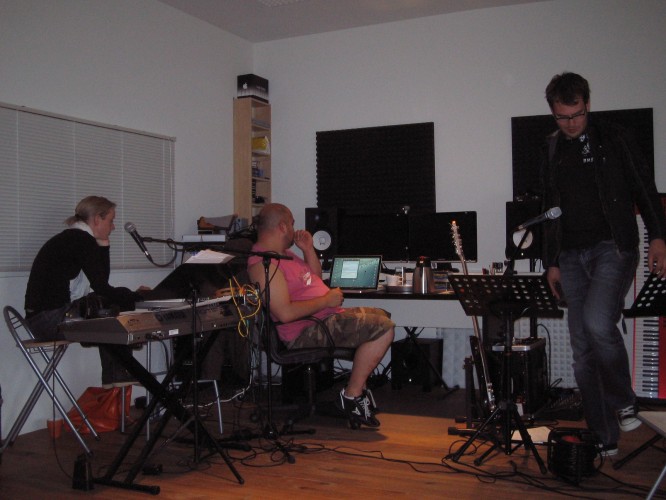 When we’d finished for the day I went back to Collin and Jessica’s house for a dinner of fish, salad and French fries; then we chilled out watching the film ‘The Day the Earth Stood Still’.