Feeling completely rested and restored from the onslaught of the first 5 gigs, we headed to Rome to play our next gig. The journey took a couple of hours plus half an hour for the obligatory stop at an ‘Autogrill’. When we arrived, we found that we were playing in Rome’s tennis stadium (the equivalent to England’s Wimbledon). 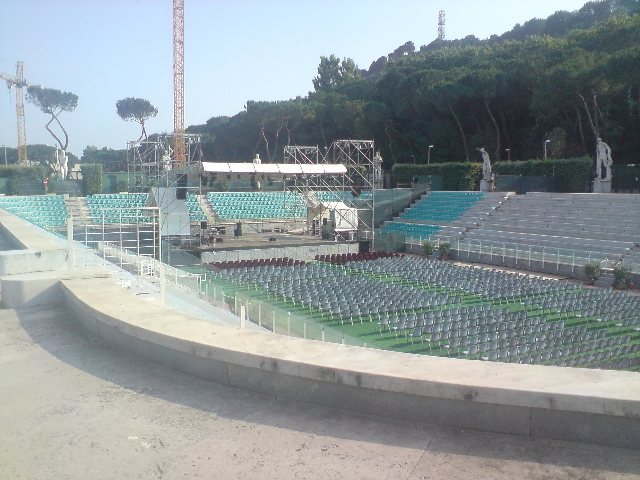 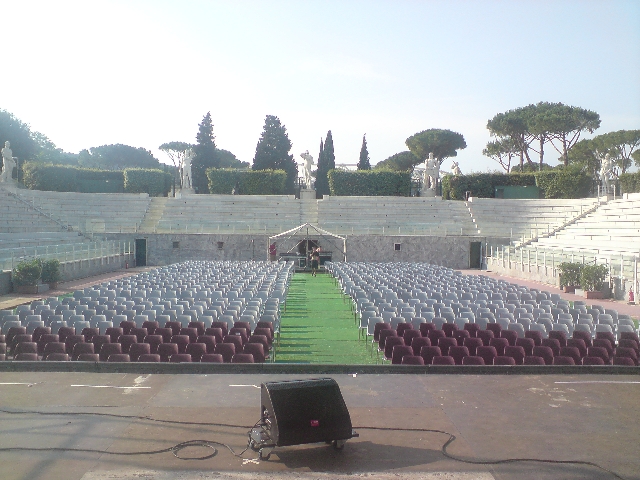 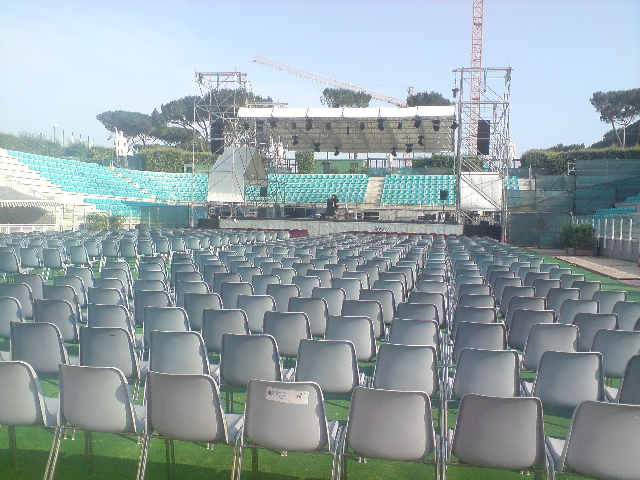 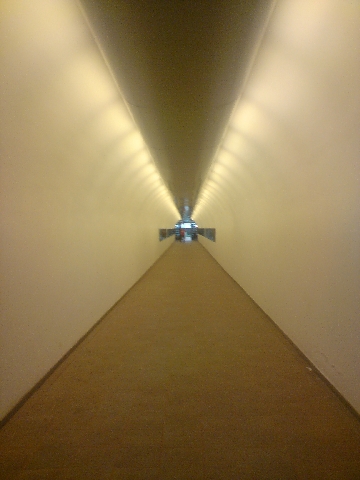 Our dressing room was the main court’s dressing/shower room and, being Italy, was complete with rows of beautiful chrome hair dryers! 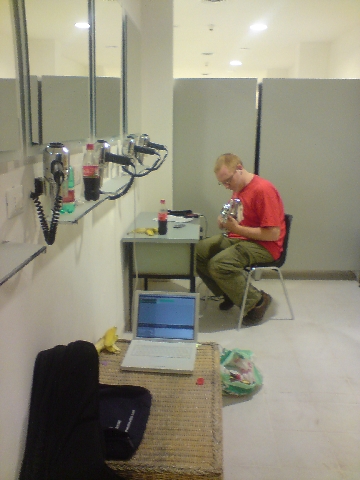 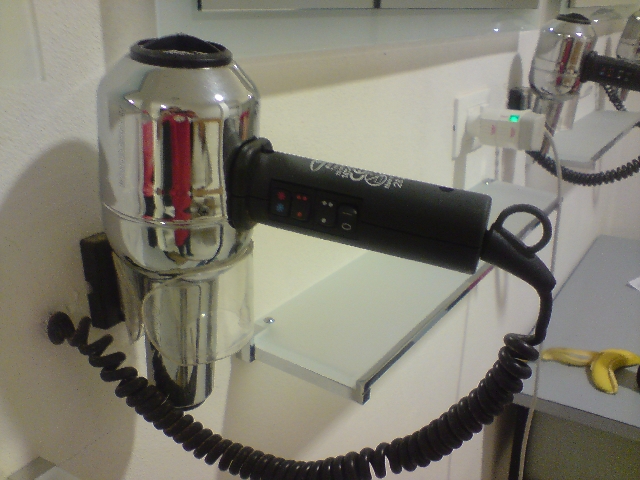 Several naked Italian men walked to and from the showers whilst me and Stuart warmed up for the gig. A stop was put to the excess of Italian flesh in our dressing room when Carl arrived, after setting up his drums, and the room was declared a ‘Carl Palmer Band Only Zone’.

The gig was good; we played well to an enthusiastic (but, again, small) audience. My Whammy pedal (kindly broken by Russian baggage handlers) caused me problems and prevented me from changing patches during a few songs… I really must get the thing fixed. I always love playing Italy; the people get so excited and love to hang out after the gig has finished. Minutes after the encore, I returned to the stage, packed away my pedal board and set about meeting the audience; some new faces but quite a few familiar ones from previous gigs in the city.

Seeing as the following day was a designated travel day with no gig, we decided to find a bar after the gig. We found ourselves in what looked like a tourist bar, called ‘On The Rox’, and drank beer until the early hours of the morning.