We landed in our next city, Ufa, at around 5am and were met by a new group of Russian hosts. On getting into one of their cars we were handed a menu for our evening meal, which we dutifully filled in. The menu consisted of several courses, the options for the first course were either ‘green salad’ or ‘Tenderness’! I decided to play safe, but Stuart took it upon himself to order ‘Tenderness’ without a single inquiry as to what it was!

We arrived at the hotel at just after 6am and found that breakfast started at 7. After killing time in our rooms (free wifi – result!) we met down in the restaurant for ‘breakfast’ at 7 (the first time we’d ever needed to know what time breakfast STARTED!). I had a filling breakfast of porridge and yogurt mixed with muesli – something I’d gotten a taste for on one of our previous Russian internal flights. I finally went to bed just before 8am and set my alarm for 3.30pm. I slept right up until my alarm woke me up, had a shower and met everybody in the lobby to go to the venue.

We arrived at the venue to find a good-sized rock club decorated like some sort of ruined temple – very cool. I was provided with a ‘Slash’ signature model Marshall head, which to my delight sounded great. 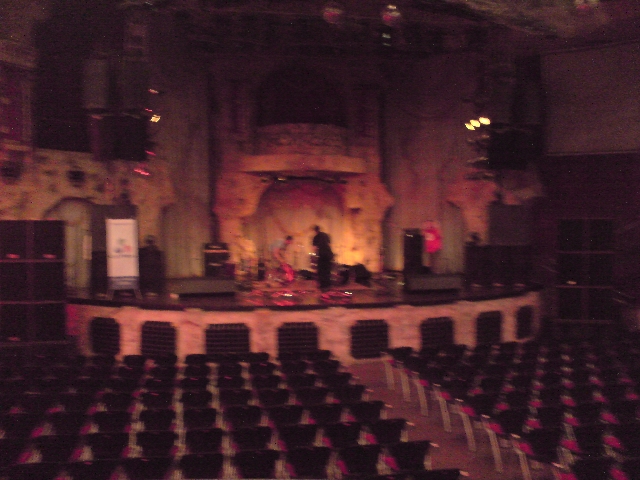 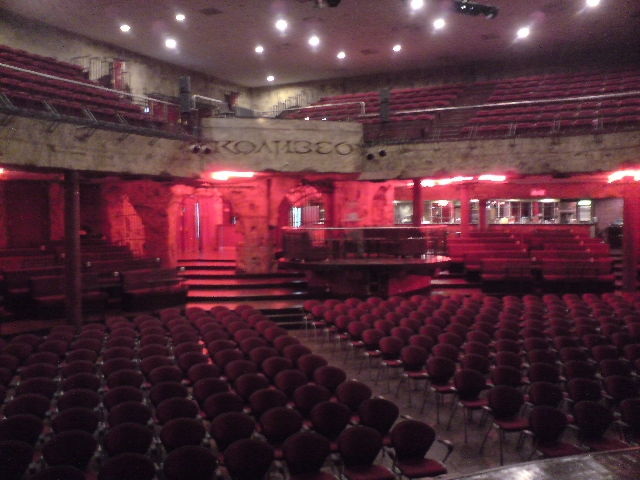 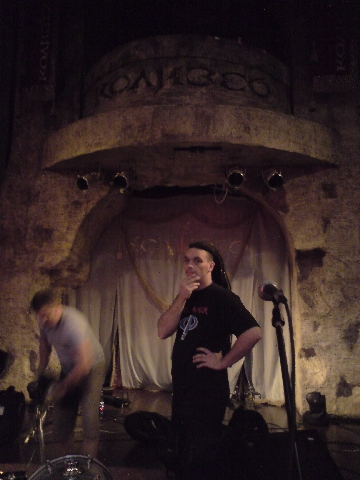 The gig was good, for me much better than the previous night, and the audience, although small, was very appreciative; after the show I had the pleasure of meeting several of them.

This marked the end of our 3rd and final gig in Russia and we returned to the hotel to eat. After being instructed that the restaurant was on the 8th floor, we made our way up and waiting for us when we arrived were 2 green salads and another, mystery dish, which we deduced must have been Stuart’s ‘Tenderness’. ‘Tenderness’, we learned, consisted of pineapple and finely chopped chicken, all mixed up in a creamy sauce with cheese on top! 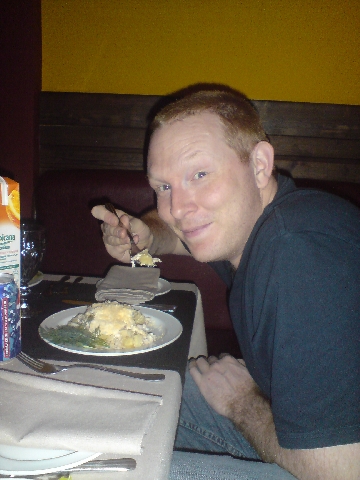 Satisfied by our hearty meal, we returned to our rooms, still feeling like it was the middle of the afternoon (with the time zone issue and fact that I’d spent the whole day sleeping), my body was having none of it and so I made the decision to stay up until I was tired; making phone calls and using the internet until 4.30am.