After a few hours sleep, my alarm went off at 5am, heralding the start of a day of grueling travel; we planned to take 3 trains to Munich airport, where we’d take a plane to Oslo, Norway, for our next gig. On arriving in the lobby I learned that the decision had been made to skip the first train and, instead, take a taxi to the 2nd train station – a move welcomed by us all. By taking the taxi, we saved ourselves 45 minutes, which we spent sat on platform 12 of the afore mentioned train station, waiting for our train. Simone, a seasoned smoker and never one to miss an opportunity for a puff, was confined to a small square painted on the platform floor; the designated smoking area. We whiled away the minutes by pointing out every time his foot strayed over the painted line of his smoking area. 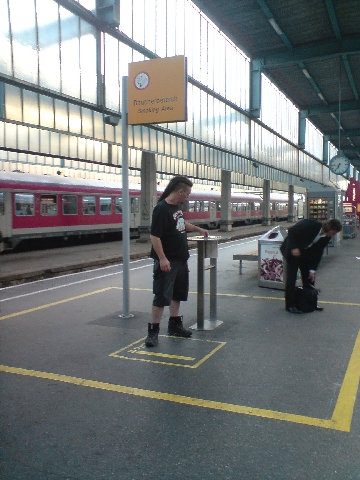 We boarded our train with our mass of luggage, which we proceeded to cram into every designated (and a few undesignated) storage area available; undoubtedly causing much frustration to our fellow passengers. After a 2-hour train journey we reached Munich station and started to disembark the train. A simple activity such as getting off a train is made infinitely more difficult when you’re a band carrying instruments, pedal boards and all manner of other large, heavy items. I stood up and waited for, first, Carl to gather his luggage, then Simone and finally Stuart who had stored all of his bags and cases on top of mine. Alarm bells started to ring in my head; we were taking a little too long for my liking… to my relief we eventually started to move towards the door… the alarm bells stopped… however, it soon became obvious that Stuart was having difficulty; banging his pedal board into the side of each seat he passed; slowing him down considerably… the alarm bells were back with a vengeance… I motioned to Stuart to hurry and then heard the ‘door closing’ signal… the alarm bells intensified to a cacophony… then I noticed that Carl and Simone were stood outside on the platform, unaware that the doors of the train were about to close. Stuart reached the train doors just as they sealed shut. We pushed every available button on and by the doors, resulting in little more than a few beeps, Carl did the same outside the train and Simone shot off down the platform to find someone to help. But our fate was sealed; the train pulled out of the station with us still on it. Exhausted, I looked at Stuart and simply laughed! A few minutes later we received a call from Carl telling us that we’d have to find our own way to Munich airport. We got off at the next station, which thankfully was only a few miles down the track, and dragged our unfeasibly heavy bags to the underground station where, after quite a long period of deliberating how the underground system worked and queuing to buy tickets, we caught another train across the city to the airport. 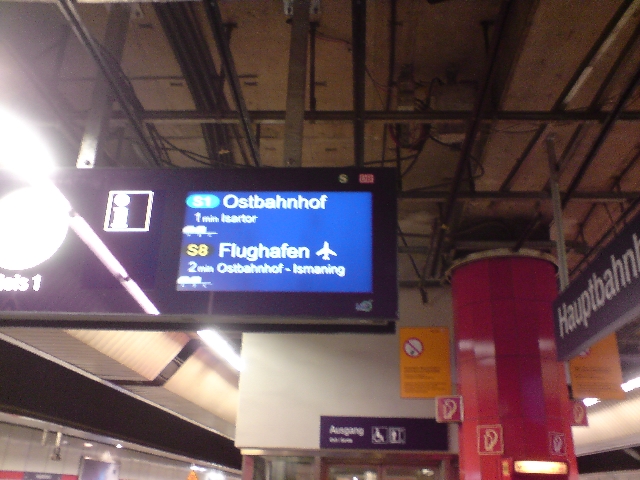 When we eventually arrived at the airport we were faced with the choice of 2 terminals. We opted for terminal 2 for no other reason than the fact that the route had an escalator as opposed to a flight of stairs leading from the underground platform. Our choice of convenience paid off; waiting at the top of the escalator were Simone and Carl, clearly finding this all very funny! After light-hearted accounts of our adventure, we headed to our check in desk.

We arrived at Oslo airport with, once again, nobody to meet us! Travel beaten and sleep deprived, we expected nothing less. However, to our relief, our driver, Adam, had just gone outside the terminal to put more money on his car, in the airport car park, as our plane had been delayed. Adam took us to our hotel where I had time for 20 minutes sleep (you have to get it whenever you can!) before we left for the venue to sound check. Over a hurried dinner we learned that we were due to fly from a different airport the following morning, meaning that we would have to leave the hotel at 3.30am and, seeing as there was an international football match that evening, our show was going to start at around 10.45pm (after the match had finished); meaning that we would probably only get 2 hours in the hotel that night. 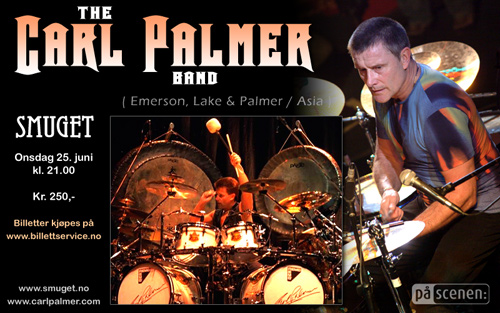 The show went well; a few mistakes and a low attendance (put down to the football) but with one gig under our belts, we were starting to sound more like a band. We got back to the hotel as soon as we could and managed to get 1 and a half hours sleep before we had to leave for our next airport.