In the U.K. petrol stations (gas stations) make a REALLY big deal about you not being able to talk on a mobile phone (cell phone) – it’s meant to be some sort of fire hazard. I remember one tour of Scotland had the constant theme of Carl getting shouted at through the loud speaker in the petrol pump area. This came to be a standing joke on that particular tour. On one occasion I was sat in the car with Dave (a previous bass player in the band) and Carl was walking back through the petrol station to the car. As Carl was walking next to the petrol pumps Dave called Carl’s phone! As Carl answered it Dave screamed through the open window, “He’s on the phone, he’s on the phone”!

Anyway, the point to me telling you this is that I got a great photo of Harry stood next to a gas pump, talking on his phone whilst smoking a cigarette… beautiful! 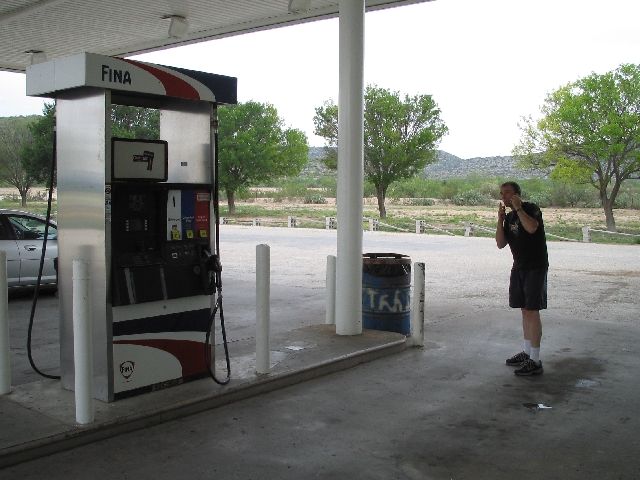 We stopped and had lunch in a town that looked exactly like Steven King’s ‘Castle Rock’. I can’t remember the name of the place, but it was a single road town complete with the George Bush museum of the Pacific War – what more could you ask for?!

We had a great gig. 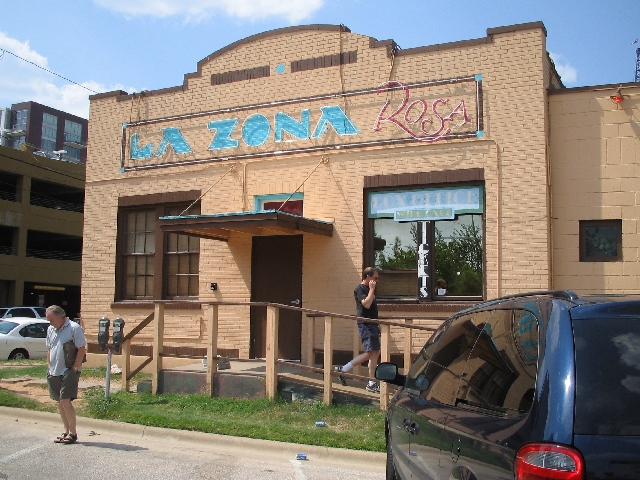 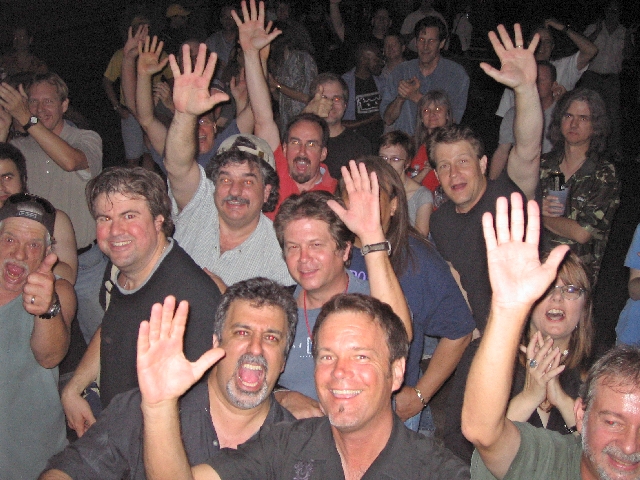 On the signing table I met a lady (she didn’t tell me her name) who said how much she was enjoying these blogs. If you’re reading this, thanks very much for your kind words, it’s good to know that someone’s reading all this stuff!

During the gig there was a guy with a lighter, waving it in the obligatory rock ballad fashion. Even though there’s not even a trace of a hint of a rock ballad in our set, I appreciated his contribution to the gig. So, when I saw him at the signing table later, I told him so. He duly signed his lighter and then presented it to me. :o)