After their first attempt of trying to scare us off with their ‘Dangerous Chemicals’ sign on the hotel wall (see previous diary entry), our friendly hotel’s staff tried to get rid of us once more at breakfast.  Next to all the food at the breakfast buffet table of our hotel in San Francisco was the following sign…

Chemicals known to the State of California to cause cancer, or birth defects or other reproductive harm me be present in foods or beverages sold or served here.’

The Russian roulette of breakfasts! I opted for a small muffin and a coffee… and lived to tell the tale. Perhaps this was a cunning attempt to make guests eat less of the hotel’s complimentary food?!!… In my case it worked!!! 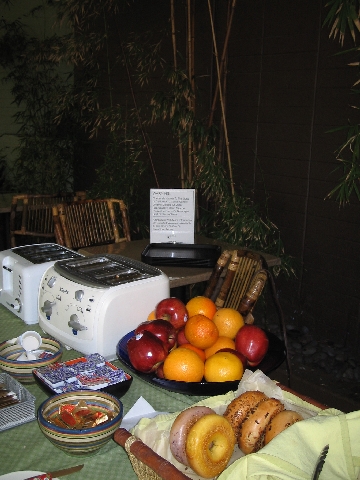 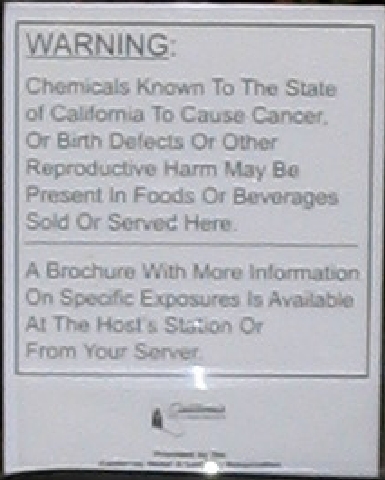 On our drive to Hollywood we stopped at a Gas station where we saw a poster advertising burgers… “Hot and Ready… simply irresistible”. The poster contained a picture of possibly one of the least appetising pieces of greasy ‘mechanically recovered’ meat I’ve ever seen – there was clearly an error on this poster. I took a sticker from Harry’s biscuit wrapper and placed it over the poster to correct the obvious spelling mistake that the advertising company had made, the poster now reads… “Hot and Ready… simply resistible”. Full of pride for my service to the community and to the company for correcting their error, I took a photo of my handy work and we hit the road once more. 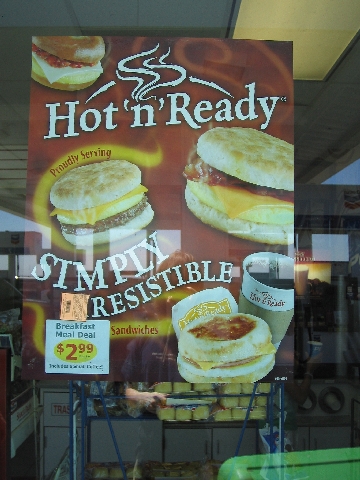 The audience at the Roxy was yet again enthusiastic and the gig went well. 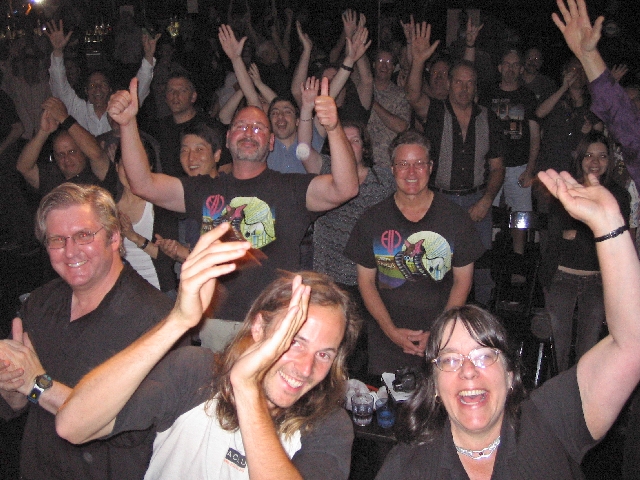 After the show the guy came up to us at the signing table and somehow managed to steal all of our ‘Sharpee’ marker pens from behind the table. When I found out I had to convince him to give them back to us, his reply was along the lines of, “So you’re not getting paid enough… you need to get the pens from me as payment for the show?” I did manage to get them off him eventually though.

At the end of the night I heard that the club had stitched us up for quite a large amount of money and refused to tell us how many people had come through the door. I don’t think we’ll be playing at that venue again!

I came away from Hollywood with an impression of a cold, harsh town that has no doubt devoured many souls and minds with greed and the superficial values of fame, wealth, outer beauty and image.