I got up and had breakfast, which I shared with the birds who were trusting enough to hop onto my table and eat the crumbs from my plate. They had made the hotel courtyard their sanctuary, bathing and drinking from the swimming pool whilst perched on the dividing rope that stretched its width. 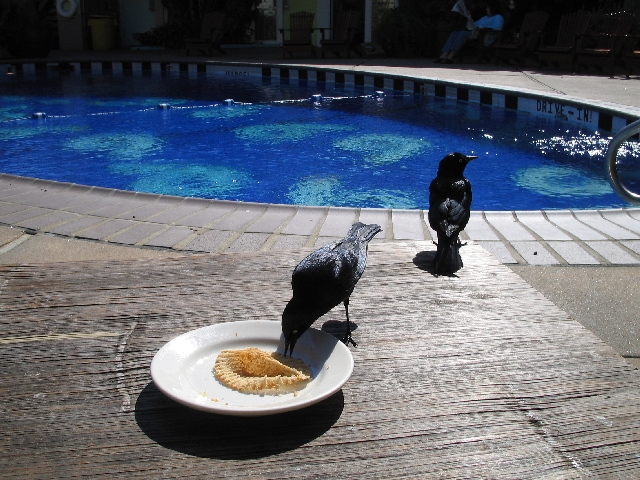 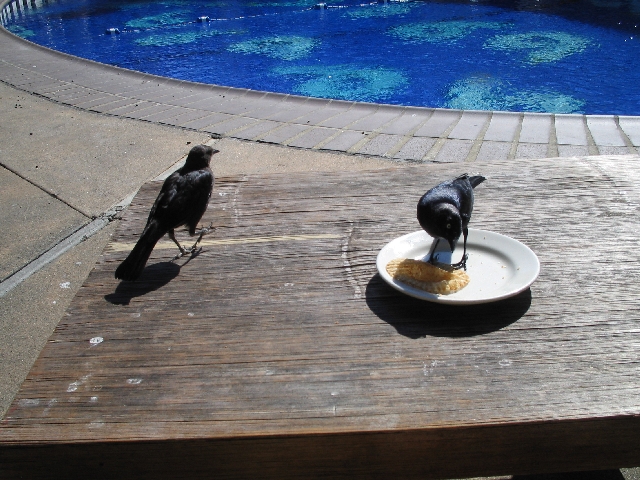 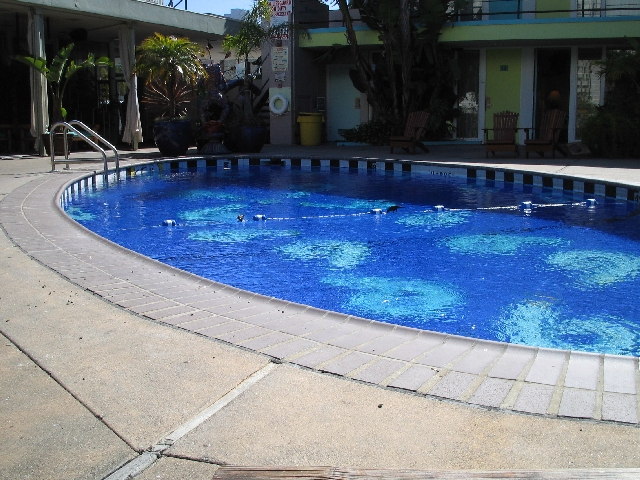 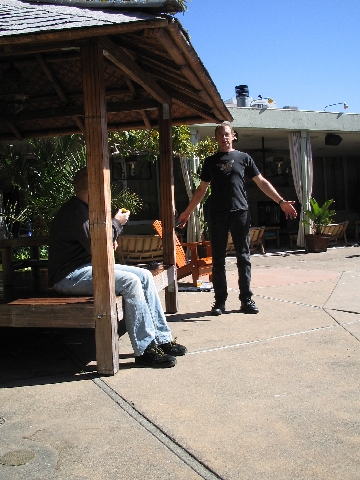 After breakfast I noticed a sign on the hotel wall that made me a little concerned, were they trying to scare us off?… 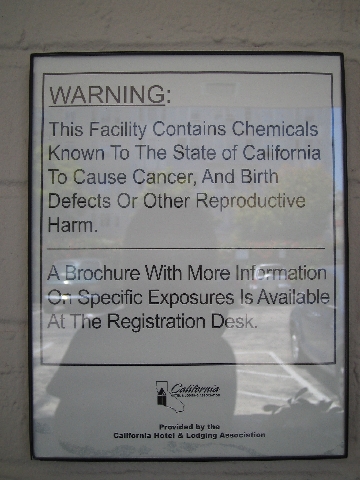 Stuart had arranged to meet the bass guitar legend Stuart Hamm at 11. Stuart Hamm had offered to show us around his hometown of San Francisco. We got into his Volvo and he took us all around the city and to a place called Treasure Island which gave us a great tourist-eye-view of the city, Alcatraz and the Golden Gate bridge. Just before we had to be back at the hotel, he took us to a beach-side restaurant for some excellent fish and chips (a taste of England!). 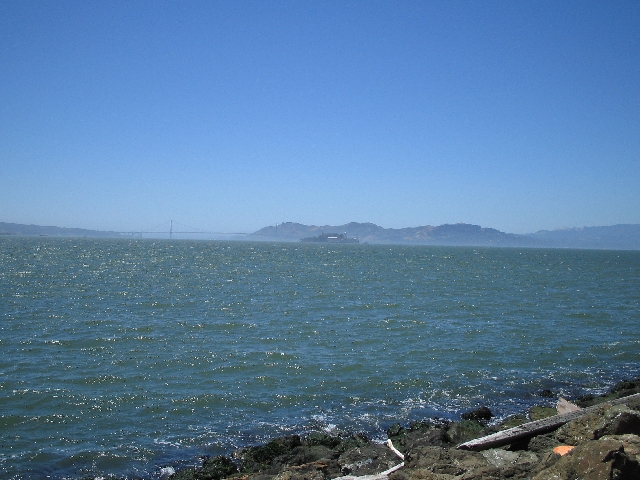 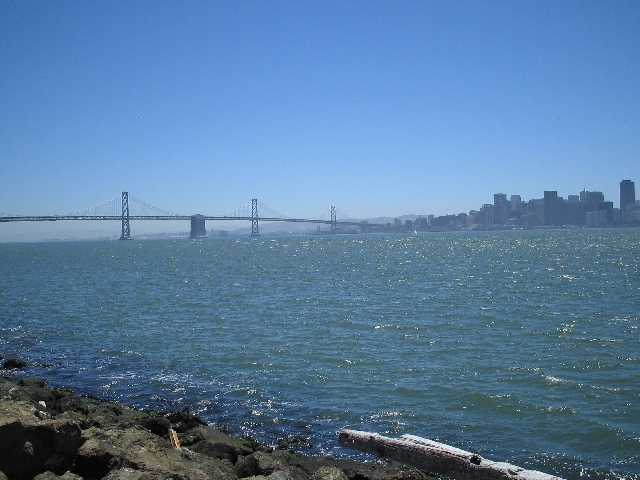 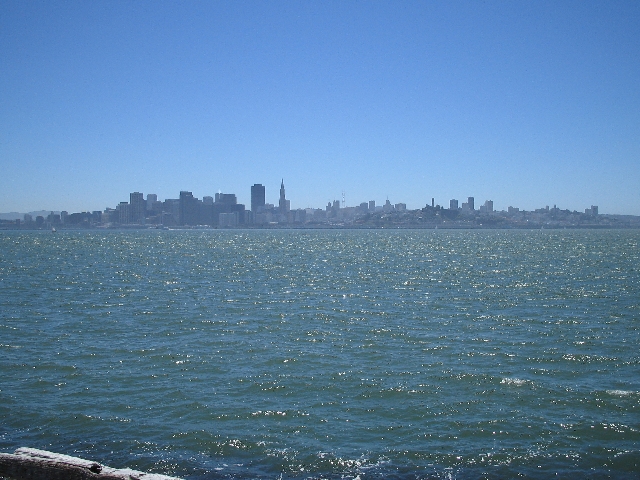 The venue was a small basement club. Upstairs we were given what looked like a large Masonic hall, complete with thrones, for our dressing room! 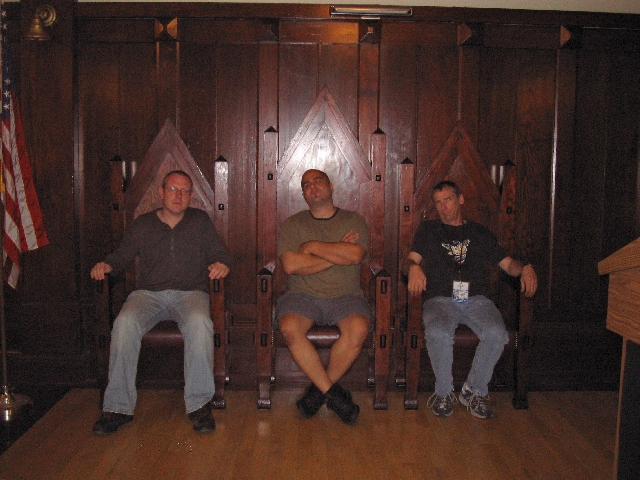 For those of you not accustomed to our show… during my solo guitar spot, I play the theme to Wallace and Gromit. During the tour, this part of the evening has evolved so that now Joe takes the role of puppeteer and makes my Wallace toy dance on top of my amp. The audience laugh, I stop and pretend to be puzzled about what they’re laughing at, only to turn around and see Wallace waving at me. At this point I grab Wallace, put in next to the pickups of my guitar and squeeze his foot causing him to say one of three phrases.

Due to the small stage, it was not possible for Joe to hide behind my amp to play his role as puppeteer. So, instead, we rigged up a string mechanism that, when pulled by Joe, caused Wallace to dangle from the top of the stage, in front of me. When the time came for Wallace to jump out the mechanism worked a treat, causing several guys in the audience in front of me to leap back!

The rest of the band were good but I think it’s fair to say that Wallace stole the show that night!

We had an interval (“intermission” for you Yanks) and Stuart Hamm popped his head round the dressing room door to say how much he was enjoying the show – high praise indeed. 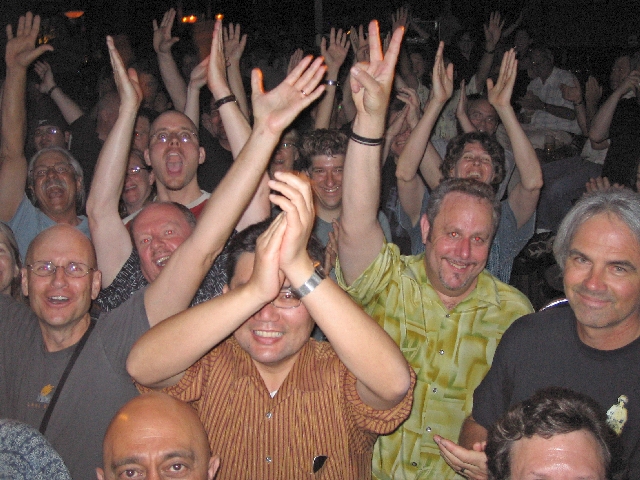