This morning we went to pick up the new amp from the guitar centre. In the shop there was an amazing triple neck guitar – one 6 string, one 7 string and one 12 string neck… very cool! It was for sale for $299!!! Would have loved to have bought it for a laugh but there’s no way I would have ever been able to get it back to the U.K. – we’re carrying far too much as it is! 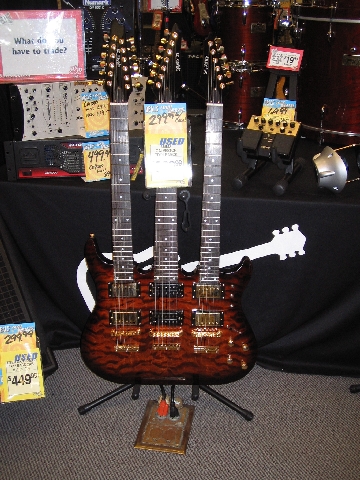 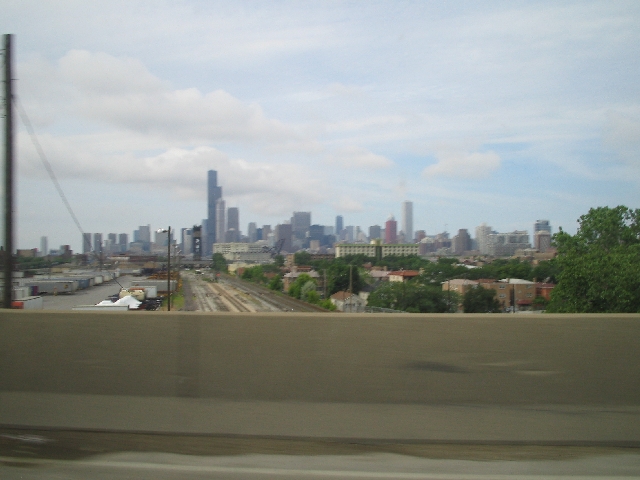 When got to the venue the new amp sounded amazing – I was very happy with my sound that night :o)

The gig was great as usual. This was more of a rock audience. We got a great response – the audience was great and I had a great time. 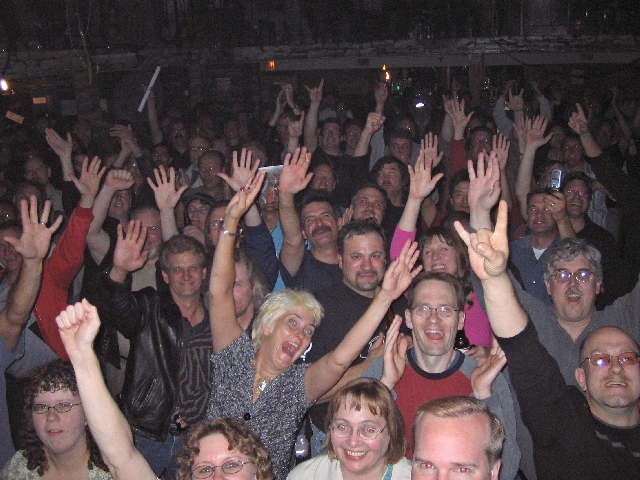 I didn’t realise but Chicago has quite a large polish community. I wore my polish eagle t-shirt that night and after the 1st song the guy in front of me pointed at the shirt and asked me, “Polski?”. I nodded and smiled. A few moments later Carl announced my name and then the guy’s suspicions were fully confirmed!

The truth is that my Grandfather was Polish, he flew over to the U.K. in the war and married a welsh girl. He died when I was 1, so I never knew him. I don’t know a word of polish (apart from how to say Grandma and Grandad) and I’ve never even BEEN to Poland!!! Still, I have the cool polish name and take the liberty of wearing the polish t-shirt every once in a while! (Isn’t it funny how people with links to other countries/cultures so often latch on to those links and use them to shape their identity… perhaps as a way of trying to explain how they don’t feel like they fit into society, or maybe as an attempt to make themselves more exotic!).

So, after the show, I was met with a few disappointed faces at the signing table when people came up to me and started speaking in polish! 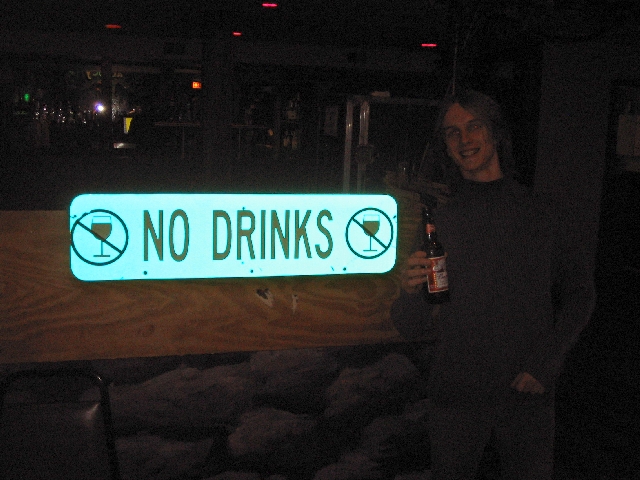 I had no idea at the time, but helping us out that night on the merch table was a guy who does a lot of the artwork for various prog bands. I have quite a few of the Spock’s Beard / Neal Morse CDs & DVDs that he’s done the art work for – they’re great. I met him on Myspace a few days later – if only I’d known at the gig, I would have loved to have met the guy. Anyway, his name on Myspace is MAN IN THE MOUNTAIN (after a lyric in a Spock’s Beard song). Check out his amazing artwork – he’s on my friends list.

That night we stayed in ‘The Purple Hotel’… strange name for a hotel don’t you think? There was some sort of large gospel music convention happening there – the place was full of gospel singers, very cool!