What a memorable gig!

When we arrived the guy doing monitors for us remarked about my PRS gig bag, telling me that he knew Paul Reed Smith very well. When he saw how impressed I was he said he’d call him and get him to come down to the venue. Sure enough, about an hour later I was sat in the dressing room with Mr. PRS himself… He remarked on all the modifications I’d made to the guitar and said he approved of the workmanship (all credit due to my guitar tech back in the UK!) It turns out that Annapolis is Mr. Smith’s hometown and he was very eager to show us around, so before the show he took us on a small tour of his town – very surreal! 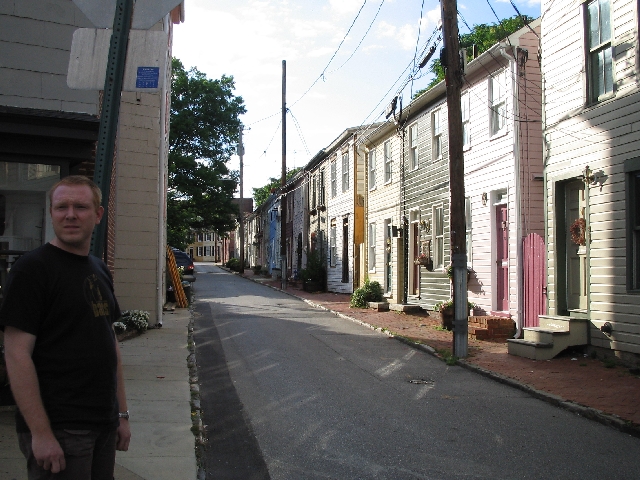 I wanted to get him to sign the reverse of my guitar’s headstock and presumed that he’d be around after the show… bad presumption… I think we were too loud for him (he suffers from tinnitus) so he left during the show. Just goes to show, you should always seize an opportunity whilst it’s there – another important lesson learnt that night!

The gig went well. Was a bit of a strange venue… almost a diner! 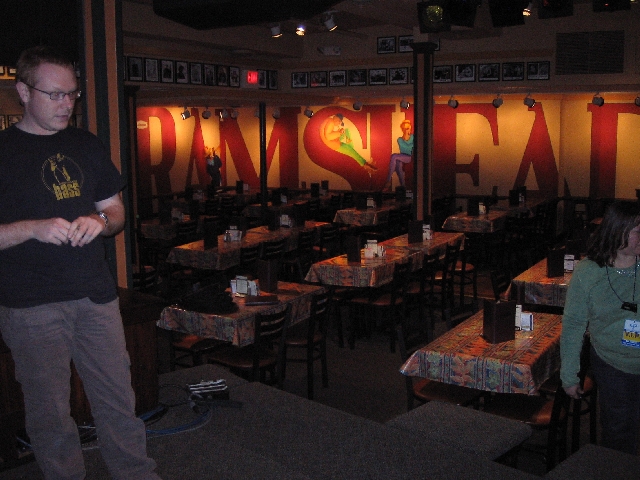 The audience was great though… 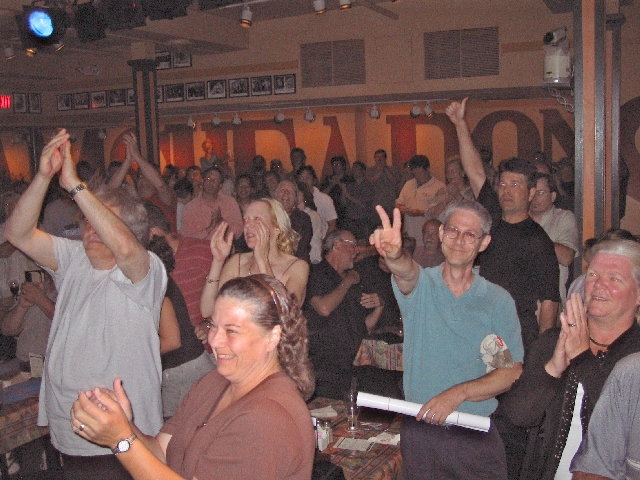 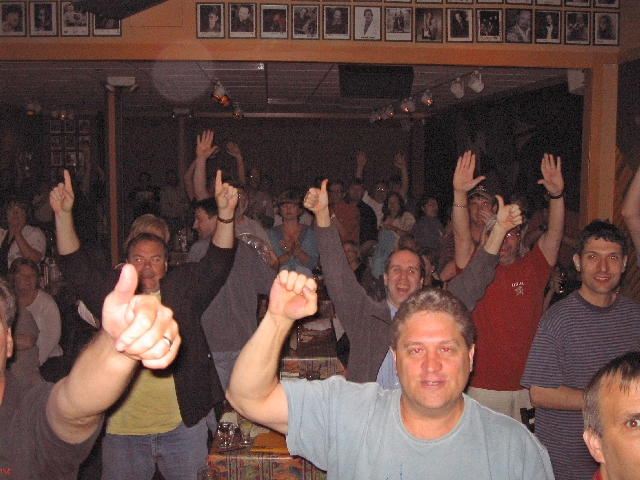 After the show we had a great meal at the venue and a glass of their amazing local wheat beer!