One said, ‘Jesus said, “Let the little children come to me”… Join us for Church school, Sundays 9 a.m.’.

Another said, ‘Open for rest and prayer… all welcome’.

The last one said, ‘Church parking ONLY, all others will be towed’. 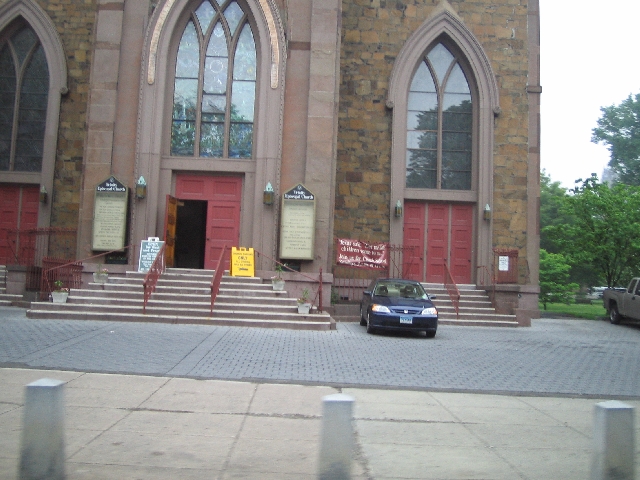 Now, I’m not judging anyone, but surely the church is not on earth to be concerned with parking!

We stopped at a Sam Ash guitar shop where Harry bought himself new amp and Carl tried out a blue flowery guitar – very him! 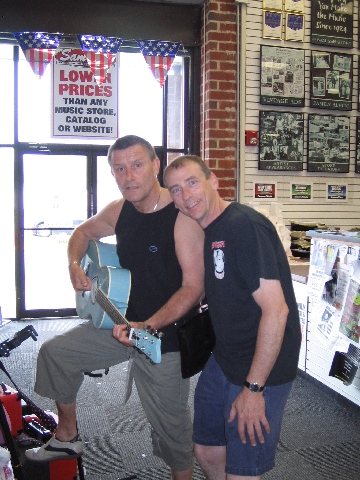 We played a sold out show at the IMAC theatre. 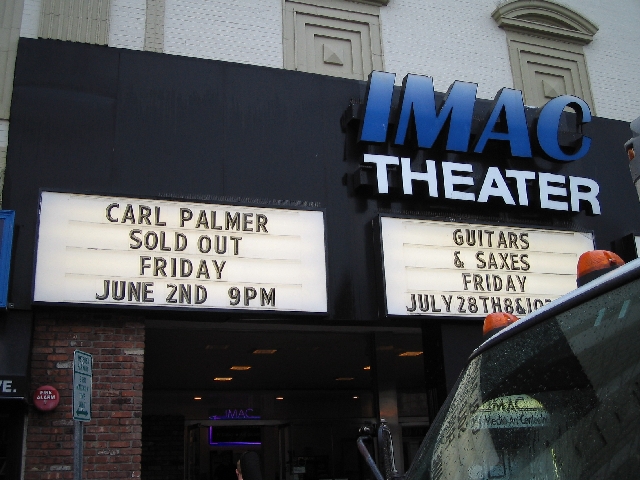 Again some very cool people had played there – there was a signed poster of Tuck & Patti in the dressing room. I’m a big fan, me and my girlfriend sometimes do a jazz duo where we cover a few of their songs. 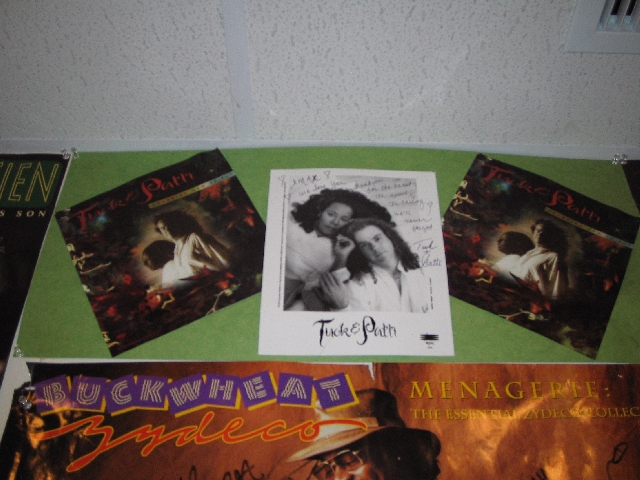 Apparently the IMAC theatre as it is now is just the balcony section of a much larger old theatre. The seating area is the seating area from the balcony and the stage now hovers somewhere above where the ground level seating (or stalls) used to be.

We had an interval during the show. The 1st half of the show was amazing – we were all really on it and the energy level was way up. However, with shows that contain an interval, it’s always really hard for the band to start the second half of the show with the same level of intensity as they finished first half. I really struggled with that on this gig. The task was made even more difficult by the fact that a lot of the audience hadn’t returned to their seats by the time we came back on – so we had lots of people walking to their seats during the first couple of songs. So unfortunately, for me, the second half of the show wasn’t the climax it should have been. Still had a good time though – just made for a different dynamic to the show. 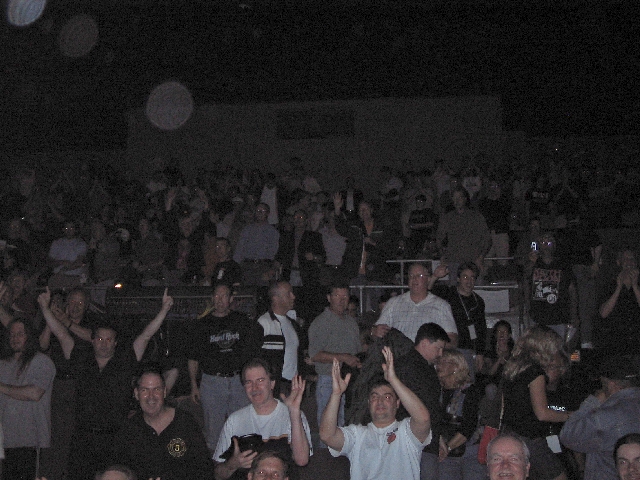 After the show we surprised Harry with a birthday cake and a bottle of champagne – a good time was had by all!!! :o) 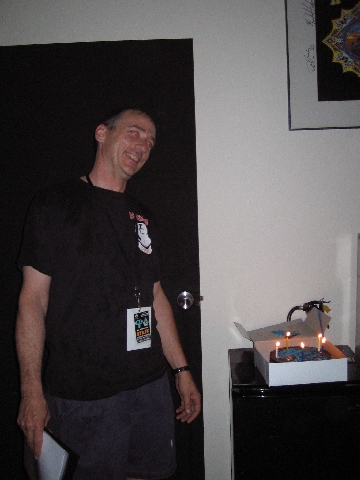 Darren, Bruce Pilato’s son, brought his complete collection of Futurama DVD’s and lent them to me for the rest of the tour – marking the start of my obsession with the show!