When we got to the venue, we walked into the dressing room and saw that the theatre had kindly provided us with several copies of a magazine entitled ‘Bridal Guide’. There was a cover feature on ‘Long Distance Love’ – very useful when your girl friend’s 7000 miles away. 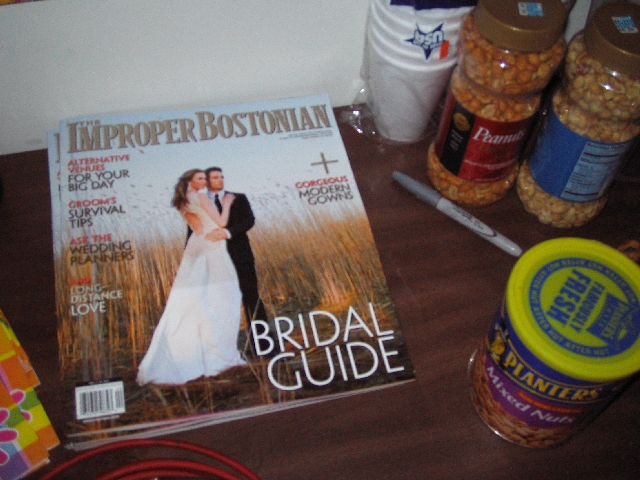 Both Stuart and myself played the show in our BPE t-shirts, as promised, and were greeted by several excited parents and students from Beachmont, all wearing the same BPE t-shirts.

The gig was good. I do remember that there were quite a few moments of sloppiness on my part – I didn’t play as well as I’d hoped I might, but nobody seemed to notice! 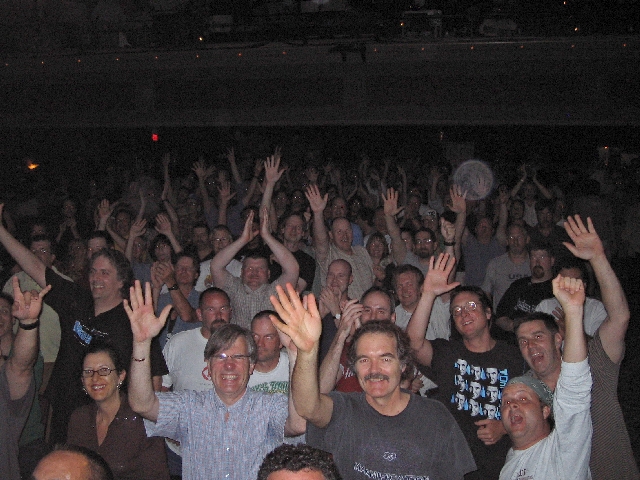