Much of today was spent meeting the crew for the tour.

Allow me to introduce them… 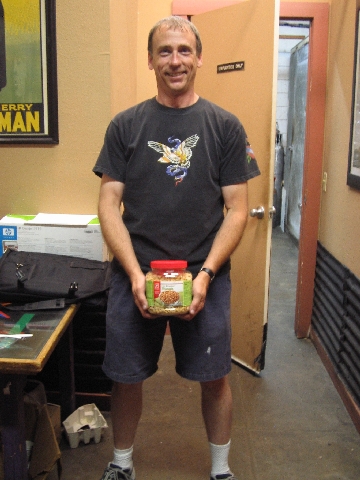 Joe – Production / Stage manager. Joe is responsible for all things on stage during the show. He’s a guitar tech, bass tech and drum tech. Joe is a great guitarist in his own right… he’s played and sung in loads of metal bands… Overkill, Anthrax and his current band, Atomic 66 to name just a few. 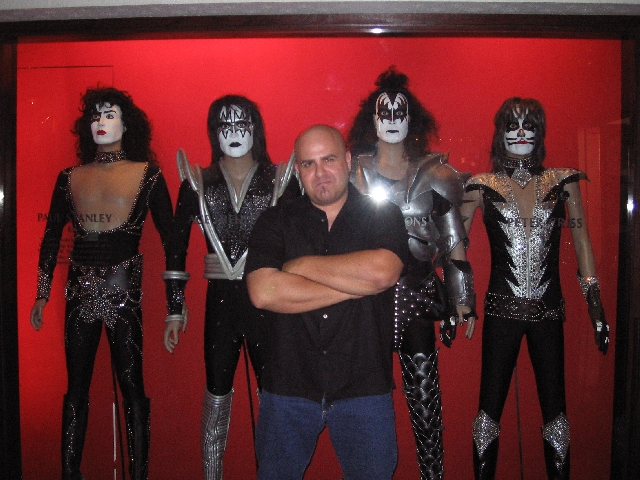 Kate – our lighting director. Kate’s challenge is to take whatever lighting rig she is presented with from night to night and manipulate it to create a lighting scheme for the show to match the moods and the (sonic) colours (thats colors if you’re from the U.S.!) of the music – some of the lighting rigs she’s faced with require somewhat more manipulation than others! Kate is the red head who you will also see behind the merchandise table at the end of the night.

So, that’s our crew. If you do come to one of our shows, please remember that these people play just as much a part in the show as we do… so if you enjoy the show and want to congratulate us (as so many of you so kindly have done so far) please don’t forget their contribution.

After meeting the crew, we went to the warehouse where both mine and Stuart’s amps were being loaned from and where Carl’s drums were being delivered to. I picked out two Marshall JCM 900’s and we had a quick run through a few tunes (which, between me and you, sounded a bit on the rusty side!). 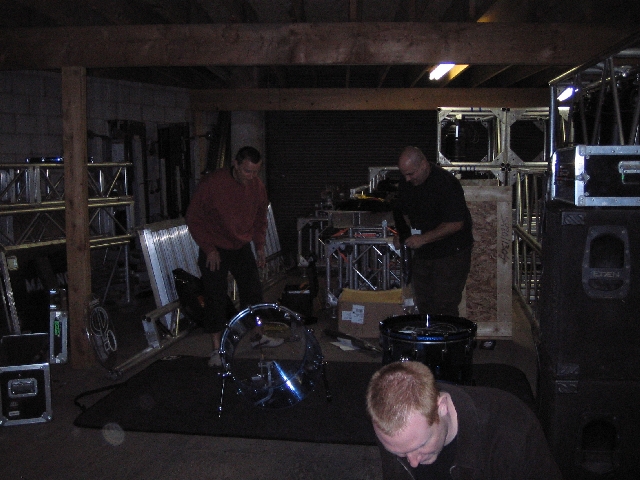